Microsoft believes that India will have a great role in the Artificial Intelligence revolution and Anant Maheshwari, Microsoft India president pointed out that India is already third in the list of countries with AI skill sets. 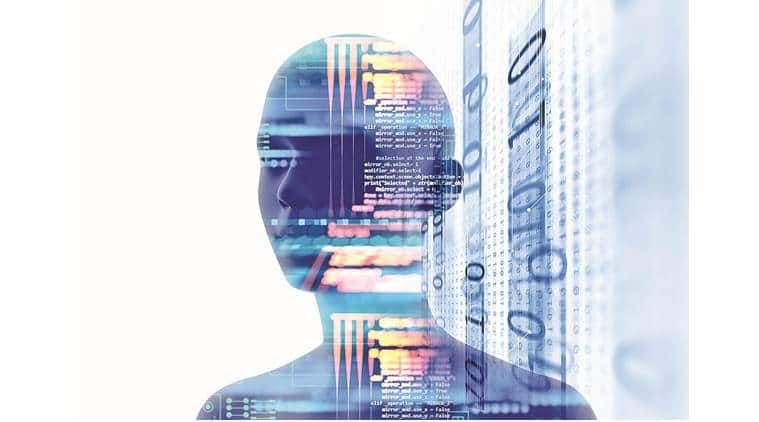 Anant Maheshwari, Microsoft India president, highlights that India is already third in the list of countries with AI skill sets.

Microsoft sees India poised to play a significant role in the Artificial Intelligence revolution that is gripping the world, the tech giant’s India president Anant Maheshwari said Wednesday. He was addressing media and analysts at the Microsoft R&D Centre in Bangalore.

India is already third in the list of countries with AI skill sets. “India is at a unique position to play a great role in this revolution,” Maheshwari said, explaining how the world is at a convergence point in relation to tools, data and the cloud, the key ingredients for AI technologies.

“As of now, only 8 per cent of GDP is affected by digital technologies. But this number will be be 60 per cent in 2021,” he said, adding how being such a big population India is generating data at a huge scale.

Maheshwari said the next wave of innovation for India is being driven by the tech intensity of companies. This essentially means how they combine rapid adoption of cutting edge tech with the company’s own distinctive tech and business capabilities.

“We believe AI will enable Indian businesses and more for India’s progress, especially in education, skilling, healthcare and agriculture. Microsoft also believes that it is imperative to build higher awareness and capabilities on security, privacy, trust and accountability. The power of AI is just beginning to be realized and can be a game-changer for India,” he added.

Microsoft AI, the company claimed, is fuelling “digital transformation” in over 700 Indian companies — 60 per cent of which was large manufacturing and financial services enterprises. The explosion of AI-driven technologies is bringing down the cost of predicting something like never before.

“The world is a computer today… everyone is generating data. The whole computing fabric of the world is continuous.” For the record, the world now produces about 16 Zetabytes of data every year.

“But when we all start asking what we would like to predict,” Maheshwari said, the range of what is possible with Artificial Intelligence will explode. His optimism is not unfounded.

The explosion of AI-driven technologies is bringing down the cost of predicting something like never before. “That power in now in the hands of a lot of people and this is what will drive the tech industry,” he added. “This is not futuristic, but happening right now.”

However, Sundar Srinivas, Microsoft’s GM for AI, primed this vision with a bit of reality. “It not what we can do with AI, but what we should do or what we should not,” he said, underlining how it was time to set some principles and ethics of AI. There is good reason why these questions are discussions are happening. Underlining breakthroughs in Microsoft AI, Srinivas said in vision tests, speech recognition and comprehension, the success rate was now at human parity. That means they are already as good as humans in some cognitive skills. The way AI is conceived, it will only get better.

This could also mean a large demand for reskilling as it is estimated that at least about 40 per cent of employees will soon be working on skills they don’t possess at the moment, says Rohini Srivastava, National Technology Officer of Microsoft India. Interestingly, the company is gearing up to set up AI labs in 10 universities and train 500,000 youth across the country. It will also upskill over 10,000 developers over the next three years.

(The writer is in Bangalore on the invite of Microsoft India)