Google Street View's technology allowed researchers to tap into a standard dataset of panoramic photographs that use GPS to map images to specific locations. 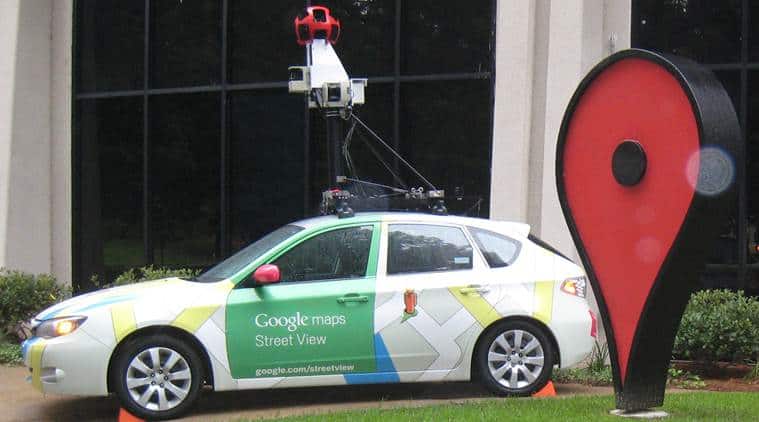 Google Street View’s technology allowed researchers to tap into a standard dataset of panoramic photographs that use GPS to map images to specific locations.

Scientists have used over 100,000 images extracted from Google Street View to map and quantify how street trees regulate urban ecosystems in megacities like Delhi and Shanghai. While it is generally accepted that trees and plants benefit urban environments, until now researchers have had very little data to work with in order to quantify the extent that street trees regulate urban ecosystems.

Most of the research has been conducted in the temperate zones of Europe and North America, but little is known about how trees contribute to urban ecosystems in tropical regions. With populations exploding in megacities like Shanghai and Delhi to over 20 million people, it is important to understand how green spaces contribute to urban sustainability.

Researchers in the Future Cities Laboratory at the Singapore-ETH Centre, a research outpost of ETH Zurich, developed a method to map and quantify how street trees regulate ecosystem services. Using nearly 100,000 images extracted from Google Street View, they analysed hemispherical photographs using an algorithm to quantify the proportion of green canopy coverage at 50 metre intervals across more than 80 per cent of Singapore’s road network.

Google Street View’s technology allowed researchers to tap into a standard dataset of panoramic photographs and streetscapes that use a global positioning system (GPS) to map images to specific locations. The high spatial resolution of the images allowed researchers to estimate the amount of solar radiation that reaches the Earth’s surface.

“In addition to cooling urban microclimates, these trees, which are integrated within dense urban street networks, also provide other benefits, such as reducing the risk of flash flooding and cleaning the air,” said Peter Edwards, Principal Investigator at the Future Cities Laboratory.

Researchers said that increasing the cover of the street tree canopy could reduce ground surface and air temperatures on Singapore’s streets. The relative quantity of the canopy may also serve as an indicator of evaporative cooling from leaves and rainfall interception. “Providing trees to help cool the environment is particularly important in tropical cities like Singapore, which suffers heavily from the urban heat island effect,” said Dan Richards, from the Future Cities Laboratory.

This new and relatively inexpensive method of rapidly estimating the amount of shade provided by street trees could help urban planners to identify areas of a city with low shade and prioritise the planting of new trees, researchers said.

Since Google Street View covers many of the world’s cities, the method could be readily applied to quantify the proportion of canopy coverage and solar radiation in other tropical cities. The method may also be adapted to assess cities in temperate zones that experience a seasonal loss of tree leaves – enabling the possibility of creating strategically greener and more sustainable urban environments.