Analysts' said Google's decision to replace Singhal with Giannandrea was a sign features dependent on machine learning, such as Google's personal assistant 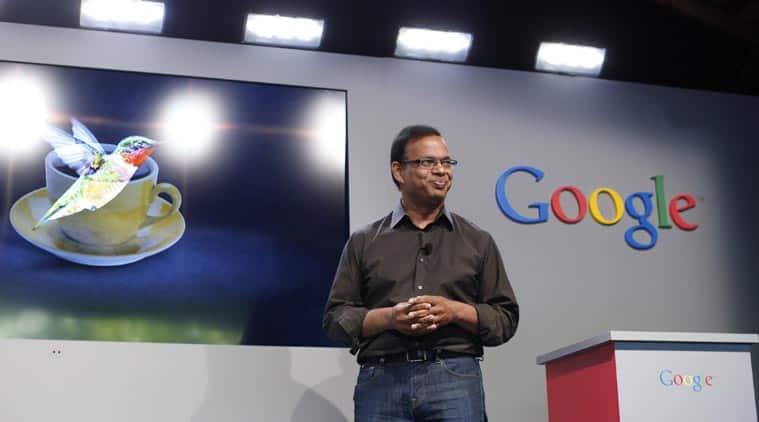 As one of Google’s earliest search pioneers steps down and the company’s leader in artificial intelligence takes his place, analysts say the move signals the company’s desire to make its search engine more sophisticated.

Singhal will be replaced by John Giannandrea, the vice president of engineering who heads its efforts in machine learning, the process in which computers improve performance by analyzing users’ actions.

He joined Google in 2000, two years after the company was founded by Larry Page and Sergey Brin. During his tenure Google developed Adwords, the technology that targets ads based on users’ searches and one of its biggest moneymakers.

His last day is Feburary 26. In a blog post announcing the move, Singhal said he will spend the next 15 years giving back to “people who are less fortunate.”

Analysts’ said Google’s decision to replace Singhal with Giannandrea was a sign features dependent on machine learning, such as Google’s personal assistant, which answers questions and conducts searches with the push of a button, will play a larger part in the future of search.

“The fact that they got the head of artificial intelligence to take over the role is very telling of where they expect to evolve going forward,” said Sameet Sinha, a senior equity analyst at B. Riley & Co.

In an emailed statement, Google called machine learning “crucial to our Search vision of building a truly intelligent assistant that connects our users to information and actions in the real world.”

Giannandrea’s work introduced the technology to products such as image recognition for Google Photos search, which searches through online images, and the smart reply for Google Inbox, which provides automatic reply suggestions for emails.

Google’s stock fell after Singhal announced his retirement. While analysts were hesitant to cite his departure as the primary reason for the stock hit, several said it was a factor.

“Amit was very well respected and had been at Google from the start and helped to define search as we know it,” said Sinha.

Recon Capital Partners Chief Investment Officer Kevin Kelly said “weakness in tech stocks that are trading at high valuations” as well as Singhal’s departure were at play in the stock’s decline.
Google closed down 4.03 percent at $749.38, the largest decline since August.

‘Felt like a rockstar’: Chinese woman gets whole plane to herself on her way home