Google I/O 2018 Keynote address Highlights: Google I/O 2018 opens today on May 8 with a live keynote address by Google CEO Sundar Pichai. The annual developer conference is taking place at Shoreline Amphitheater in Mountain View, California. The Google I/O keynote begins at 10 am Pacific or 10:30 pm IST. There will be a livestream for the keynote on the Google YouTube channel which users can watch as well.

This year’s I/O will be have a number of announcements around Google’s most important products, though we don’t expect any hardware related announcements. Google will talk about Android, WearOS, Android TV, Android Auto, ArCore, and beyond. As expected, Google will announce the second Developer Preview of Android P. There’s also a solid chance we could see a revamped version of Google News, and a set of new features for  Google Assistant. Google is also likely to focus on WearOS, though whether we will get a full fledge revival of this remains to be seen. Google will also focus on machine learning and artificial intelligence at the I/O 2018 conference.

Read on below for Google I/O keynote Highlights

Google I/O 2018 keynote is now over. Several key announcements were made by the company at its annual developers conference, including the availability of beta version of Android P.  Google Assistant is now more conersational and John Legend's voice has been added as well. Google I/O 2018 will be held till May 11.

In the new Google Maps, users will be able to consider checking locations by using their camera. 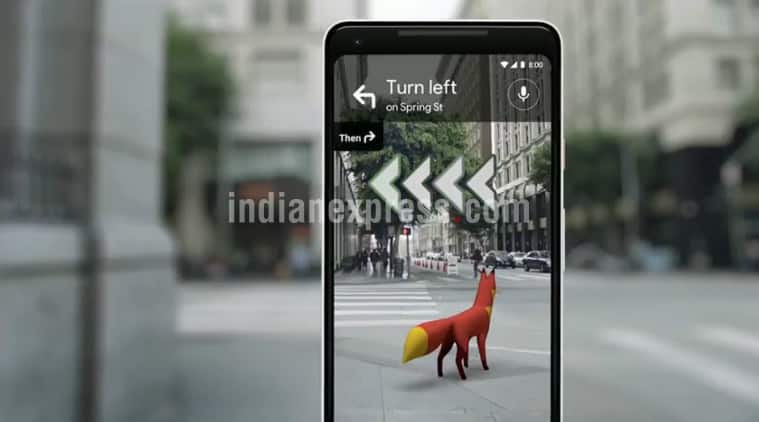 We are now getting a look at self-driving cars, which has been a Google Project for a long time.  Phoenix will be the first place where Waymo’s driverless service will launch later this year. A fully driverless car will come and take the user to their destination. There will be an app for this.

Google Lens is getting smarter

Smart text selection in Google Lens will understand the context and meaning behind the words. It will also let users search for answers around a text. Say when one looks at a menu, they can point the camera and check what a particular dish is from their phone.

Google Maps has a new ‘For You’ feature. Will show places which are interesting to the user, like restaurants close by. A new ‘Your Match’ feature will help show the user places which they are likely to prefer based on previous ratings, interests shared. Again Google is relying on Machine Learning for this feature on Google Maps. There’s also a new Share with Friends feature for real-time decisions. Friends can vote in real-time to pick on a place. Android P will show a dashboard of how a user spends time on their device. Users can see which apps they are using the most, what they are engaging with in the app, the timings, etc with this dashboard. Users can set an App Timer, which will let them set a time limit on the app. DND mode is getting an improvement. Visual interruptions will also be stopped during this time. ‘Shush’ is a new gesture. Turn the phone over on the table and it will automatically go into DND mode. YouTube will be adding a ‘Time Watched’ tool to see how much time is spent on desktop and mobile watching videos.

Slices are new APIs. Define interactive snippets of their app UI, which will show up in search. Slice templates are versatile with photos, videos, etc being shown depending on how developers use this. Early access will be available next month for App Actions and Slices.  ML Kit announced for Google Android P. Ready to use models,  which are built on TensorFlow. Cross platform and runs on Android and iOS. 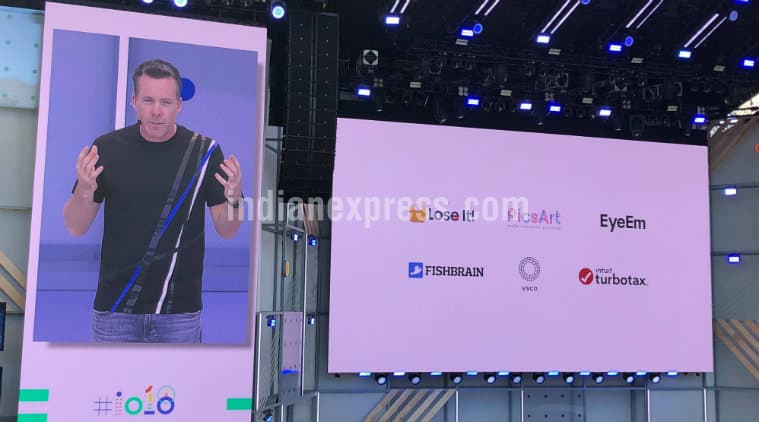 NBA launches new app with ‘NBA ID’ membership program
‘We are more of a consultant in 5G ecosystem’: Corning Wireless VP
Apple Watch Ultra outlives a table surface in new durability test
For China’s auto market, electric isn’t the future. It’s the present
Didn’t get an iPhone 13? Check out these other deals on Amazon, Flipkart ...
More from Technology >>
Google I/O 2018: Android P will focus on Intelligence, Simplicity and Digital Well-Being

Android  P will be a smarter operating system.  New 'Adaptive Battery' feature, which will figure out which apps one will use in the next few hours, which apps one will not use. 30 per cent reduction in CPU app wakeups with this new feature, claims Google. 'Adaptive Brightness' will learn how you like to set the display brightness, and the phone will adapt to a user's preferences.  The UI will be more smarter as well. It will come with 'App Actions' which will predict what action a user wishes to take next. The 'Actions' are predicted based on the usage pattern of the user. Dave Burke, VP of engineering for Android is now on stage to talk about Android P.

Look liks Android P will now be discussed in the keynote. This is what most people have been waiting for in terms of the big announcement.

Google News app is built on the Material theme design. Focus on pictures, videos with news articles. Relies on AI to create the feed for the user. It will also come with a Newscasts feature, which will show all the basics on a topic in a one place, from tweets to articles to videos. Google News will also have a 'Full Coverage' feature, which will give the complete picture of a story, a variety of news sources, right as the story evolves.

“We’ve committed over $300 million for this program,” says Pichai. “I think there is more great journalism being produced today than ever before. This is why we have reimagined our news product. We are using AI to bring forward the best of journalism,” says the Google CEO.

There will be an Android Dashboard to tell you the number of times you unlocked the phone, checked notifications, tell you when to take a break. YouTube will also tell users when to take a break from watching content. It will roll out these features in the following week. Google Assistant will soon be able to call a real salon or any other place to make an appointment for the user. The user can send a request to the Assistant and it will make the call and fix the appointment. The technology which makes this possible is called Google Duplex  and relies on deep learning to make the call and carry out the conversation.  It wil be able to understand the context when making a call. "We will need to get this right," says Pichai on the new feature for Google Assistant.

Google Assistant will come to navigation in Google Maps this summer. Food delivery option is also coming to Google Assistant, but it will likely be limited to the US. Google Assistant to get new features

Google Assistant will get six new voices. John Legend's voice is coming to the Assistant. Google's Gmail will get a new Smart Compose feature soon. It will take care of sentences, address, etc when typing a mail. Google Photos will also get a new smart action features. It will be able to recognise documents and convert them to PDFs immediately.  Google announces TPU 3.0. These chips are so powerful, Google says it has introduced liquid cooling in their data centres.

Gboard in Morse code can help those who are unable to communicate, speak with others. Google is relying on machine learning and AI for this.

Google I/O is the company's annual developer conference, where it makes key announcements regarding its future products.  The focus this year will be on Machine Learning and Artificial intelligence, which are some of the most important fields for the company. Google will also showcase the new Android P operating system, though the final build will be release later. Google News, Google Photos, Android Things, AR and VR announcements are also expected at the I/O 2018 conference.

Disclaimer: The author is attending the Google I/O keynote at the invite of Google India.