Both tablet and Chromebook shipments were down down following a period of successive growth quarters in Q3 2021. 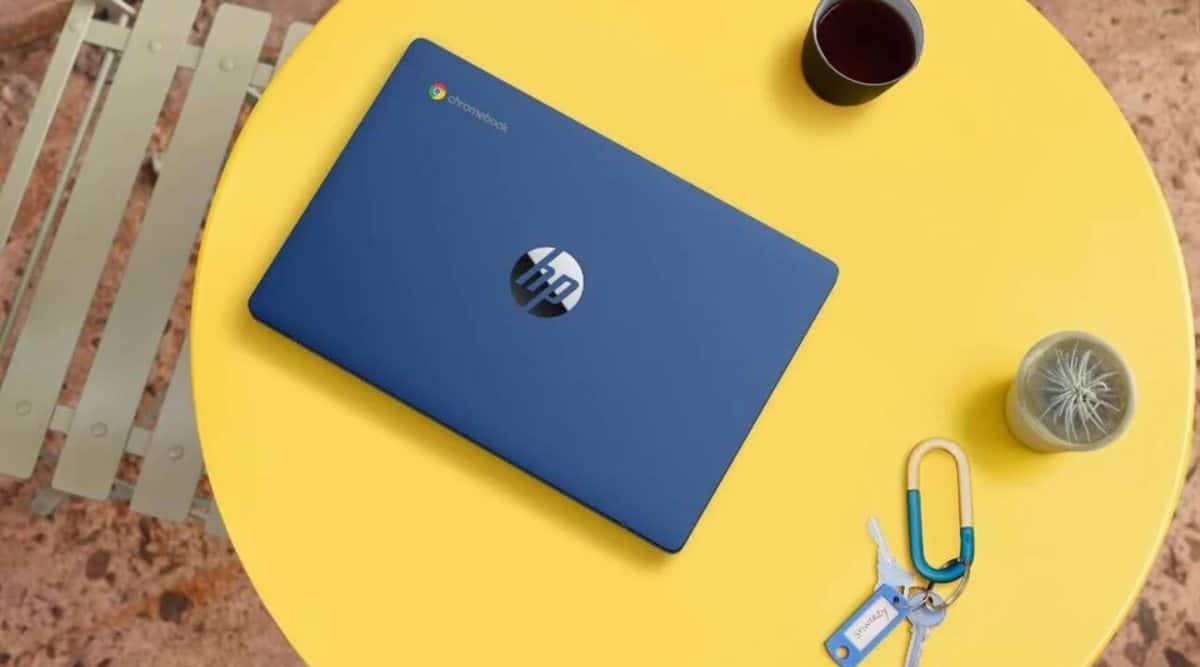 The Chromebook market was hit by a massive downturn, with a 37 per cent year-on-year fall in shipments in Q3 2021. (Image Source: HP)

PC shipments around the globe dropped percent this quarter year-on-year to 122.1 million units, reveals a new report by Canalys. However, the shipment numbers continued to remain well above pre-pandemic levels with a two-year CAGR (compound annual growth rate) of 10 per cent from Q3 2019, the report adds.

Both tablet and Chromebook shipments were down down following a period of successive growth quarters. While tablet shipments dropped 15 per cent year on year to 37.7 million units, Chromebooks suffered a steeper decline with shipments going down 37 per cent.

However, while the overall tablet market fell in Q3, most vendors still shipped volumes above pre-pandemic levels. Apple shipped 15.2 million iPads and maintained its lead in the rankings maintaining a flat year-on-year performance. Samsung stood second despite a 20 per cent decline, shipping 7.2 million units in Q3 2021.

Lenovo, which maintained its momentum, was the only vendor in the top five to see modest growth, with 4.2 million units shipped, up 2 per cent year on year. Amazon and Huawei made up the rest of the top five, with significant falls of 45 per cent and 51 per cent in the quarter, respectively.

“Despite the end of its stellar growth streak, the tablet market remains strong, considering the long period of declines that preceded the COVID-19 pandemic,” said Canalys Analyst Himani Mukka.

“It’s also worth noting that despite the long refresh cycles for tablets, the installed base has ballooned over the last 18 months. Even if many choose not to upgrade their tablets in the coming years, shipment volumes are set to be elevated above what was expected prior to 2020. Beyond the consumer space, commercial deployments of tablets will be an important aspect of the accelerated digital transformation that businesses undertake as economic recoveries, new workstyles and 5G deployments get underway,” Mukka adds.

The Chromebook market was hit by a massive downturn, with a 37 per cent year-on-year fall in shipments (52 per cent quarter on quarter) in Q3 2021. The drop follows after major education markets such as the US and Japan reaching saturation points, with public sector funding of digital education programs slowing down. The Chromebook market has grown tremendously since the start of the COVID-19 pandemic as students have been forced to adapt to new learning settings.

“Chrome’s focus on the education market meant it was bound to slow down at some point,” said Canalys Research Analyst Brian Lynch. “Governments, education institutions and households have invested heavily in Chromebooks for more than a year, and with so many students equipped with devices and schools returning to in-class learning, shipment volumes have fallen accordingly,” Lynch adds.

“Still, Chrome has massively expanded its user base over the past year and a half and will have far more refresh opportunity due to that growth. Google has also made a significant investment in the enterprise market this year as it attempts to broaden its horizons beyond its secure position in the education space,” Lynch explains.

In Q3 2021, Lenovo secured first place in the market with 1.4 million units shipped, representing a 21 per cent year-on-year decline. HP lost its leadership position in the Chromebook market with shipments falling 66 per cent year on year. Acer, Dell and Asus completed the top five.

Edible oil prices to dip on back of bumper production