Epic Games vs Apple trial: Here are all the latest developments so far

The Epic Games vs Apple trial has begun. Here is everything you need to know about the legal fight between the two tech giants. 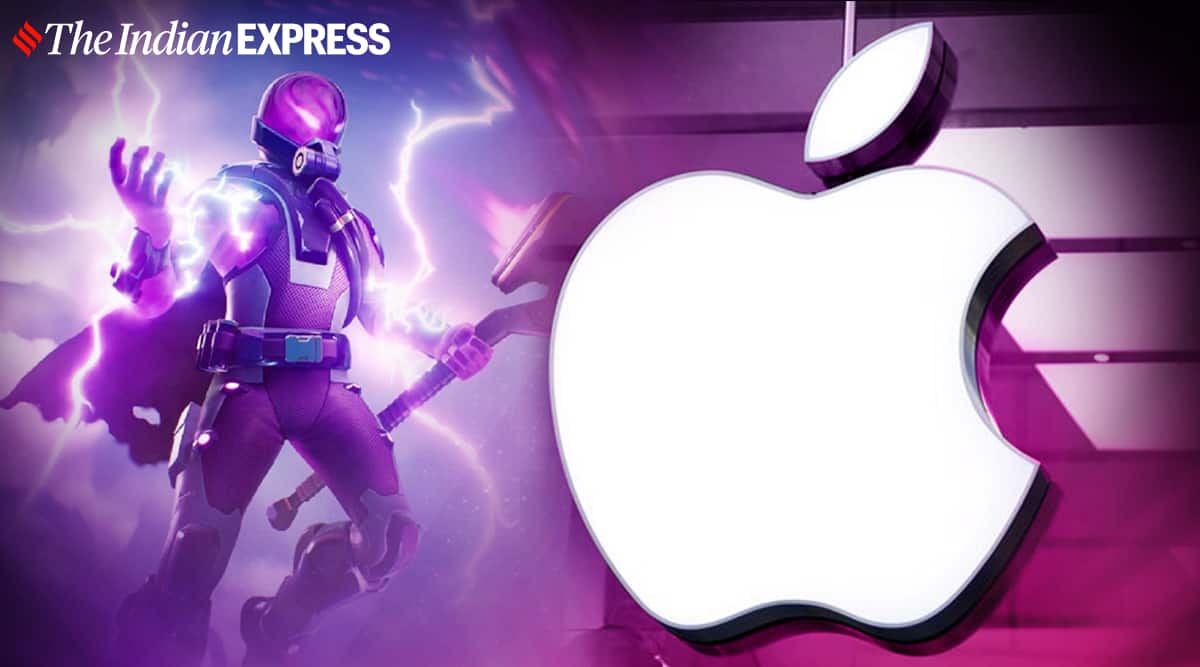 Epic alleges that Apple holds a monopoly on the distribution of iOS apps on the App Store, and that its rules around payments are anticompetitive.

Epic Games, developer of the popular video game Fortnite and Apple locked horns as a three-week-long historic trial kicked off Monday in an Oakland, California courtroom. The blockbuster court battle, which is being covered by the global tech press with great interest, could mark a change in the way how big tech functions. The historic Epic Games vs Apple trial – which many see as the biggest test for CEO Tim Cook – might reshape the Cupertino giant’s business model and the App Store.

The relationship between Epic Games, headed by billionaire Tim Sweeney and Apple turned sour last year when the game developer broke Apple’s rules by putting its own in-app payment system in the iPhone version of Fortnite, bypassing Apple’s 30 per cent fee. In response, Apple kicked Fortnite out of the App Store. Epic Games, a $29 billion company, then slapped Apple with a 65-page lawsuit. The developer alleges Apple of running its App Store as a monopoly. In fact, Epic estimates Apple’s profit from the App Store’s fees is roughly 80 per cent – a huge figure which Apple calls “simply wrong.”

The court battle is seen as the most high-profile antitrust case in the tech world. Lately, Apple and other silicon behemoths including Google, which runs the Play Store for Android users, are on the radar of regulators in Washington and Europe. The case will involve witnesses including Apple CEO Tim Cook and his top brass. Representatives for Facebook and Microsoft are also expected to testify. Epic CEO Tim Sweeney testified on the first day of the high-profile trial.

Here’s every development that has happened so far in the ongoing Epic Games vs Apple trial.

Fortnite made $9 billion in two years

Epic Games’ battle royale game Fortnite made more than $9 billion in revenue in the first two years, court documents from the Epic vs Apple trial revealed. The document highlighted that Fornite made $5.4 billion in 2018 and $3.7 billion in 2019, with the popular game bringing in a total of $9.1 billion in two years. Fortnite now has 400 million total registered users, as per Sweeney. He also confirmed that Epic Games had made $5.1 billion in 2020. But while Fortnite continues to soar in popularity, despite not being available to play on iOS, the Epic Games store is yet to turn profitable.

On the first day of the trial, Apple argued that it built the App Store and the set rules to ensure apps are of higher quality. “Epic wants us to be Android, but we don’t want to be. And our consumers don’t want that either. They want the choice,” Apple lawyer Karen Dunn was quoted as saying by CNBC. Apple said its rules have helped create an ecosystem that immensely benefits iPhone developers. That’s the reason why Apple does not allows iPhone users to sideload apps on their devices like Android. The App Store boasts over 1.8 million apps.

Epic Games CEO Tim Sweeney had reached out to Tim Cook to change its rules for the App Store. In 2015, Sweeney emailed Cook directly requesting to turn the App Store into an “open platform.” The email exchange was made public as part of the ongoing antitrust trial. “The App Store has done much good for the industry, but it doesn’t seem tenable for Apple to be the sole arbiter of expression and commerce over an app platform approaching a billion users,” Sweeney wrote to Cook. Rather than replying to Sweeney. Cook instead forwarded that mail to former Apple senior VP of worldwide marketing Phil Schiller and current Apple senior VP of Internet software and services Eddy Cue. “Is this the guy that was at one of our rehearsals?” reads an email from Apple CEO Tim Cook. It’s a bit weird to note that Epic Games has made a number of appearances at Apple launch events, though Sweeney didn’t necessarily appear on the stage to talk about the company or about a new development.

Phil Schiller, the top executive in charge of App Store, had suggested the idea of cutting its 30 per cent commission rate to 20 per cent in 2011.“Do we think our 70/30 split will last forever?” Schiller wrote in an email to then CEO Steve Jobs and Eddy Cue, Apple’s senior vice president of internet software and services. The email was included as part of the ongoing court battle between Apple and Epic Games and was first reported by Bloomberg. “While I am a staunch supporter of the 70/30 split … I don’t think that 70/30 will last that unchanged forever.” In response, Apple told Bloomberg that Schiller did say the App Store made $1 billion in profit in 2011, and there’s no evidence the App Store’s fees are tied to its profits. The email didn’t reveal much, it does establish that Schiller had the idea to cut App Store commission to remain competitive.

In 2018, Apple attempted to stop Netflix from discontinuing the use of the App Store’s in-app payments system. For those of you who don’t remember, the streaming giant stopped offering in-app subscription options and instead started asking new users to sign up for Netflix outside of the ‌App Store‌ in order to avoid paying Apple’s 30 percent cut. The move didn’t go with Apple, and the company started making attempts to negotiate with Netflix. Per 9to5Mac, Carson Oliver, Apple’s director of App Store business management, sent out an email and asked his colleagues to take “punitive measures” against Netflix after failing to cut a deal with the streaming giant. Surprisingly, a year later, Apple announced its competitor to Netflix in the form of Apple TV+.