Empowered by photography, these children compose a new frame on their lives

As India was coming out of the pandemic-induced lockdown, groups of 15 children, armed with iPhone 12s, started learning the nuances of photography, without being intimidated by a more traditional camera. Rinki is huddling close to her mother. Both clearly brimming with excitement. They are studying a block of four photos shot by the 14-year-old student of Shiksha Education Centre in Gurgaon.

“I love that photo with the cat in it. It is tough to take photos of animals, to get the eye contact right,” says Rinki, confident that she has near-perfect capture in the click she is talking about. In Rinki’s frame above, she loves the capture of the cat the best. (Image credit: Nandagopal Rajan/Indian Express)

She is among the many underprivileged teenagers who got a chance to learn photography with Aditya Arya, renowned photographer and founder-director of Museo Camera in Gurgaon, a museum dedicated to the history and art of photography. Museo Camera in Gurgaon is an ode to the art of photography. (Image credit: Nandagopal Rajan/Indian Express)

As India was coming out of the pandemic-induced lockdown, groups of 15 children, armed with iPhone 12s, started learning the nuances of photography, without being intimidated by a more traditional camera. “Typically the engagement is 15-20 days, mostly Sundays. The kids come in the morning for a briefing, then go out shooting and once they are back there is a critiquing session,” explains Arya in a gallery packed with photos exhibiting the results of the sessions he held with the teenagers from Shiksha and Saksham Bal Vikas Sanstha.

“Why did you shoot it? Did you engage with your subject? What did you talk? What did you hear?,” Arya is wide-eyed as he described the sessions where the results were discussed and how finally the barriers came down for these kids. 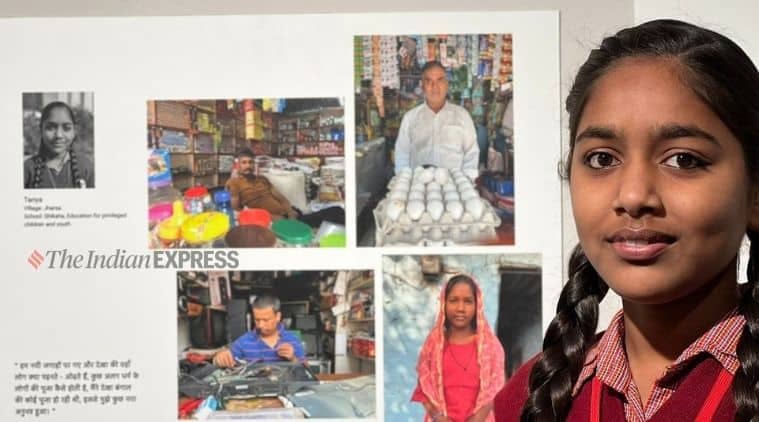 The teenagers seem to have got a proper education. For Tanya, another 14-year-old from Shiksha talks about balancing her photos and getting the eye line perfect. Her set of photos explores daily life too, but may be seen through a different lens, with a different level of confidence that the camera offers. While Tanya wants to pursue a career in acting, Rinki has been evangelised enough by the power of photography to consider that as a career option, maybe with a “proper camera”.

At a small event to celebrate the success of the young photographers, Manisha from Saksham underlines how initially it all seemed unbelievable: “Imagine these children having an iPhone 12 with them, using it, being with professional photographers, listening to them in the studios. It was really surreal for them.” She says while there were questions first on what these sessions will achieve, then through Arya’s eyes everyone started looking at learning as a new experience. “We don’t really need to teach to learn. We need to teach the children to learn by themselves.” Nearby Ashish Gupta of Saksham Bal Vikas Sanstha is showing his father his set of photos. A note with the set says after the sessions he is more confident of talking to strangers and now “I know full Chakkepur”. In the set is a photo of a young tea seller pouring his brew while wrapped in a mesh of light that would fit in any gallery anywhere. In the father’s eyes, a clear sense of pride gleams despite the gallery lights.

Udai Malhotra, trustee of the Shiksha Education Centre, says the programme came at an important time because there was a lot of pent up energy in the children after the lockdown and a lot of it could be channelled here. “It’s wonderful to see a cultural institution in Gurgaon that is running a programme like these for children from underprivileged backgrounds,” he adds. If these workshops were about empowering the children, then Arya says the mission was accomplished. “By the end of it they could walk up to anyone with a phone and say ‘Bhaisahab main aap se baat karna chahta hoon’ (Sir, I want to talk to you),” Arya says, standing next to a collage of the 30 faces that took part in his first two sessions — the selection procedure itself takes a few weeks because they have to gauge the interest of the children being made part of the sessions. 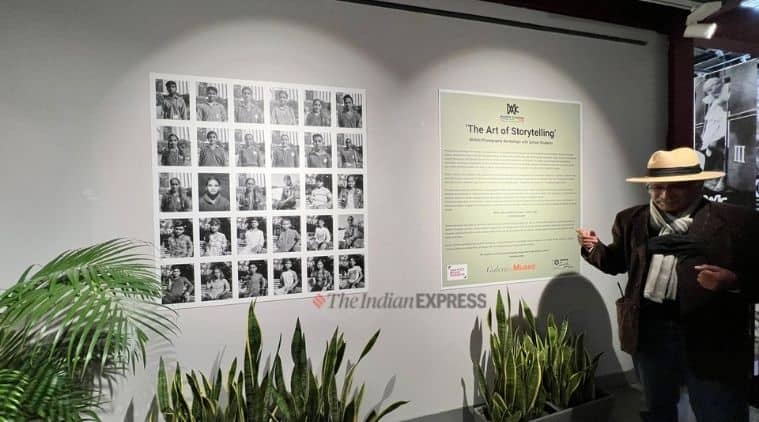 Aditya Arya says it takes a few weeks to select the children who will be part of the programme. (Image credit: Nandagopal Rajan/Indian Express)

Each workshop has 15 candidates as that’s the number of phones Apple had given to Museo Camera for the programme. “It becomes manageable to address them individually. Because what you are teaching them is a visual language.”

Weighed down by all his experience as a photographer of the traditional kind, Arya says the smartphone has, however, taken away all the complications. “They don’t have to learn the grammar of photography…the aperture, shutters and other technicalities. It is purely a tool that helps you communicate and engage and then there is a dialogue between the two,” he elaborates, adding how the experience of teaching photography is so different here than when dealing with children from big schools. “These kids have parents who do day labour… this was giving them an insight into understanding their own communities.”

Museo Camera, India’s first centre for the photographic arts, has over 18000 sqft of space for photography with a collection of over 2,500 cameras and other equipment, some as old as the mid-19th century. It is the largest not-for-profit photography museum in South-East Asia.