Elon Musk’s fight with Apple: Here’s why you should care about it

Elon Musk: In a series of tweets over the past couple of days, Musk has accused Apple of not supporting free speech, charging developers with a ‘secret’ 30% tax on the Apple Store and more. 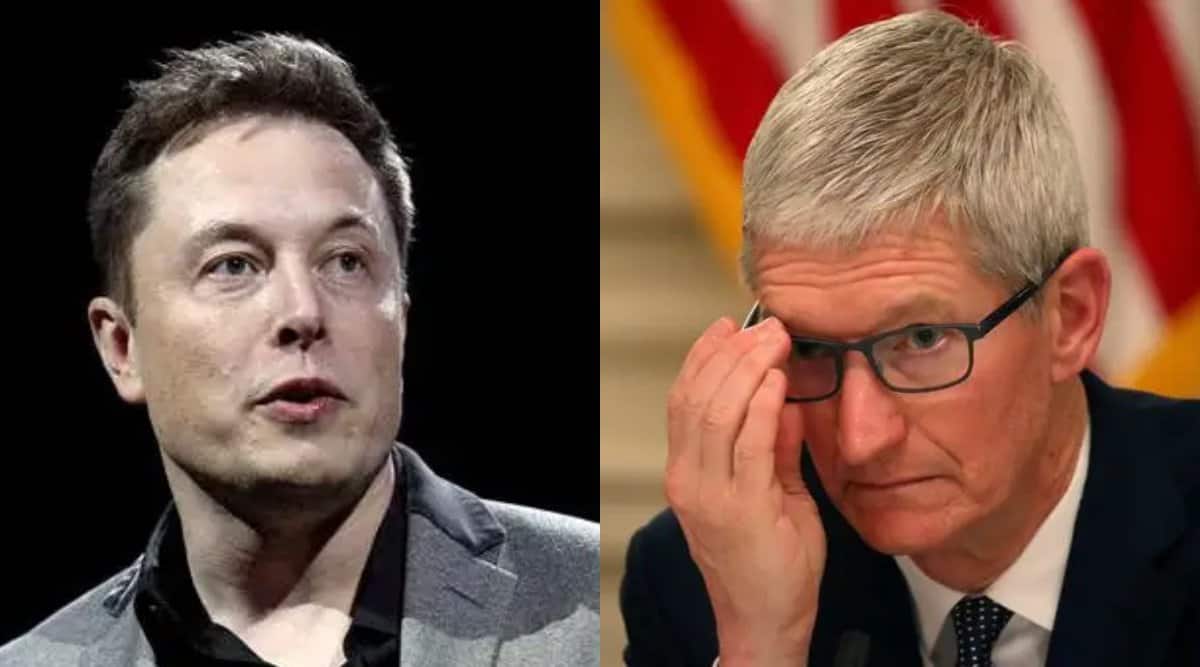 Elon Musk recently launched a series of tweets against Apple, even tagging CEO Tim Cook in one of them. (Image Source: Reuters)

Twitter has been in chaos for weeks now since Musk’s takeover. With key staff members fired, banned accounts back, and many aspects of the platform set to change, one of Twitter’s biggest problems right now could be the advertisers reportedly fleeing the platform. The latest of these seems to be Apple, and Musk has not taken it kindly.

In a series of tweets over the past couple of days, Musk has accused Apple of not supporting free speech, charging developers with a ‘secret’ 30% tax on the Apple Store and more. Previously, the Tesla and SpaceX CEO also hinted at creating his own phone if Apple and Google decide to take down Twitter.

Here’s a deeper look at what’s going on with Musk and Twitter.

To put it simply, the reason for many advertisers leaving the popular micro-blogging platform is the new approach to content moderation on the platform. Musk’s firm stance on free speech has brought back accounts that were once banned for going against Twitter’s policies.

While any new ways of determining what is and isn’t prohibited on Twitter haven’t yet been set in stone, Musk has suggested that Twitter will be forming a new content moderation council that will look over this.

However, this has reportedly not been enough for both activists and advertisers, who have pulled out in masses from advertising on the platform.

Musk’s new implementation of the ‘blue tick’ Verified badge that briefly let any user become ‘Verified’ by paying $8 did not help either. Pranksters used a loophole to get a Blue Tick, change their name and pose as brands and individuals that they did not represent. Fake Elon Musk accounts as well as fake accounts for companies like Lockheed Martin and Eli Lilly now all had a Blue Tick and were tweeting away.

The new verification system is currently on pause and is expected to come back online later this week, with multi-coloured Verified badges.

Amidst the chaos, Musk started tweeting about Apple pulling out of advertising on the platform earlier this week. “Apple has mostly stopped advertising on Twitter. Do they hate free speech in America?” Musk asked in a tweet, also tagging CEO Tim Cook in a subsequent tweet in the thread.

In the tweets since, Musk has had Apple in his crosshairs, saying the tech giant has also threatened to withhold Twitter from the App Store without reason, as well as tweeting about Apple’s 30% tax on paid apps and in-app purchases on the App Store.

A deleted tweet also reportedly suggests Musk said he was going to war with the company. In yet another tweet, Musk has also asked Apple to publish all censorship actions it has taken that impacted its customers. Over 80 per cent of the votes on the poll in the tweet have been for ‘Yes’.

A report by CNBC also suggests that Musk may be luring Apple into a fight with Republicans. If Apple does take down Twitter from its App Store due to any reason, Congress may be looking into the matter with Apple showing the powers of a monopoly.

Musk meanwhile, may be eager to bypass Apple’s 30% cut, which could be a thorn in the way of the billionaire trying to make debt-loaded Twitter profitable.

The report suggests that Apple kicking out Twitter over content is unlikely, but if Musk finds a way to bypass Apple’s 30% cut, the Cupertino-based company may show Twitter the door for violation of its policies.

Losing Twitter will not be a very big blow for Apple, which has removed big names from the App Store like Epic Games’ Fortnite before. However, Apple could be looking at bigger problems if it takes down Twitter over content alone.

The Cristiano Ronaldo goal that wasn’t: How technology came to settle debate on Bruno Fernandes strike