CES 2022: The craziest tech announced so far this year

CES 2022: From a colour-changing car to a remote control that doesn't need batteries - Here are the craziest technological innovations we spotted so far at CES 2022. 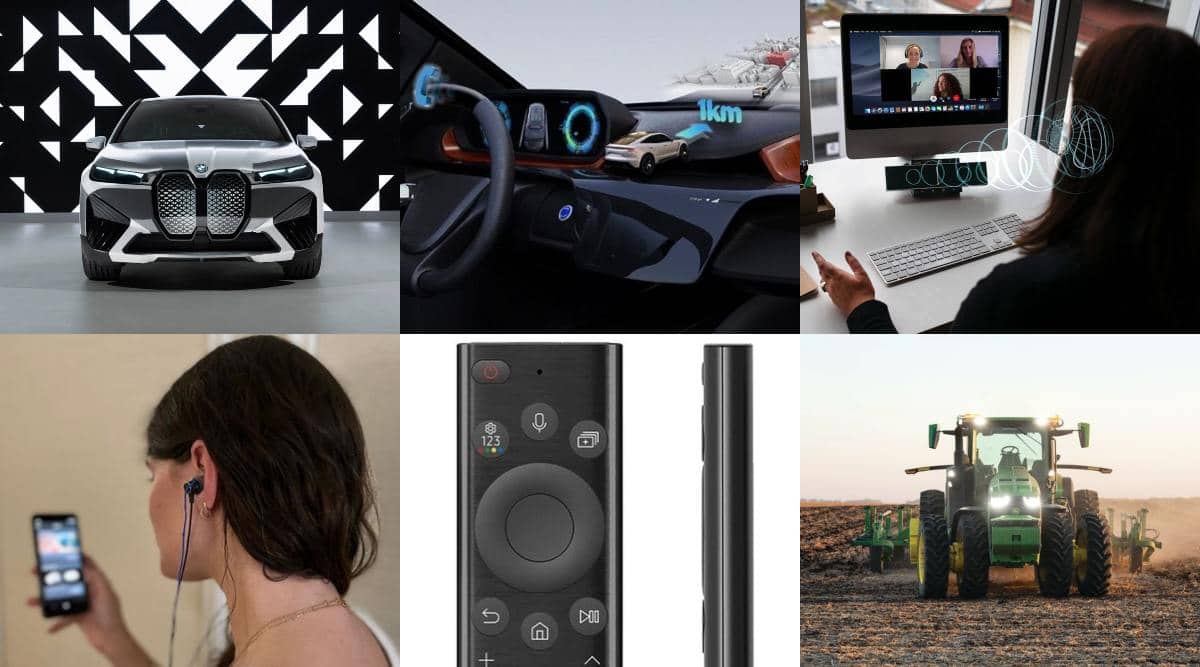 Check out the weirdest tech we saw so far at CES 2022. (Express Photo)

CES is the world’s largest global technology show and also the place where the quirkiest technological innovations are unveiled. Despite its Covid-related issues, CES 2022 has been no different, and with Day 1 now behind us, here are some of the craziest tech we saw at the event this year.

A colour-changing car was something straight out of a spy movie until last year. However, BMW’s new iX Flow car does exactly that. The car is capable of changing its colour completely from black to white and vice versa thanks to something called shade-changing ink. Check it out below.

The transformation is controlled at the press of a button and the benefits are largely aesthetic, but also the fact that you can now keep your car cooler on a summer day by switching to a lighter shade. This is still a concept car, though, and the tech could take a long time before reaching your local dealership.

Imagine the 3D holograms inside Iron Man’s helmet from the Marvel movies, but on the dashboard of your car! The Imuzak 3-D Steering-Wheel display is a display system that lets drivers see all kinds of 3D pop-ups on their dashboard for nearby ATMs, restrooms, and more. 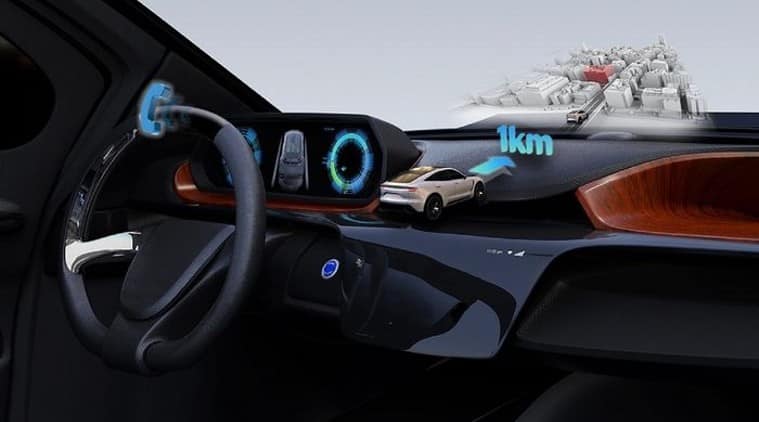 The tech works with the help of a 2.8-inch screen in the steering wheel with a microlens on top that lets you “touch” these 3D notifications to interact with them.

The ongoing extinction of wires has made portable audio very convenient over the past couple of years with wireless earbuds and headphones. However, the interaction bit to control your volume and playback is still a pain, especially if your hands are occupied and you need to pause a song or take a call. Wisear aims to change that with its new neural interface tech that lets users use their minds to change songs and execute other actions. 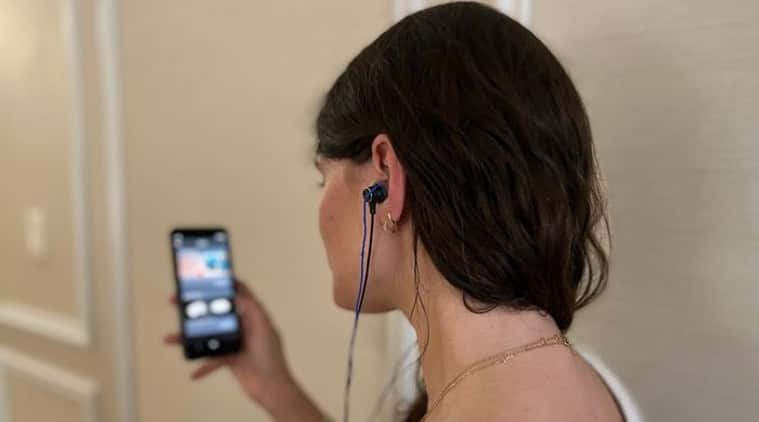 The mind-control tech for music playback could eventually be adopted by other brands. (Image Source: Wisear)

The tech works using tiny electrodes that record brain and facial activity along with artificial intelligence (AI) to transform signals into controls. The company aims at bringing the tech to other brands that make headphones, but the possibilities here could also extend to devices like VR headsets which could become even more immersive by skipping some controls.

The second audio-related tech on our list is pretty much a magic trick. The Noveto N1 headphones are actually not placed on your head but flat on your desk like a mini soundbar. The device then emits audio straight to your ears without any wires or other material in between.

The tech works by emitting ultrasound waves towards your ears that will be audible enough to you but barely as loud as a whisper to others. The product will be able to pair with your phone or any Bluetooth-supporting device and will support calls as well. It is expected to be launched later this year.

Fluigent OMI – A mini lab that you can carry with you

The Fluigent OMI is an automated human organ modelling platform that “emulates biology through organ-on-chip to predict the human response,” allowing drugs to be tested in a 15x8cm box instead of animals or humans. A step forward in microfluidics, the technology can recreate living conditions and carry out DNA or Pathogen testing with reduced duration and overall costs, claims the company. 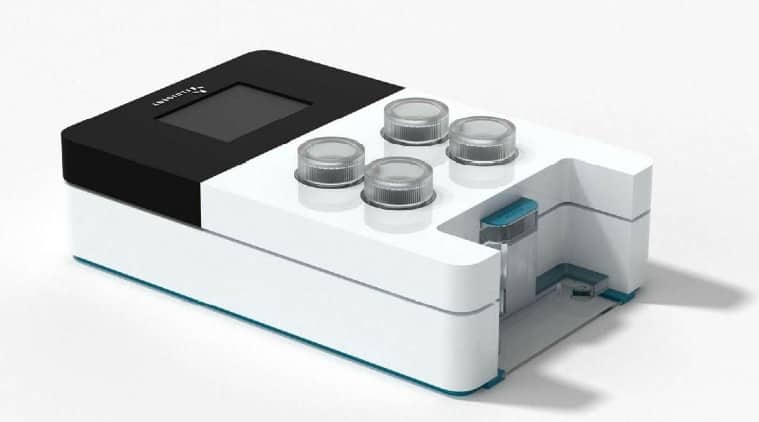 The Fluigent OMI connects to WiFi and iOS/Android devices, works on a battery and fits any microscope. It can also automatically store data on the cloud and support remote control for experiments. 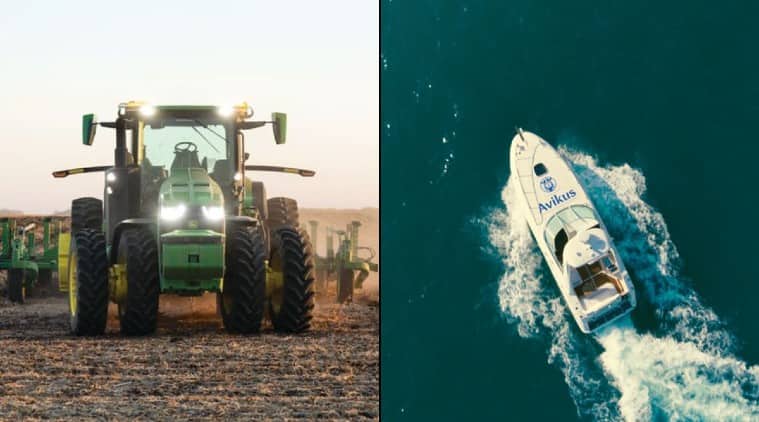 The Hyundai Heavy Industries Autonomous Luxury Boat is a small autonomous boat that can avoid obstacles in the sea and even automatically dock itself to reduce the risk of accidents. The company also plans to test the tech with a large ship later this year.

Samsung has invented a remote that doesn’t need replaceable batteries. No more running down to the store at the eleventh hour for new batteries ahead of a match or movie you’d been waiting for. No, it isn’t solar-powered; Samsung already had that before. 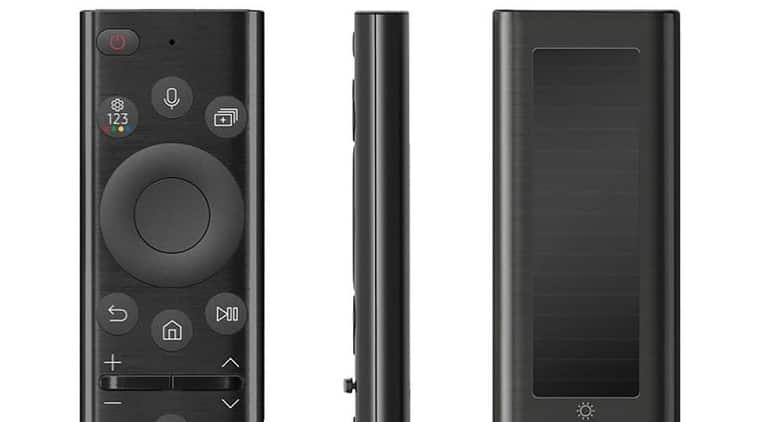 The new Samsung remote will make battery replacement a thing of the past. (Image Source: Samsung)

Instead, the new energy-harvesting remote can pick up radio frequencies emitted by the other tech equipment in your house like your WiFi router. A power-management chip inside the remote converts the collected radio frequencies to electric energy. This energy can then continue to charge the internal batteries of the device.