Apple WWDC 2020 Keynote LIVE Updates: Apple is going to kick off its annual Worldwide Developer Conference (WWDC) 2020 conference at 10 AM PDT (10:30 PM IST) today. The event will go on until June 26. This is the first time that Apple is doing a virtual-only event due to the ongoing COVID-19 pandemic. During the event, it is expected to make announcements regarding new software and hardware (most likely).

According to reports and online leaks, we can expect the company to showcase the new iOS 14, iPadOS 14, tvOS 14, watchOS 7 and macOS 10.16 operating systems. In addition, the company is also expected to announce a new iMac, Apple TV 4K and Apple AirTags. It is also reported that Apple will also announce its move to custom ARM-based processors for its Mac computers. However, the ARM based Macs will release later this year or year next year.

Intel Macs will still be there for some time

However, for the Intel fans, Cook said that "you will see some Macs now come with Apple’s own chipsets, there will be new Intel Macs too."

When will the beta versions of softwares announced today come out?

Developers can apply to get a Developer Transition Kit, which is a Mac Mini that is powered by the A12Z processor paired with 16GB RAM and 512GB SSD storage. The company will start shipping these units next week.

Apple will make the transition to its custom chipsets for Macs within the next two years.

macOS Big Sur will also include Rosetta 2, which will allow the Mac computer to run Intel compatible apps on the Apple silicone. This will help Apple to ensure that the consumers are able to run all the apps from day one.

Opinion: Apple cuts the clutter on iOS, makes it easier to do more everywhere

No lines, no rush for the best seats and no waiting for the event to begin. WWDC was on YouTube this time, streaming CEO Tim Cook and gang directly on to living rooms of thousands of developers and millions of fans all over the world. Even as Apple executives came on screen for cinematic cameos, improving one feature after the other on all the software, the biggest announcement was held for the last — the Appe silicon that will power future Mac devices.

Apple has their own chipsets for its own iPhones, iPads and Apple Watches. Now, the company wants to stop depending on Intel for their Macs and move towards using their own processors.

With their own processors, the company has worked on offering a low-power design, high-performance CPU cores, always-on processor, secure enclave and much more.

Apple has also announced Universal 2, which will allow developers to make developments for both Apple silicone based Macs as well as Intel based Mac computers.

The company has even managed to get Microsoft apps like Word, Excel and others onboard. Apple is also in talks with Adobe, which will bring its flagship Creative Cloud series of apps to the new ARM-based Mac computers. 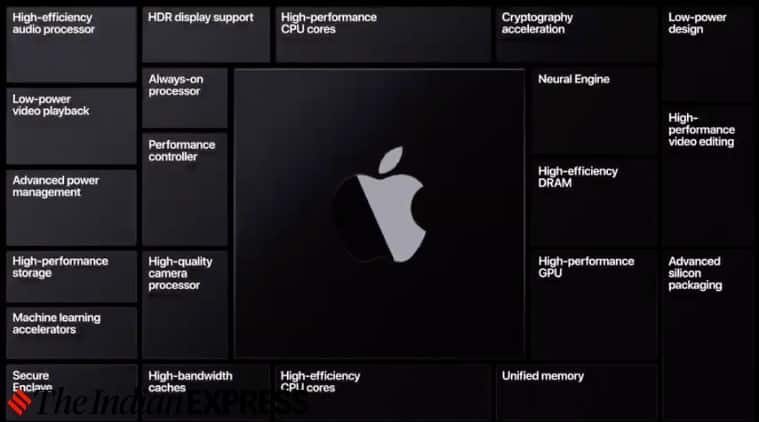 Besides iOS14, iPadOS 14, WatchOS7 Apple announced the next version of its desktop software — macOS Big Sur. With the new version, the Cupertino major announces new design and major updates to app dock and Finder. These apps are refined to make better use of screen space and offer an enhanced user experience. The Mail app now has colours in the navigation interface. Additional, Photos app has been updated with a sidebar for easy access. Apple now allows MacOS Big Sur users to customize the Menu bar to access a one-click access to Do Not Disturb by dragging and dropping it in from the settings. Additionally, the Notifications Center has also been updated. 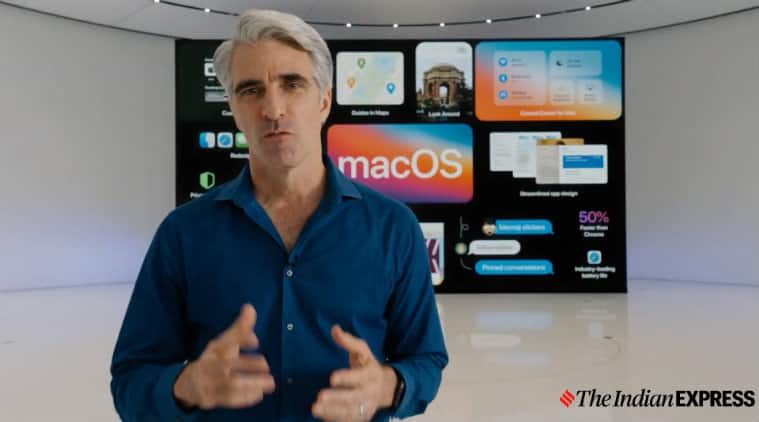 Apple has announced the tightening of its privacy features that allow users to feel much secure while using Apple products.

Apple watchOS 7 update has been announced with a focus on fitness. It brings a number of new watch faces and the ability to allow users to configure and customise the faces. The Cupertino-based company has also enabled Face Sharing, which means the user will be able to download customised watch faces from third-party apps. Developers can also offer pre-configured watch faces right in their app. Just like the new Maps app on iOS, the Maps app for WatchOS also brings support for directions for bicycles.

With the new update, Apple has also added support for Dance mode in the workouts app. This will allow users to track their leg movements, hand movements a lot more while they dance. Due to which, the watch will be able to calculate the calories burnt during a dance performance. The workouts app also gets a new summary tab that allows users to keep track of all their activities at one place.

New sleep and handwashing detection are a few more features that have been added to the update. 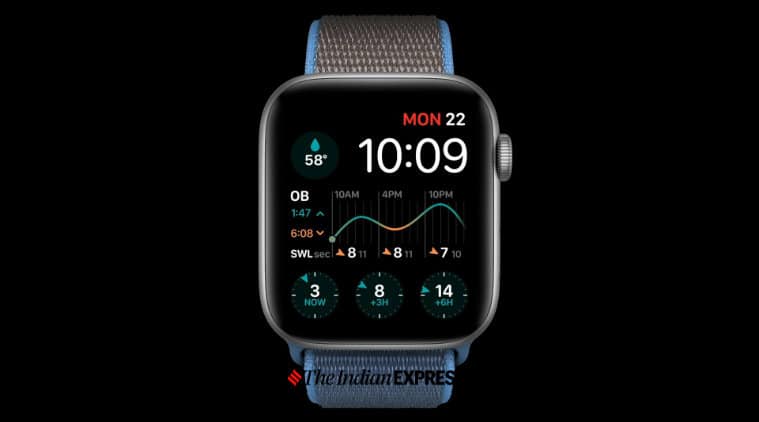 Apple has also unveiled a new update for its AirPods truly wireless earphones. New features include automatic connection, which allows you to automatically connect to multiple of your Apple products when you want them to. The new spatial audio feature allows users to experience sound as it was meant to be. 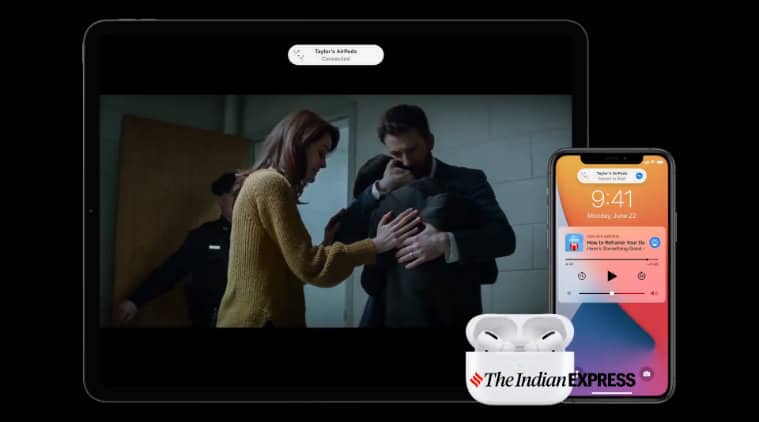 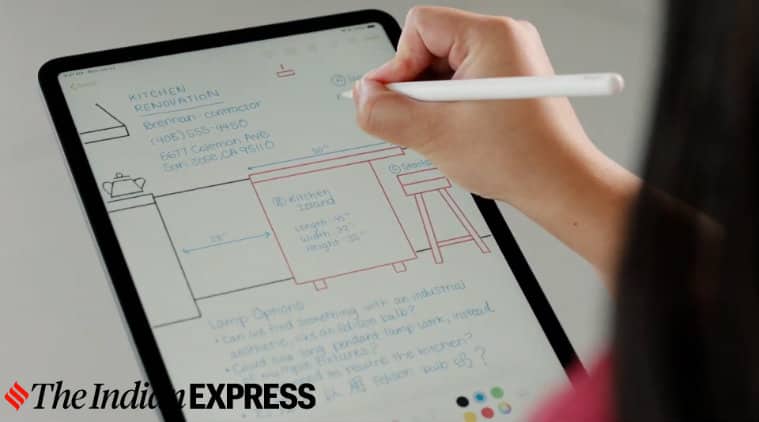 Apple has announced iOS 14 with the introduction of multiple features like a redesigned call screen, search. It also brings all the new features that have come to iOS 14. Everything you need to know about iOS 14

Apple iOS 14 brings in multiple new features like App Clips, a redesigned Car Play app and more. To read more about what all is new in iOS 14 click here.

App Clips allow developers to make small apps that can open with the help of a code. These small apps are a small part of the main app and are required to be less than 10MB in size. 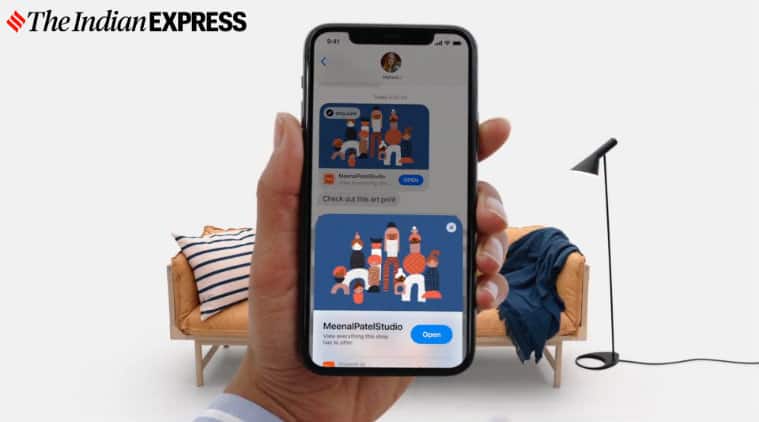 Apple with iOS 14 also brings in multiple features to its CarPlay software. The new features include new wallpapers, new app support (EV charging, connected driving and more), digital keys. The digital key feature will also be made available in iOS 13. The digital keys feature allows users to access their cars without the need to carry their keys.

With the new iOS 14, Apple has redesigned the interface for Siri. Siri can now pop-up over any window, without disturbing the content. Apart from this, the new updated Siri comes with support for a number of new languages.

Apple has also launched a new Translate app with support for 11 languages. The company has said that it will be adding support for more languages with time. This app will translate your conversations offline for privacy. 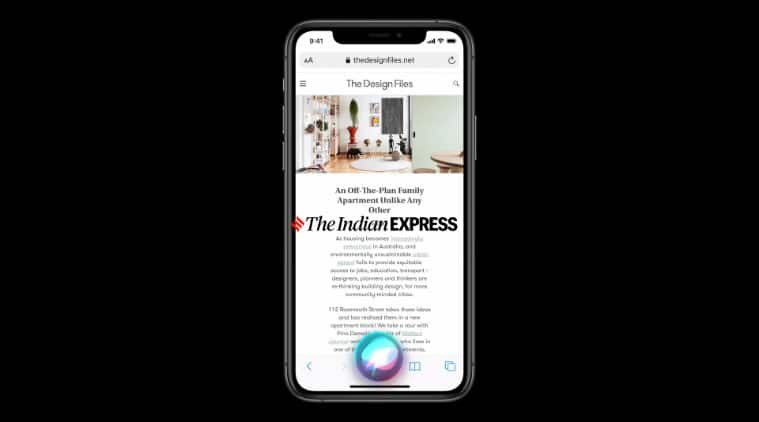 iOS tiles can now be larger too on the home screen. #WWDC2020 reminds me of the metro tiles of Windows 8. App library, anyone? pic.twitter.com/k6jSGQJzV2

With the start of the event, Apple unveiled its iOS 14 operating system update. With the update, the company has added multiple new features like App Library, widgets, smart stack, picture-in-picture mode and more. #WWDC20 starts with Tim Cook talking about racism and the pandemic. pic.twitter.com/lcYQcbwVgs

Apple WWDC Event 2020 LIVE Stream Updates, Apple WWDC Keynote Live: One of the major announcements at WWDC 2020 is expected to be the announcement of iOS 14. iOS has remained a consistent player on the WWDC table every year, and we do not expect Apple to skip the yearly cycle update this time along. According to various reports, iOS 14 will enhance multi-tasking features, bring a new layout for the home screen and revamp augmented reality apps. Some reports are also stating that Apple might rename iOS to iPhone OS this year, in a similar way it did to iPadOS. The presentation will start at 10:30 PM IST on June 22, today.

Last week, a study commissioned by independent economists at Analysis Group, said the Apple App Store had facilitated an estimated $519 billion in billings and sales in 2019. The company said that Apple only receives commissions from the billings associated with digital goods and services, “more than 85% of the $519 billion total accrues solely to third-party developers and businesses of all sizes". The study estimates sales from Physical Goods and Services accounted for the largest share, at $413 billion.