Apple WWDC Keynote ended kicking off the four-day annual World Wide Developer Conference (WWDC), also popular as Dub Dub DC, at the San Jose Convention Centre. Apple CEO Tim Cook and other underlined the company’s focus on Augmented Reality as well as the in offering the best of iOS apps on Mac.

Apple has revealed iOS 12 with new focus on AR with the ARKit 2.0. Siri is also smarter on iOS 12 with Shortcuts feature for third-party apps. Apple iOS 12 will also bring a redesigned Stocks app, Voice Memo, Apple News and the iBooks app which will now be called Apple Books. Apple is adding new features to the Apple Watch as well with watchOS 5. Apple iOS 12 also brings new Animojis, stickers in the Messages cameras. Apple has added Group video calling to FaceTime as well.

watchOS 5 includes a walkie-talkie feature along with Shortcuts on Siri to the watch as well. Apple has also added the ability for third-party apps to play background audio as well. watchOS 5 will also come with improvements to the fitness features. It will also include the option to student ID card to the Apple wallet via the Apple Watch and the iPhone.

There were some clear signals at WWDC

So what does the Apple WWDC 2018 event signify? There is a clear switch to software, but is there more?  We combined all that we thought was big into one story. Check it out here

Apple WWDC 2018 keynote is now over

The Apple WWDC keynote is over. Apple showcased iOS 12, watchOS 5, tvOS and macOS Mojave during the keynote. Apple WWDC will continue till June 8.

Developer beta will go live today for all the operating systems. No word on the public beta just yet.

No, says Craig Federighi. Yes, it looks like Universal apps are coming, but not this year. This year in macOS, Apple is bringing its own apps of to macOS, like Stocks, Voice Memo. Apple says it managed to do this with very few code changes. The feature will come for developers next year.

This will let developers create their own machine learning models, and the training is all GPU accelerated. Developers can train their models on computer vision, audio, natural language processing, etc.

To bring the highest GPU performance, Apple had added support for external GPUs, which are powered by Metal. New levels of performance, 3D rendering for games, which will look realistic.

Apple macOS: A look at some new features Mac App Store has been redesigned from the group up. It has a new UI, video previews. There's also a new Discover app where Apple will show editorial about the best Mac Apps.

Apple will let users protect their data on Safari by turning off tracking.

Apple will automatically protect access to webcam, microphone, etc on your MacBook from apps.

Apple is adding the Apple News app for MacBooks along with the new Stocks app.

Continuity will allow users to take photos of documents from their phones and it will be shared instantly to their documents on the macOS.

Users will be able edit screenshots, use Mark-up straight after taking one. There is also the option of capturing the entire screen, and the option for screen capture for video.

Users can invoke mark-up in PDF documents in the Quick Look options. It will work for all kinds of files, including PDFs, videos, etc.

Stacks wil ensure you desktop is cleaner and not one giant mess of all different kinds of files. It will stack them according to kind, tags, etc. Sidebar in Mojave supports all metadata for photos. There are also quick actions in the photos app. Sidebar is also available in other views in the Finder app as well.

Apple macOS Mojave: This is what Dark Mode looks like in the new macOS 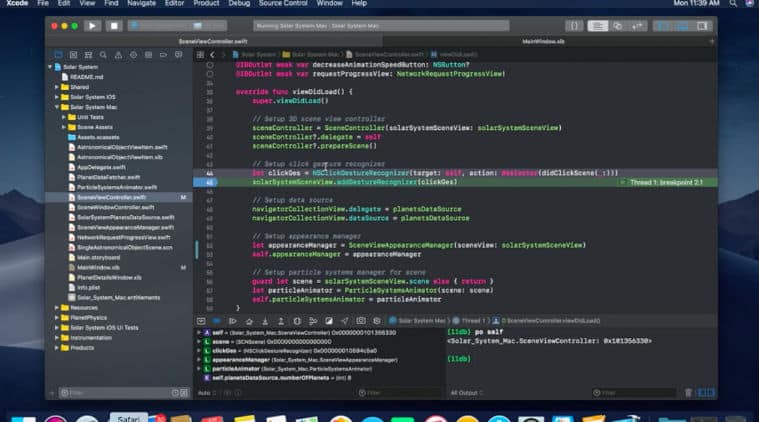 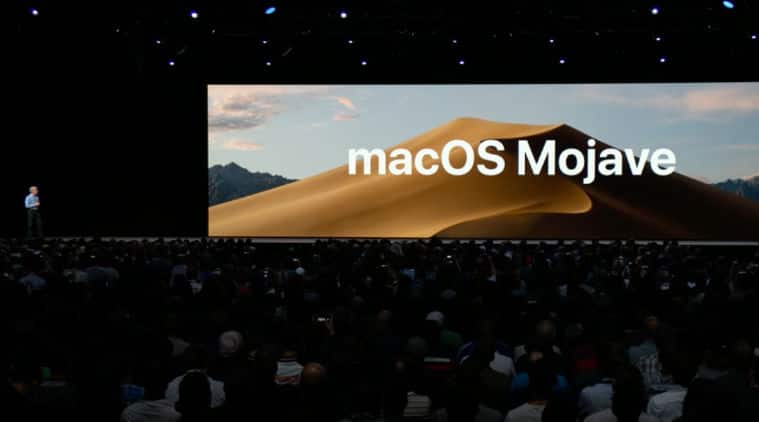 Apple macOS is finally up

If a user is on their TV provider's broadband, then tvOS will unlock all the apps supported with it securely without any sign-on needed for Apple tvOS users.

Apple tvOS is now up