Apple to shift a part of iPhone production from China to India?

Apple is reportedly in talks with the top government officials over the last few days on possibilities to shift some part of its "production capacity from China to India". 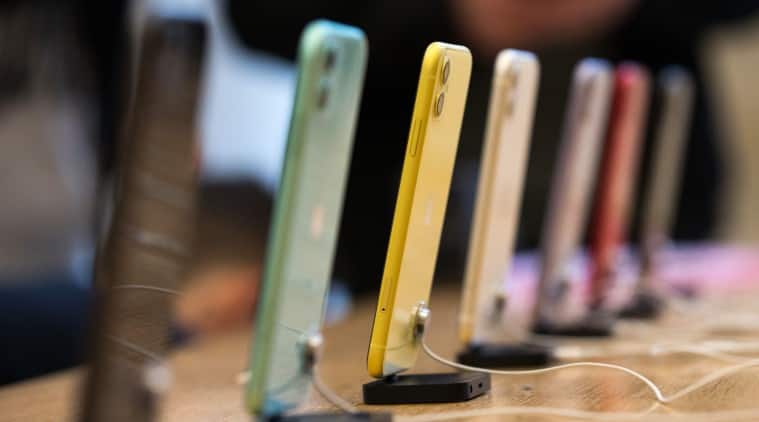 Apple reportedly plans to shift a part of its production capacity from China to India (Image: Bloomberg)

Apple is reportedly in talks with the top government officials over the last few days on possibilities to shift some part of its “production capacity from China to India”. According to a report coming from the Economic Times, senior executives at Apple have had several meetings with top government officials to discuss plans around scaling up local revenue through contract manufacturers to nearly $40 billion. Apple plans to achieve the target in the upcoming five years.

With this move, the tech giant clearly has the intention to utilise the benefits provided by the Indian government’s production-linked incentives (PLI) scheme — that encourages companies to carry out local production. Currently, Foxconn and Wistron manufacture Apple products in the country including iPhones. According to the report, Apple will use the existing contract manufacturers to produce “up to $40 billion worth of smartphones” in the country.

AirPods Studio could cost $349: All we know about Apple’s over-ear headphones

“We expect Apple to produce up to $40 billion worth of smartphones, mostly for exports through its contract manufacturers Wistron and Foxconn, availing the benefits under the production-linked incentive (PLI) scheme,” a senior government official told the publication. Currently, Apple holds a very small share of the Indian smartphone market and this move can help the tech giant for export purposes. Experts believe that this move could make Apple India’s largest exporter.

Apple currently produces iPhone 7 and iPhone XR locally in the country. It also used to manufacture iPhone SE and iPhone 6, they have now been discontinued from Apple’s global product portfolio.

The report further stated that sources close to Apple’s plans have revealed there have been “some irritants in the government’s ambitious PLI scheme, that has been recently announced to incentivise local handset manufacturing and exports” that needs to be worked upon.

Apple will start reopening some of its retail stores next week

The same sources have also noted that “there are some problems with some of the clauses. For instance, valuing the entire plant and machinery already in use in its plants across China and other places at 40% of that value and the extent of the business information sought under the scheme are some of the irritants.” Government officials have reportedly said to “look into all the concerns as the Centre is focussed on bringing high-tech manufacturing to India.” Apple is yet to confirm the report though.

With the introduction of the slightly affordable iPhone — iPhone XR, iPhone 11 — Apple has had some success in the Indian market recently. According to International Data Corporation (IDC) Apple managed to garner around took 62.7 per cent of the market share in India’s premium smartphone market in the last quarter leaving behind OnePlus, which has been the top of the list for quite some quarters.

Meanwhile, Apple is also eyeing on ramping up retail efforts in the country. The tech giant has plans to open its own retail stores in the country very soon. Apple currently sells its products through resellers. The first Apple retail store is expected to be ready by 2021.

‘I ask young players to take Sunil Chhetri as an example’: IM Vijayan