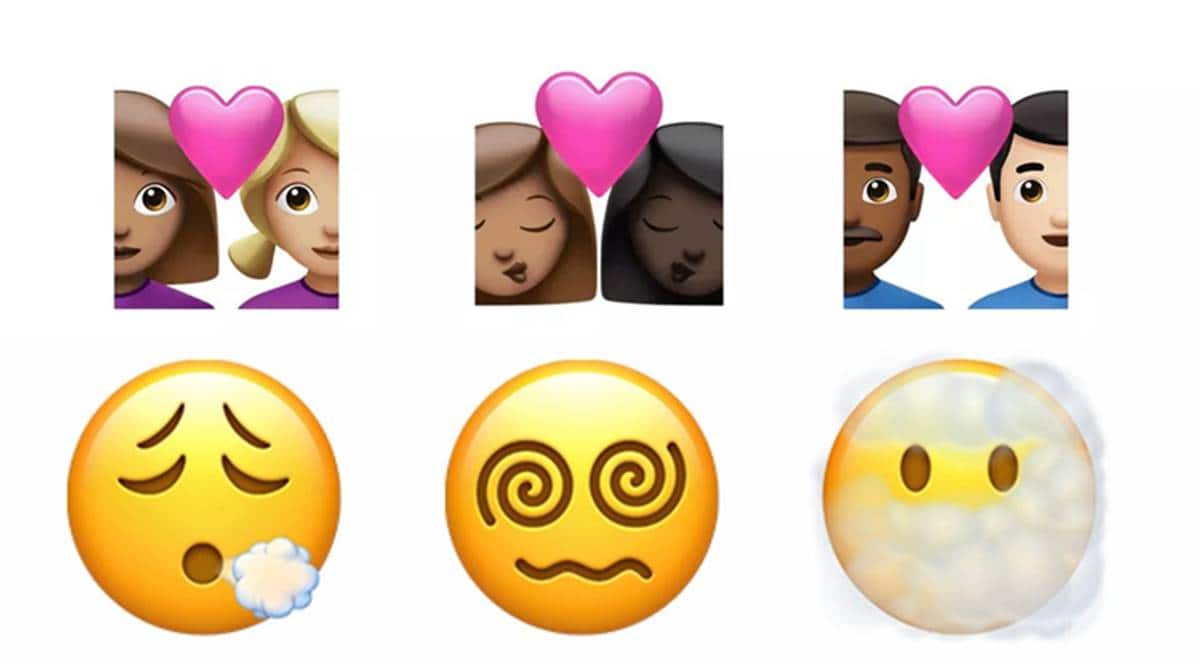 Apple is adding new emojis in the upcoming iOS 14.5 update from the Unicode Consortium’s Emoji 13.1 release. A total of 217 emojis have been added to the new update. The new emojis aim to promote diversity with a blend of new skin tones used in the emojis.

Often-used emojis like “couples kissing”, “couples with heart” will include more skin tone variants as an attempt to make the emoji relevant for more users. More skin tones have been added to the bearded emojis. There are options for man beard and woman beard as well.

The completely new emojis introduced in the new update include “Exhaling Face,” “Face with Spiral Eyes,” “Face in Clouds”, “Heart on Fire” and “Mending Heart.” Considering the current situation, a change has been made in the syringe emoji as well. People using this emoji can relate it to the Covid-19 vaccine drive which is already underway in some countries for the general public and is yet to begin in some.

The Cupertino-giant has replaced the standard headphones emoji with an emoji that looks identical to the recently-launched Airpods Max.

These emojis got the approval from Unicode Consortium in September 2020 which means that vendors have had access to them for over five months. It is up to companies on how they want the emoji to look or when to release it.

In addition to the wide range of emojis, the iOS 14.5 will also include key features like unlocking the phone using Face ID via Apple Watch, privacy controls for apps, support for PlayStation 5, Xbox Series X controllers and more.

The beta version of iOS 14.5 is available for users to download for people who have signed up for Apple’s Beta Software update. The company has not made an official announcement for a stable update but it may be available later this month or in March.