Apple iPhones will be manufactured in Bengaluru: Here are the details

Apple iPhones will be 'Made in India', and Bengaluru is where this will be taking place, according to the government 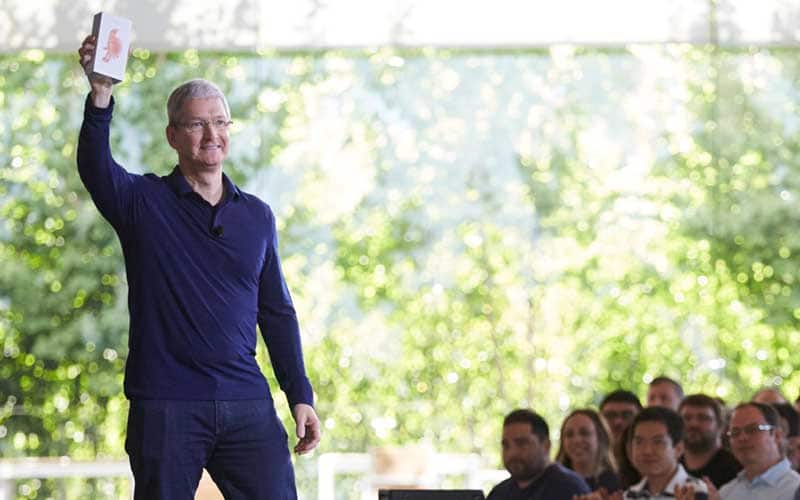 Apple iPhones will be manufactured in Bengaluru in India: Here’s what we know so far.

It is now official: Apple is taking the ‘Make in India’ route with its iPhones, and Bengaluru is where this will be taking place. The government of Karnataka issued a press release “welcoming the move’. Apple’s proposal is to commence initial manufacturing operations in Karnataka.

The press statement reads, “Apple’s representatives led by Ms. Priya Balasubramaniam, VP iPhone operations, Mr. Ali Khanafer (Head, Government Affairs), Mr.Dheeraj Chugh (Director, iphone operations) and Mr. Priyesh Povanna (Country Counsel) met with Ministers and officials of Government of Karnataka and had positive discussions about the initiatives in manufacturing and possible collaborations with state Government in other areas.” So far Apple has yet to issue a comment on the same.

“Apple’s intentions to manufacture in Bengaluru will foster cutting edge technology ecosystem and supply chain development in the state, which are critical for India to compete globally. The Government of Karnataka is committed to new initiatives in any sector for manufacturing and will provide a conducive environment for investment,” adds the statement.

Apple’s Make in India plans for iPhones has been reported by the media for some time now. Last year, when Apple CEO Tim Cook visited India, he had discussed the possibility of manufacturing with Prime Minister Narendra Modi, but no official confirmation was given.

Since then there have reports, including from The Indian Express, on how Apple has sought some major concessions before it starts manufacturing in the country. The Indian Express also reported how Apple in its meetings with Indian government officials indicated it wants to initially assemble the iPhone SE model in India. Apple making iPhones in India could mean lower prices for the future products, though don’t expect the iPhone 8 to be #MadeinIndia anytime soon.

In January, Wistron Corp, one of Apple’s manufacturing partners applied for permission to expand its plant in Bengaluru. The Taiwanese contract manufacturer also requested its application be fast-tracked, officials told Reuters. This was seen as a prelude to Apple making iPhones in India.

So what do we know about Apple’s iPhone manufacturing plans in India so far? Here’s a quick look.

As The Indian Express reported, Apple wants a 15-year Customs duty holiday on “import of iPhone kits, new and used capital equipment, and consumables.” This is in order to let the company establish an iPhone production facility in India, although it is not clear if Apple has been granted this by the government of India. It looks like the Apple iPhone manufacturing in India will be mostly around assembly of the iPhones, and the company intends to import “components,completely knocked down (CKD) and semi knocked down (SKD) units of iPhones.” Apple wants duty cuts on these.

Commerce and Industry Minister Nirmala Sitharaman had said the government was yet to take a view on Apple’s demands. “We are discussing that… no other mobile manufacturer has sought any extra concessions… we have not taken any decision,” she said.

Later, it was reported that thanks to Apple’s request the government is “considering continuing the duty-free regime on import of components used in mobile phones provided they are for ‘higher technology’ smartphones with a longer lifecycle and with the least hazardous substances.”

Apple had earlier requested the government to exempt it from adhering to the domestic sourcing norm of 30 per cent, which is a condition for investments in single brand retail. This could allow Apple to open its own exclusive stores in India. Now, Apple-branded stores in India are run in partnership with other retailers.

As The Indian Express reported, this was approved by the Prime Minister’s Office last June. Apple was then asked to send its consent to this proposal, but has not yet responded on the same. Apple CEO Tim Cook in the company’s recent investor earnings call after Q1 results, confirmed they are “investing significantly” in India, and are in talks on a number of things including ‘retail stores.’