Apple sales in Greater China fell 29 per cent in the quarter ending Sept 26, with the company attributing the slump to the delayed launch of the iPhone 12. 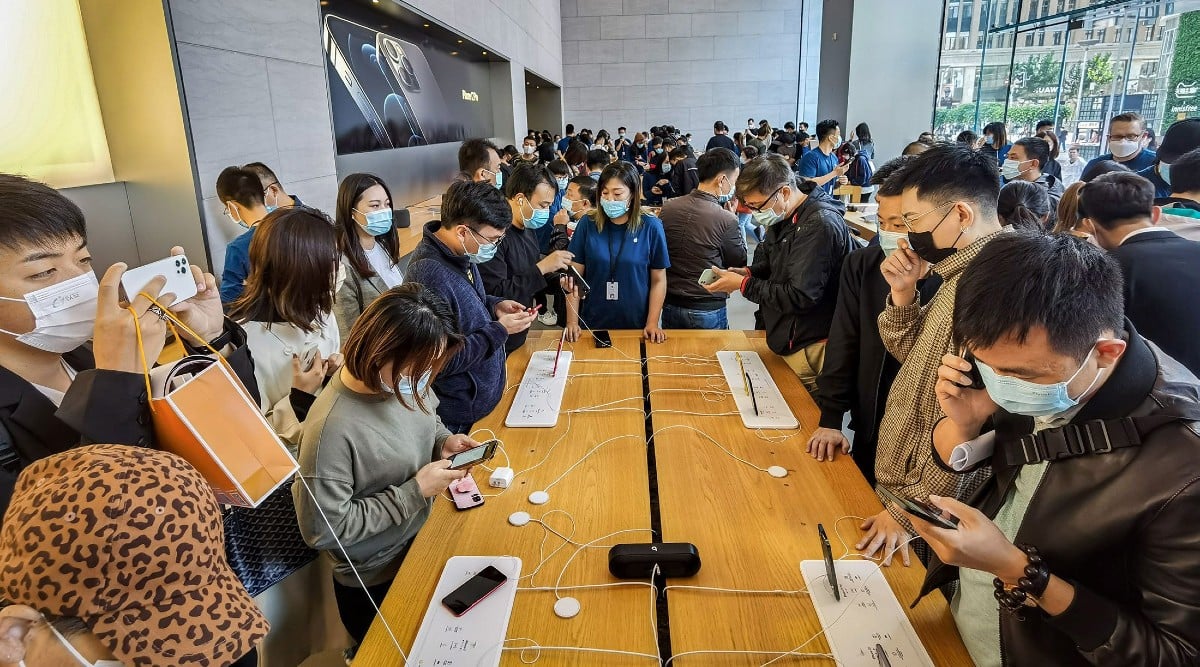 Apple’s Greater China revenue peaked in 2015 on the momentum of the early generations of Apple’s larger screened iPhones. (Image: Bloomberg)

Apple Inc on Thursday reported its lowest revenue in China since 2014, causing concern the company is losing momentum to homegrown rivals in one of its most critical markets.

Sales in Greater China fell 29 per cent in the quarter ending Sept 26, with the company attributing the slump to the delayed launch of the iPhone 12. The stock fell 4 per cent in extended trading.

Apple typically puts new iPhone models on sale in the third quarter, but this year the devices were not available until late October. Two of the handsets, the iPhone 12 mini and iPhone 12 Pro Max, won’t arrive in stores until the middle of November.

The Covid-19 outbreak disrupted Apple’s supply chain, leading to the later launches. But even before the pandemic, the company was slower than most rivals to develop smartphones with faster 5G capabilities.

In 2019, competitors including Samsung Electronics Co, Huawei Technologies Co and Xiaomi Corp launched a number of 5G devices, which have been followed by dozens of additional and more affordable 5G handsets this year before the iPhone 12.

On Wednesday, Samsung reported smartphones sales jumped almost 50 per cent during the September quarter. Apple’s iPhone revenue fell 21 per cent in the period, from a year earlier.

Apple had 8 per cent of the smartphone market in China in the third quarter. Huawei was top with 45 per cent, followed by Vivo, Oppo and Xiaomi, according to Counterpoint Research. Seven of the 10 best-selling handsets in China were 5G models, although Apple’s 4G iPhone 11 still took the top spot.

Apple’s Greater China revenue peaked in 2015 on the momentum of the early generations of Apple’s larger screened iPhones.

Maestri said iPhone demand grew until mid-September and then declined. That’s around the time when Apple typically puts new iPhones on sale. “We are very, very confident that we’re going to be growing our business in the December quarter,” he added.

Cook added that China is “the region that was most heavily impacted by the absence of the new iPhones during the September quarter.”

That leaves a lot riding on the iPhone 12 line, Apple’s first 5G handsets. On a conference call with analysts, Cook said the company is entering 5G at the right time, with carriers improving and expanding their networks on a weekly basis. He added that 5G networks in China are “fairly advanced,” which could spur upgrades in the region.

Maestri said the larger display of the iPhone 12 Pro Max may do “incredibly well” in the region.