All aboard the hyperloop: How your commute could be changing

The chief executive and co-founder of Virgin Hyperloop foresees us zipping between cities in minutes, a future not as far off as you may think 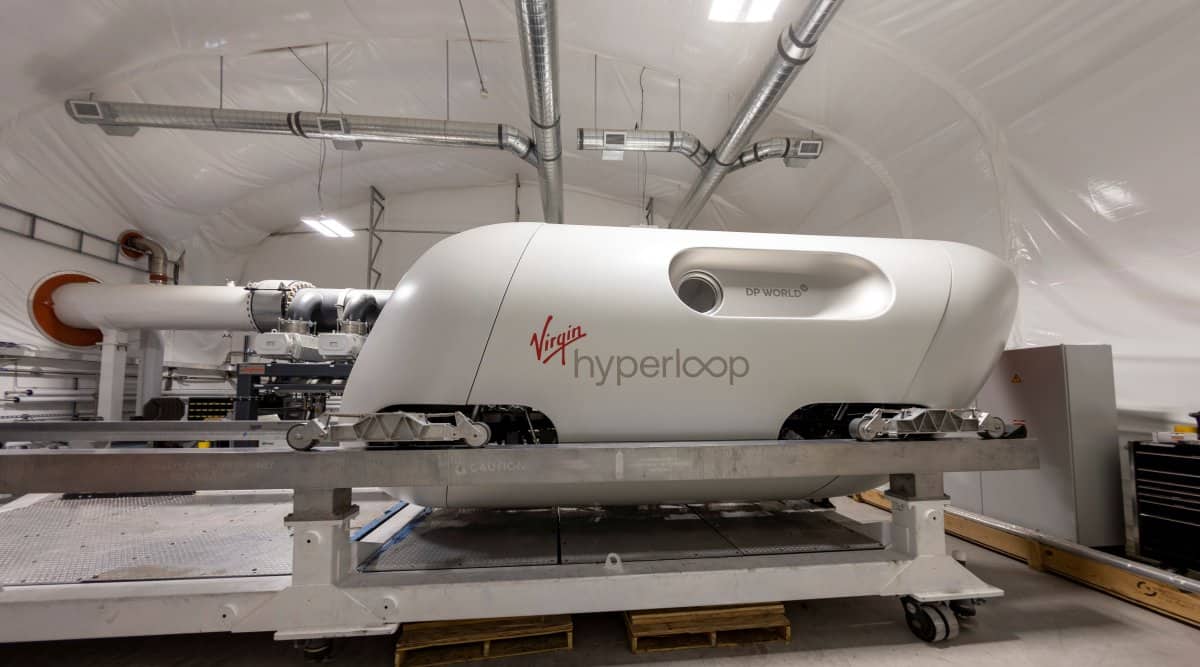 Think about the future of transportation, and you might envision the old animated show “The Jetsons,” with everyone flying around in personal spaceships. Not only did that never happen, but we are still piling into creaky old subways and buses. Josh Giegel wants to start from scratch. The chief executive and co-founder of Virgin Hyperloop foresees us zipping between cities in minutes, a future not as far off as you may think. Giegel sat down with Reuters to talk about how this budding technology could change the way we live and work.

Q: Humanity is facing all sorts of transportation challenges, so why do you think hyperloop is the right solution?
A: We’re looking at moving massive amounts of people, at the speed of an aircraft, giving them the opportunity to live where they want to live and work where they want to work. A hyperloop would move as many people and goods as a 30-lane highway.

Q: How does the hyperloop work?
A: We take you inside a tube, which gives you lots of advantages. It’s impervious to weather, and you avoid lots of things that cause accidents, like crossings. Inside the tube we take almost all the air out, allowing you to go at high speeds with very little energy consumption. We use magnetic levitation technology, so there is no grinding, and everything is contactless and smooth. With electromagnetic propulsion, and 20-30 passengers per pod, we could move tens of thousands of passengers per hour.

Q: You actually rode in one at your Nevada test facility, so what was it like?
A: From starting this in a garage seven years ago, to drawing it up on a whiteboard, to sitting inside it, it was all
very surreal. The acceleration was similar to a sportscar, and we were giddy. The biggest piece of that test was that the world saw two people get on a hyperloop, and saw two people get off. Until that moment, everyone wondered “Could it be safe for people?” Now we know that it is.

Q: How will this speed up travel between cities?
A: It transforms the math. Look at how long it takes you right now to get across Manhattan. Maybe 40 minutes. You could
go from NYC to Washington, D.C., in less time. You could go from LA to Las Vegas in 40 minutes.What we’re doing is similar to what Roman roads, and Spanish ships, and airplanes did – shrinking the time associated with distance.

Q: What is the timeline to have it up and running?
A: This is not 10 or 20 years away. Cities can start incorporating this into their planning right now. I couldn’t put my finger on who will be the very first, but in addition to America, we are also looking at places like India, Europe and the Middle East. We are probably looking at a timeframe of 2025-27.

Q: Since you are a Virgin company, what has your interaction with Sir Richard Branson been like?
A: He is a consummate dreamer who believes in what we are trying to do. What I enjoy about Richard is that he not only
started his own business from nothing, but he’s an adventurer. We are not only building a new type of transportation
system, but we are trying to attract passengers to something new – and that’s what he has done, from Virgin Atlantic to Virgin Cruises to Virgin Galactic. He knows how to build customer acceptance and loyalty.

Q: If this tech catches on, will it change how people live and work?
A: One hundred percent. I have a two-year-old son, and the way he will be able to live is unlike anything we can imagine. If you look at the cities of the future, people might want to live in one area, and work in other areas. We’re already seeing that with the pandemic. My dream is to live near Yosemite and then work with my team in LA. A hyperloop would give you the potential to do both.

Q: What do you want people to know about this technology?
A: Big ideas don’t have to take long periods of time. You can go from a garage to a moonshot idea in a couple of years. This decade could end with hundreds of millions of people riding hyperloop. For people who think this technology is many
years away, I rode on one. It’s right now.