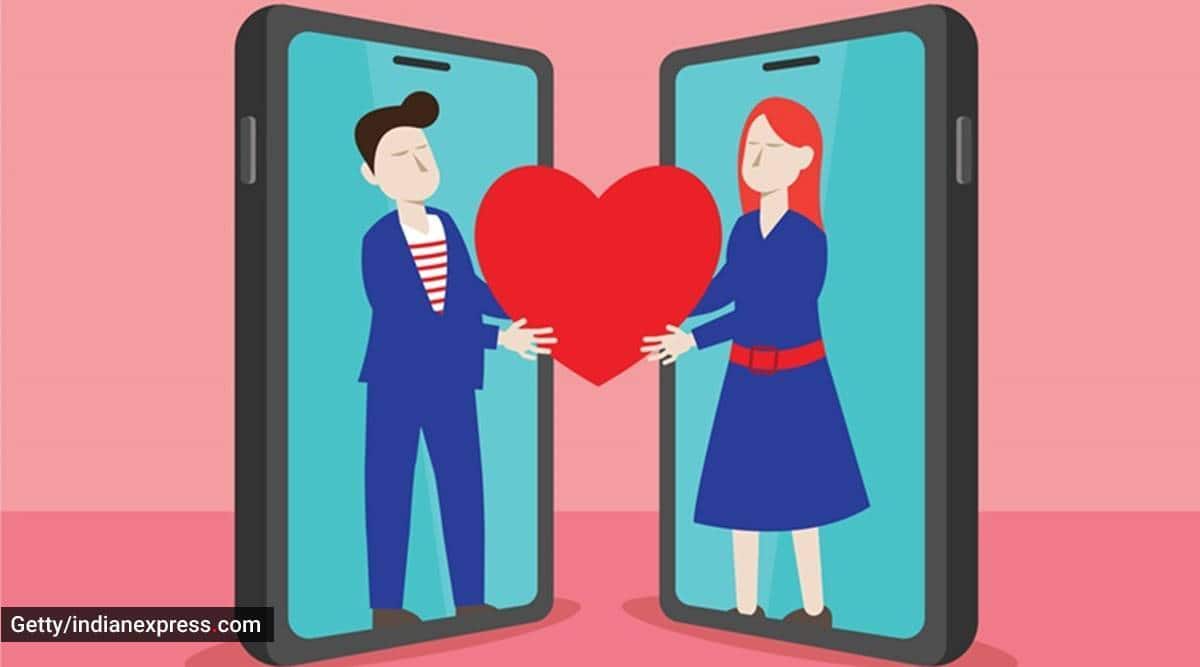 The report, released pre-Valentine’s Day, highlights the importance of taking precautions with your privacy, data, and the information you share online. (Source: Getty Images)

Dating apps and websites are evolving to include new features and interfaces, but for many Indian online daters, the information found on a dating profile isn’t enough. Indians tend to do a little extra online research on their online dates, revealed a new study by NortonLifeLock. According to the report, almost a third of Indian online daters surveyed (29 per cent) unmatched with a potential partner after finding disturbing social media posts, while others unmatched after discovering photos online that conflicted with their dating profile pictures (34 per cent) and some even unmatched after finding disturbing information about their family (22 per cent).

The most common tactics for vetting a prospective date includes looking up their social media profiles (60 per cent), profiles on a professional networking sites (43 per cent), and friends and family social media profiles (40 per cent). If this sounds intrusive, think about matches that are unknowingly subjected to background checks, almost 19 per cent of Indians surveyed who are or have ever used a dating app or website admit “paying for a check on their match.”

“We discovered that 73 per cent of Indian adults surveyed who have been in a romantic relationship admit to checking in on their current or former partners without their knowledge or consent/permission. Almost a third of Indian adults who have ever used a dating website or app 34 per cent have used something other than their full name on the platform. It is important to be vigilant when it comes to sharing your personal information on dating apps as this can leave consumers vulnerable if personal information gets in the wrong hands,” said Ritesh Chopra, Director Sales and Field Marketing, India & SAARC Countries, NortonLifeLock.

Read more |Break up with romance scammers this Valentine’s Day

Further, Indian adults surveyed admitted that they have even looked at the music account of a romantic interest (27 per cent) and even have used information accessible through payment apps such as PayPal, Google Pay, Amazon Pay, PayTM, to check on someone else’s public activity (21 per cent).

Around 2 in 5 Indians surveyed say they have accidentally “deep-liked” an old post or photo on a social media profile, either of a romantic interest or of their partner’s ex-significant other. Among those who admitted to online stalking around a quarter of respondents admit to tracking their current or former partner’s location via a location sharing app or creating a fake profile to check on them on social media.

Meanwhile, 49 per cent of younger generations aged 18 to 39 said they would be more likely to stalk a current or former partner online if they knew they would not get caught, this compares to 42 per cent of those aged 40 and over. Interestingly, only 30 per cent of Indians shared their location with a friend or family member before meeting up in-person with someone that they met online.