YouTube is testing multiple sets of reactions and will proceed to add or remove reactions based on how the experiment goes. 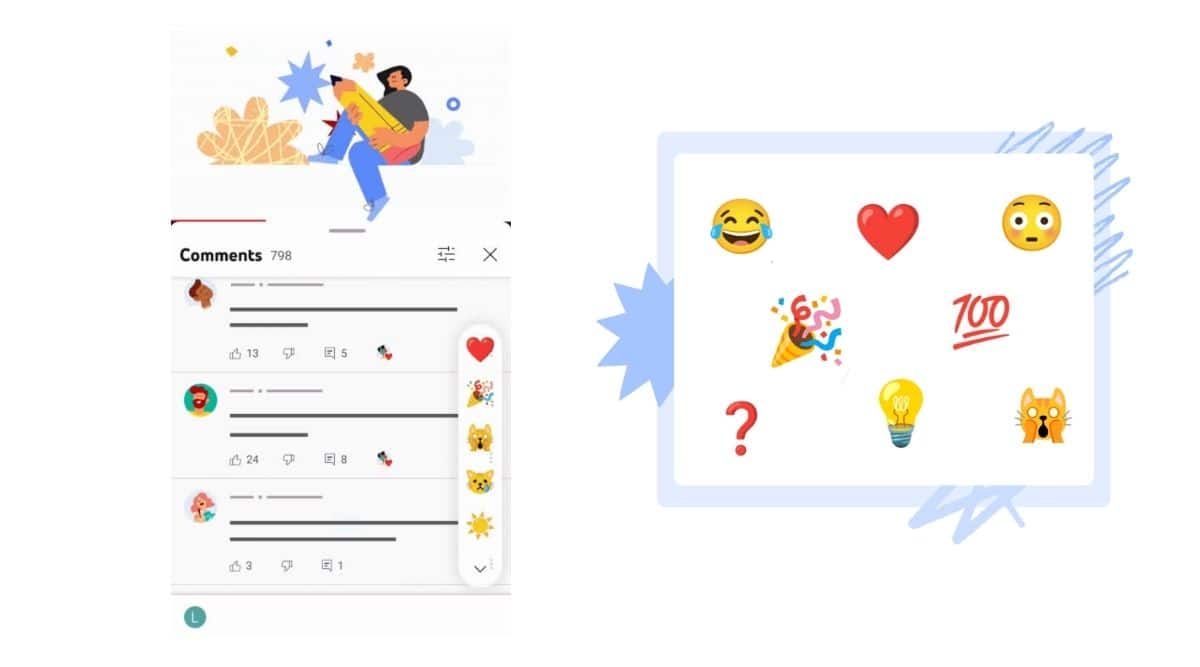 YouTube is experimenting with a timed reactions feature that will allow users to share a reaction—a smiley or confetti emoji etc.—at an exact moment in the video they are viewing. In a blog post, the company said that it is experimenting with the new feature after receiving positive feedback about another similar beta feature: timed comments.

When a user watches a video that is part of the experiment, they can react and see crowd reactions by opening the video’s comment section and going into the reaction panel. The test will also show viewers what moments other viewers are reacting to but in an anonymised fashion.

YouTube is testing multiple sets of reactions and will proceed to add or remove reactions based on how the experiment goes.

In April 2021, YouTube had begun testing a feature allowing users to make and view comments timed to a specific moment in the video they are watching to “help provide more context but also to show where the best conversation is happening in the video.”

In videos with this Beta feature enabled, people can sort comments by the “Timed” option along with the already existing “Top Comment” and “Newest first” options.

With this new feature in testing, YouTube is inching further into Instagram’s territory. The latter’s growth is being driven by Reels, which is technically a competitor to YouTube Shorts.

In May 2021, the video streaming platform had announced a $100 million fund for creators publishing short-form videos on YouTube Shorts. This fund was open to all video creators who followed the guidelines of the problem, and they didn’t necessarily have to be eligible for the advertising program. The streaming giant said that it would pay creators based on viewership and engagement instead of advertising revenue.