WhatsApp Payments has a new Request Money feature on the app. The Request money option is live on Android beta of WhatsApp. 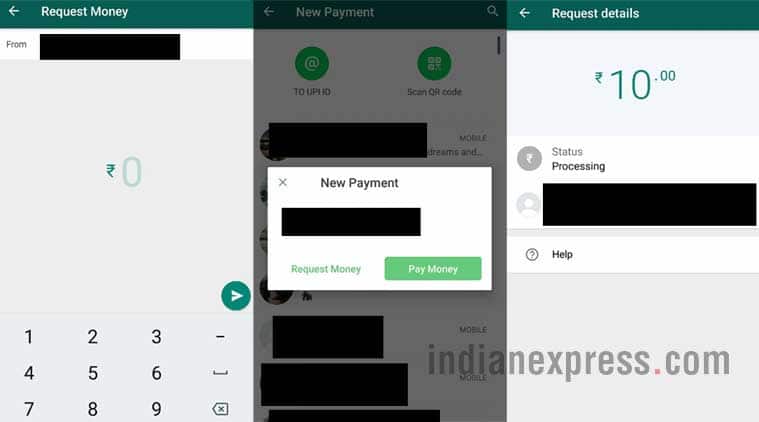 WhatsApp Payments gets new Request Money feature on Android beta and here’s how it will work for users.

WhatsApp Payments is currently live in India, and the company is still beta-testing the feature. The payments feature is built on UPI, which is Unified Payments Interface, and allows for direct transfers via the bank account, provided the user has a UPI id with their bank account. UPI based payments rely on SIM verification for the feature to work, and a user needs their mobile number to be linked to their bank account. The same mobile number should be used with WhatsApp account as well, in order to allow Payments feature to work.

So what is the ‘Request Money’ feature and how will it work on WhatsApp Payments?

Users should keep in mind that Request money is an option available on all UPI-based payments apps like Google Tez, PhonePe, Paytm, etc. It allows users to scan a QR code or enter a UPI ID in order to demand a payment. WhatsApp only recently rolled out the enter UPI ID, scan QR code feature for payments on the platform. This is available on Android and iOS as well. The advantage with Request Money is that the other user need not be on WhatsApp, and could have an UPI id with any other app.

The new Request Money feature will enable users to request money from the contacts, and the availability of this feature was first reported by Telecom Talk.  To request money from someone via WhatsApp Pay, the user needs to go to Settings> Payments > New Payment. Here they will see the option to choose the UPI ID or the Scan QR code right on top, followed by list of contacts. Choose either UPI ID or Scan QR code.

WhatsApp will then show two options, Request Money or Send Money next to each other. In our case, the feature was live on Android beta, and the money request from WhatsApp appeared on the Google Tez app. This is because the UPI id to which the request was sent was created on Tez.  The request for money from a contact is valid only for 24 hours, so there is a time limit to keep in mind.

Once a request has been accepted, the money will be credited instantly to a user’s bank account. WhatsApp will then also show a list of payment requests in the Payment Settings, and the status of these requests. Again, not all Android users will see the Request feature yet, only those who are on beta-testing should see it.

Read more: WhatsApp Payments: Who will pay and who will gain?

The Payments feature on WhatsApp has come under criticism that it was not supporting all the features of UPI when it launched, like interoperability, which allowed users to make payments to a UPI ID or via a QR code. But the company has slowly started rolling out all these features. Payments is still on beta-testing on WhatsApp. However, users who have Payments can notify their friends, who might not have got the feature to activate the same on their WhatsApp accounts.

Maharashtra: No registration for tur purchase from April 18