🔴 In a statement, Twitter said that while Dorsey is stepping down and Agrawal’s appointment in the executive role will be effective immediately, the outgoing CEO will continue to be on the company’s board till the end of his term next year. 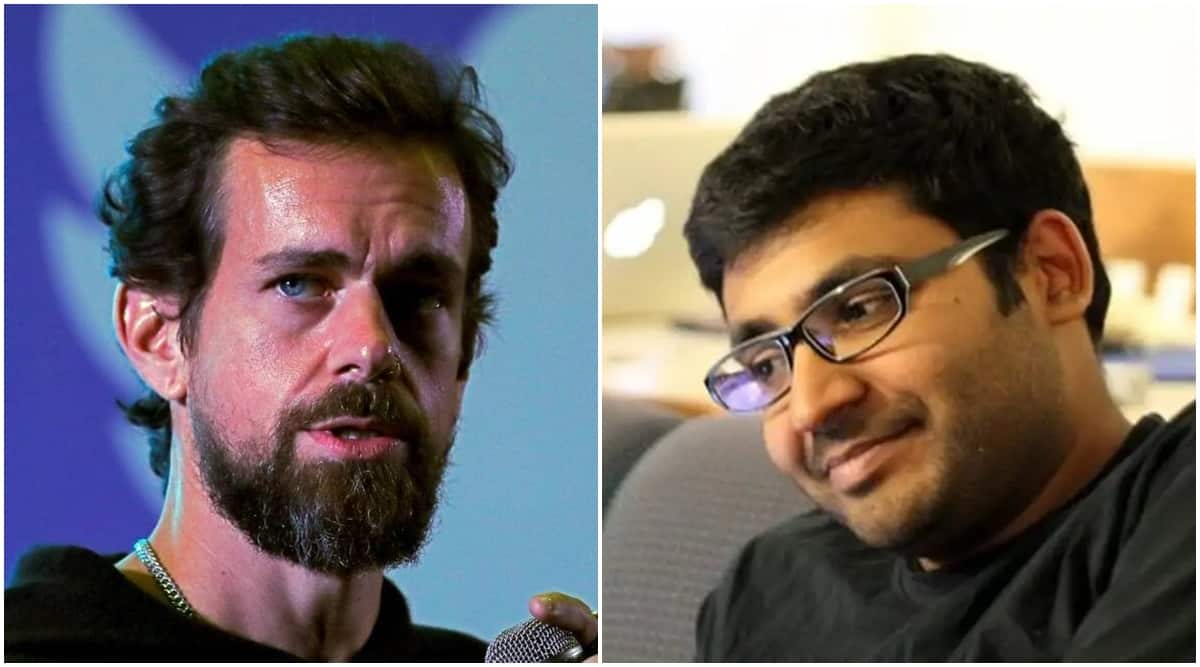 TWITTER’S Chief Technology Officer Parag Agrawal, who is an alumnus of IIT-Bombay, will replace outgoing CEO Jack Dorsey, the microblogging site announced Monday. Agrawal has been with Twitter since 2011 and has served as Chief Techonology Officer (CTO) since October 2017.

In a statement, Twitter said that while Dorsey is stepping down and Agrawal’s appointment in the executive role will be effective immediately, the outgoing CEO will continue to be on the company’s board till the end of his term next year.

“I’ve decided to leave Twitter because I believe the company is ready to move on from its founders. My trust in Parag as Twitter’s CEO is deep. His work over the past 10 years has been transformational. I’m deeply grateful for his skill, heart, and soul. It’s his time to lead,” Dorsey said.

Deep gratitude for @jack and our entire team, and so much excitement for the future. Here’s the note I sent to the company. Thank you all for your trust and support ?? https://t.co/eNatG1dqH6 pic.twitter.com/liJmTbpYs1

As CTO, Agrawal has been responsible for the company’s technical strategy, while overseeing machine learning and AI. Since joining Twitter ten years ago, he has led efforts on scaling Twitter Ads systems, as well as re-accelerating user growth by improving home timeline relevance.

Read |Who is Parag Agrawal, the new CEO of Twitter?

Prior to joining Twitter, he was involved with research in large-scale data management with collaborators at Microsoft Research, Yahoo! Research, and AT&T Labs.

Lately, under Dorsey as CEO, Twitter has been embroiled in different controversies across key markets, including India. Just months after his visit to India in November 2018, Dorsey was summoned by a 31-member committee of Parliamentarians to get his views on “safeguarding citizens’ rights on social/ online news media platforms”.

This year, Twitter had a run-in with the Ministry of Electronics and Information Technology after the microblogging platform did not remove certain accounts flagged by the government.

In May, following the issuance of the new rules for social media platforms, the Delhi Police visited the company’s offices to serve a notice asking top executives to join the probe into a complaint by the Congress against allegations tweeted by BJP leaders of a “toolkit” plot to malign the Prime Minister and the Government.

The social media giant had termed the Delhi Police’s visit as “intimidation tactics” — and said it was concerned for its employees in India, and by a “potential threat” to free speech of Twitter users.

On Monday, following the news of Dorsey stepping down, Twitter’s stock jumped more than 10 per cent on the US exchanges at the opening bell. The 45-year old co-founder of Twitter has been allocating his time to his other ventures including digital payments firm Square, which he also co-founded. According to reports, the board of Twitter had been looking for a full-time CEO for the social media company since the past year.

Dorsey co-founded Twitter in 2006, and served as CEO till 2008 before he was pushed out of his role at the time. He returned to the company in the executive role in 2015 after former CEO Dick Costolo resigned.

For Agrawal, the appointment has come at a time when Twitter is aggressively pushing for growth. Earlier this year, the firm announced its aim to have 315 million monetisable daily active users by the end of 2023 and to at least double its annual revenue by then.

In an internal mail to Dorsey and Twitter employees, Agrawal wrote: “We recently updated our strategy to hit ambitious goals, and I believe the strategy to be bold and right. But our critical challenge is how we work to execute against it and deliver results”.

He posted a copy of his mail on Twitter.