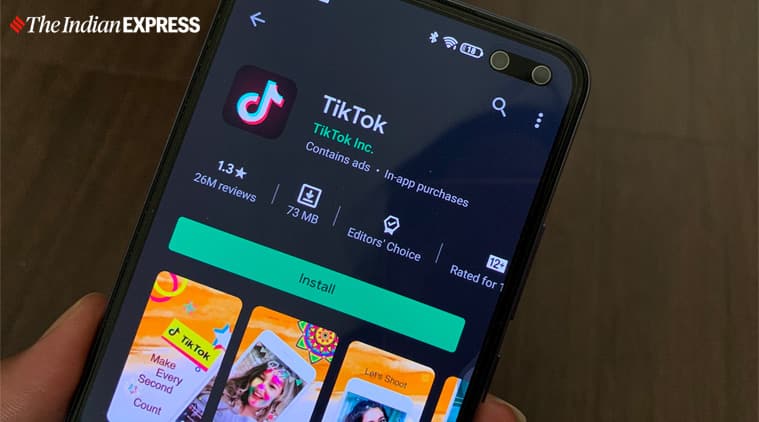 TikTok India has suspended its popular star Faizal Siddiqui’s account following a backlash over a video of his that allegedly glorified acid attacks. “We stand committed to extending our support to law enforcement agencies for any further action,” a TikTok spokesperson told indianexpress.com.

However, the incident triggered an avalanche of hate for the platform on social media with many calling for action against it for not policing the content better.

National Commission of Women in India chairperson Rekha Sharma has called for a ban of the app in the country and said she will be writing to GOI. “It not only has these objectionable videos but also pushing youngsters towards unproductive life where they are living only for few followers and even dying when the numbers decline,” she said.

In an email statement, the TikTok spokesperson clarified that “as per policy, we do not allow content that risks safety of others, promotes physical harm or glorifies violence against women”. The spokesperson added, “The behaviour in question violates our guidelines and we have taken down content, suspended the account, and are working with law enforcement agencies as appropriate.” The company reiterated that keeping its users safe if a “top priority” and what is not acceptable is “clear in our Term of Service and Community Guidelines”.

Regarding other videos of violence and abuse found on social media platforms, TikTok said videos violating “our policies of imagery depicting animal abuse and depiction of content promoting non-consensual sexual act of adult” have been taken down.

The social media outrage against the ByteDance platform started when popular YouTuber CarryMinati posted a video on his channel with nearly 18 million subscribers roasting TikTokers. In the video, titled ‘YouTube vs TikTok: The End’, CarryMinati compared TikTok and YouTube’s video format and concluded that the latter can’t be compared with 15-seconds short video format given it is way more original and requires skills to shoot and put out on the platform.

Due to the violation of YouTube’s policy of cyberbullying Milati’s video — with nearly 40 million views — was taken down from the platform last week. This erupted a social war between the two video platforms.

Since then YouTube fans have been giving 1-star rating to TikTok and highlighting the fact that the platform encourages acid attacks, rape culture, misogyny, and many other problematic content. TikTok app on Google Play store is listed with hundreds and thousands of 1 star rating. The overall app rating has dropped from 4.5 to 1.3 on Play store while on Apple App store it is rated 3.8. However, sources close to the company said low-rating does not mean the app will be removed from Play store.