Facebook has launched a new feature called 'Editions', an answer to Snapchat's Discover 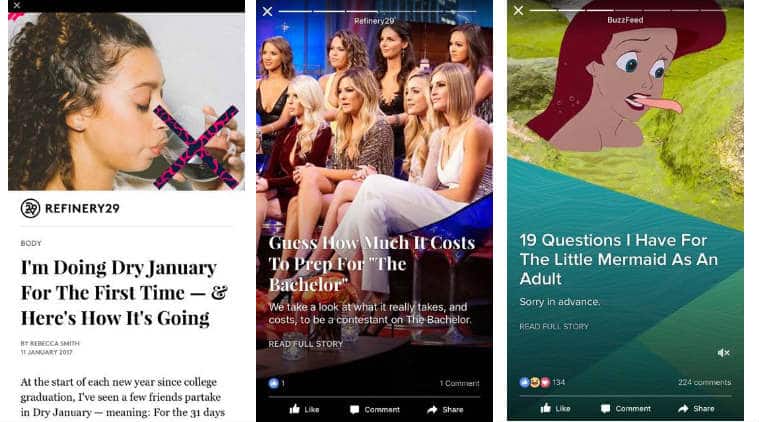 It was reported in December that Facebook is looking to test a new feature called Collections, which will be a rival to Snapchat’s Discover feature. For the uninitiated, Discover is where publishers create a special edition of content just for Snapchat. Even videos inside the Discover feature are shot in Snapchat’s traditional vertical format. Now it looks like Facebook’s own answer to Discover is ready and it is called Editions.

Facebook put out an announcement on its newsroom this week saying it is exploring formats to allow multiple Instant Articles to be shown in one place. The newsroom post read, “Starting January 12th, we will begin to test a way for publishers to combine multiple Instant Articles into one post.” The post says that a publisher will just need to choose their articles, cover image or videos to create the package and then users on the latest version of Facebook’s iOS and Android apps will be able to see this package.

We got a notification today saying Refinery29 and BuzzFeed have posted new ‘Editions’. When one taps on each individual publisher’s name, you are taken to their ‘Edition’ and yes it looks like a lot like say Stories on Instagram. But these have Instant articles inside them.

In the notification we got, each article usually has a picture on top, and if you swipe up you’ll be able to read the full article. Swipe down once you are done reading the article and it will disappear. Keep swiping left on these cover photos to read more articles, and you swipe right to read what you might have missed. So far we’re seeing around five stories inside each edition, and the Stories appear in Facebook’s Instant Articles format, and don’t take time to load. 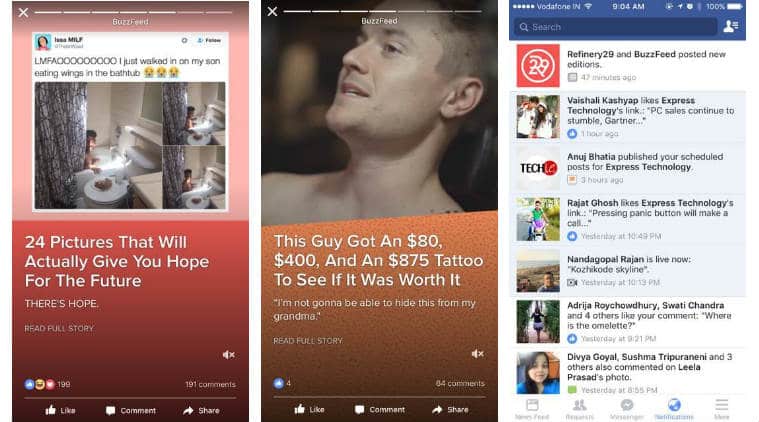 Facebook-own Instagram introduced Stories (another Snapchat copy) last year, and now reports that 150 million people are using it daily. Instagram also announced Stories will have ads in between them. For the record, Snapchat’s daily active users are said to be around 150 million, but the company has never actually confirmed these numbers.

Facebook and its affiliates have made it clear that Snapchat is the target and it looks like Editions is the next step. Facebook has a big head-start here, because it has emerged as a major news source for people across the world. Most major publishers have also adopted Facebook’s Instant Articles for their stories, and if Editions is made available to more publishers, they will follow suite. It is testing out this feature currently with BILD, BuzzFeed, El Pais, Fox News, Hindustan Times, India Times, Refinery29, The Sun, USA TODAY and The Washington Post.

The social media giant also announced its ‘Journalism Project’ to work with media houses, and to help them use Facebook Live as tool, discover new storytelling formats, and also work on weeding out fake news.

In 2017, it looks like Facebook is ready to evolve, and plans to add a bunch of new features inspired from Snapchat. For the latter this won’t come as good news.