This Valentine’s Day, look for the red coloured star Betelgeuse in the night sky

Look for a rose in the night sky on Valentine's Day. Here's how to spot the star the colour of a rose on February 14, 2021. 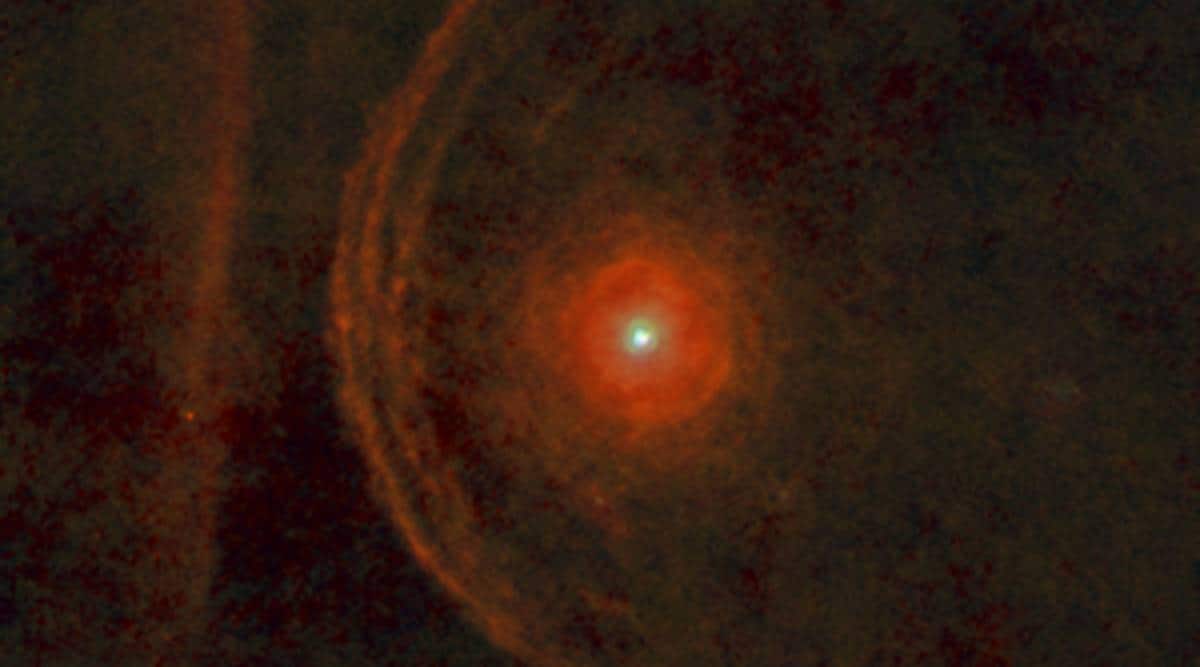 This Valentine’s day, there’s a unique way to make the evening special and you simply need to turn towards the night sky for this. Even if you are not able to meet your partner this Valentine’s Day, you can both try gazing at the night sky to spot the red star Betelgeuse on February 14, 2021.

According to the Nehru Planetarium, Mumbai, one should simply go to a safe, dimly-lit area around 8:30 PM. Make sure that there are no buildings around blocking your view. For those of you have a dedicated terrace in your homes, it will make it easier to try and catch a glimpse of this star.

Face south and look well above the horizon towards the Orion constellation made up of seven stars, including three stars in a row and four stars forming a rectangle surrounding it. Now, focus on the star at the upper left corner of the rectangle.  Betelgeuse has a distinctive red colour hue similar to that of rose. The star’s Indian name is Kakshi.

Comparing the size of Betelgeuse to our Sun, it is 700 times bigger. If the red giant was placed in our solar system it would engulf Earth and even all of Jupiter’s orbit. The star is 500 to 600 light-years away from Earth. It has been in the news since the latter half of 2019 as it went visibly dim.

Some scientists believe that the star’s light is blocked because it threw some of its outer material into space. It is also expected to explode as a supernova which depends on the celestial body’s internal pressure. If that happens, it will be as bright as the moon in the night sky.

However, according to a new study conducted by the international team of scientists at the Kavli Institute for the Physics and Mathematics of the Universe (Kavli IPMU) suggests that Betelgeuse maybe 100,000 years away from explosion as it is still in its early core helium-burning phase. Also, the dip in brightness is a result of stellar pulsations (expansion and contracts in the outer layer) and dust clouds.