The yet-to-be discovered 'Planet Nine' may be 10 times the mass of the Earth and 20 times away from the Sun than Neptune, a study suggests. 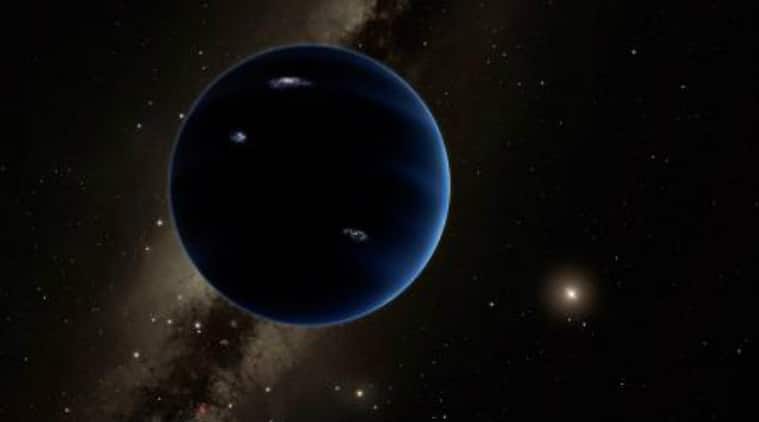 The yet-to-be discovered ‘Planet Nine’ may be 10 times the mass of the Earth and 20 times away from the Sun than Neptune, a study suggests. (Image Source: California Institute of Technology)

The yet-to-be discovered ‘Planet Nine’ may be 10 times the mass of the Earth and 20 times away from the Sun than Neptune, a study suggests. According to researchers, Planet Nine could turn out to be our solar system’s missing ‘super Earth’ – a planet with a mass higher than the Earth’s, but substantially lower than the masses of ice giants Uranus and Neptune. The signs so far are indirect, mainly its gravitational footprints, but that adds up to a compelling case, they said.

“There are now five different lines of observational evidence pointing to the existence of Planet Nine,” said Konstantin Batygin, a planetary astrophysicist at California Institute of Technology (Caltech) in the US. “If you were to remove this explanation and imagine Planet Nine does not exist, then you generate more problems than you solve. All of a sudden, you have five different puzzles, and you must come up with five different theories to explain them,” said Batygin.

Six known objects in the distant Kuiper Belt, a region of icy bodies stretching from Neptune outward towards interstellar space, all have elliptical orbits pointing in the same direction, researchers said. However, these orbits also are tilted the same way, about 30 degrees “downward” compared to the pancake-like plane within which the planets orbit the Sun, they said.
Computer simulations of the solar system with Planet Nine included show there should be more objects tilted with respect to the solar plane.

The tilt would be on the order of 90 degrees, as if the plane of the solar system and these objects formed an “X” when viewed edge-on. Caltech graduate student, Elizabeth Bailey, showed that Planet Nine could have tilted the planets of our solar system during the last 4.5 billion years. In the study published in the Astronomical Journal, researchers wondered why the plane in which the planets orbit is tilted about 6 degrees compared to the Sun’s equator. “Over long periods of time, Planet Nine will make the entire solar-system plane precess or wobble, just like a top on a table,” Batygin said.

The last telltale sign of Planet Nine’s presence involves the solar system’s contrarians: objects from the Kuiper Belt that orbit in the opposite direction from everything else in the solar system, researchers said. Planet Nine’s orbital influence would explain why these bodies from the distant Kuiper Belt end up “polluting” the inner Kuiper Belt, they said. “No other model can explain the weirdness of these high-inclination orbits,” Batygin said. “It turns out that Planet Nine provides a natural avenue for their generation. These things have been twisted out of the solar system plane with help from Planet Nine and then scattered inward by Neptune,” said Batygin.