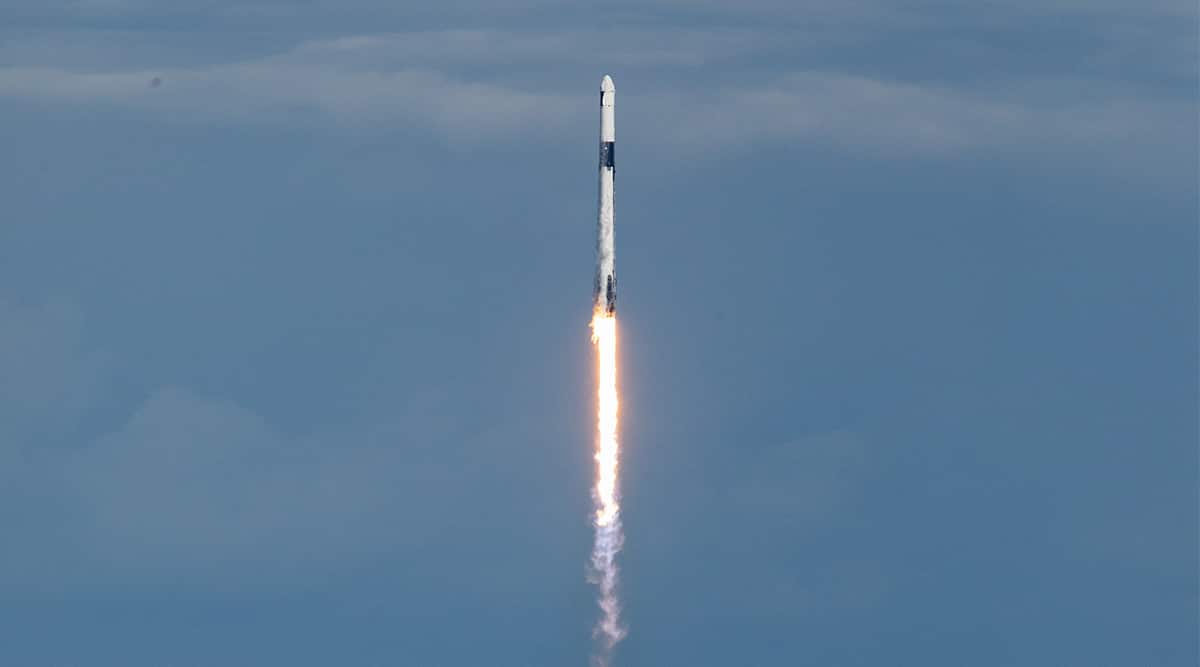 A SpaceX Falcon 9 rocket carrying the Dragon cargo spacecraft is pictured here as it lifts off from Launch Complex 39A at NASA’s Kennedy Space Center in Florida. (Image credit: NASA/Kim Shiflett)

SpaceX successfully launched nearly 3,500 kilograms of science experiments, crew supplies and other cargo to the International Space Station as part of its 26th commercial resupply mission for NASA. The company’s Falcon 9 rocket launched the Dragon spacecraft at 2.20 PM EST on Saturday, November 26. (12.50 AM IST on November 27)

SpaceX’s Dragon spacecraft is scheduled to autonomously dock at the space station around 7.30 AM EST (6 PM IST) on Sunday, November 27. NASA will livestream the autonomous docking operation on its app, its website and through YouTube starting at 4.30 PM IST on November 27.

Here are some of the science missions that are flying aboard the spacecraft.

The “Moon microscope” is a kit for in-flight medical diagnosis that includes a portable hand-held microscope and a small self-contained blood sampling device. With the kit, astronauts can connect and stain a blood sample and transmit images of it to the ground where doctors can use them to diagnose illnesses and make treatment prescriptions.

This test kit is designed to provide advanced diagnostic capabilities for crew members in space or even on the surface of Mars or the Moon. It can also be used to test water and food for contamination. According to NASA, the hardware may be deployed to improve medical monitoring on the Artemis programme.

Currently, astronauts in space are dependent on pre-packaged food that is manufactured here on Earth. But in the future, this could be supplemented by fresh foods that are produced in space. For a while, researchers have been testing a plant growth unit called “Veggie,” which has been successfully used to grow many leafy greens.

The latest SpaceX mission carries the Veg-05 experiment, which will be the next step in this endeavour and will try to grow dwarf tomatoes in space.

Other experiments hitching a ride to the space station on the spacecraft include BioNutrients-2, which tests a system for producing important nutrients from yoghurt and other products; “Falcon Goggles” which will help understand the effect of different gravities on human eyes; and a system that will use “extrusion” using liquid resin to create shapes and structures that can’t be made on Earth.