Scientists use stem cells to create models of pre-embryos 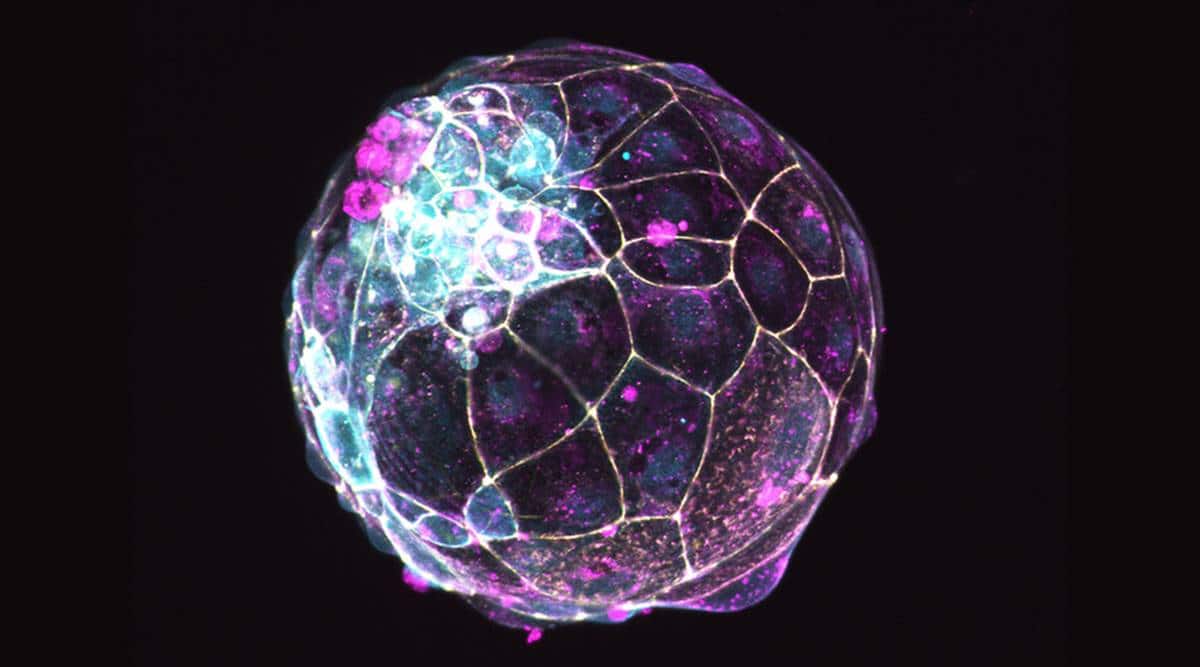 Scientists are using human stem cells to create a structure that mimics a pre-embryo and can serve as a research alternative to a real one.

They say these “blastoids” provide an efficient, ethical way to study human development and pursue biomedical discoveries in fertility and contraception.

The latest effort was detailed Thursday in the journal Nature. The structures aren’t embryos, but scientists nevertheless didn’t let them grow past two weeks in deference to longstanding ethical guidelines.

A @Nature paper demonstrates a model to study how human embryos form and implant into the uterus. Human blastoids are shown to faithfully replicate key phases of early development of the human embryo, including the attachment to cultured uterine cells. https://t.co/7DFHUwPu0S pic.twitter.com/3RuyauxTy8

A blastoid is a model for a blastocyst, a ball of cells that form within a week of fertilization and are about the width of a hair. Nicolas Rivron, a researcher at the Austrian Academy of Sciences and one of the authors of the Nature paper, said the models are “a fantastic alternative” to human embryos for research, partly because donated embryos are hard to obtain and manipulate in the lab.

“It is extremely difficult to use such human embryos to discover any molecules, genes, principles that might allow us to better understand development and also make biomedical discoveries,” Rivron said.

But lab-created stand-ins can be made, altered and studied in big numbers, and would complement embryonic research, he said.

“This unleashes the potential for scientific and biomedical discoveries,” he said. For example, what researchers learn studying blastoids could be used to develop contraceptives that don’t include hormones.

Human #blastoids, a new #breakthrough from the Rivron lab at IMBA @NRivron, faithfully form a reliable #embryomodel in vitro. The findings allow to better understand blastocyst #development and #implantation.

It’s not the first time scientists have created a human blastoid, noted Magdalena Zernicka-Goetz, an expert in stem cell biology at the University of Cambridge who wasn’t involved in the latest study. But “every single step is significant,” improving efficiency as researchers try to master the model, she said.

To create the blastoids, Rivron and his colleagues used two different types of stem cells: either embryonic stem cells from previously established cell lines or stem cells reprogrammed from adult cells, such as skin cells. No new embryonic cell lines were made for the research.

In the future, the stem cells reprogrammed from adult cells are likely to become the new standard in research, he said, but established embryonic cell lines are necessary now because they “are still the ultimate reference.” He said blastocysts were cultured separately to compare them side-by-side with lab-created structures.

The study showed blastoids reliably replicated key phases of early embryo development. When they were placed in contact with cells from the lining of the uterus that had been stimulated with hormones, about half attached and started to grow in the same way blastocysts would.

Rivron said researchers stopped their growth after 13 days and analyzed the cells. At that point, he said, the collection of cells didn’t reflect a 13-day-old embryo; they weren’t growing enough or organizing as well.

He said ethical concerns also came into play: For decades, a “14-day rule” on growing embryos in the lab has guided researchers. Earlier this year, the International Society for Stem Cell Research recommended relaxing the rule under limited circumstances.

Rivron, part of the working group that updated the society’s guidelines, said blastoids aren’t subject to the same rule, but he pointed out the guidelines say they should never be transferred into an animal or human.

“It is very clear that blastoids are not embryos…and if they are not, then why would we apply the 14-days rule to these structures?” he said. Nevertheless, they decided to stop “for the sake of transparency and for making sure things are very well understood by the public.”

Dr. Barbara Golder, editor-in-chief of The Linacre Quarterly, the journal of the Catholic Medical Association, said the development of blastoids shows “how science goes forward.” But, she said, it’s problematic that embryonic cell lines remain the standard in science.

“The ethical problems will exist as long as there’s a connection to the stem cells that are derived from an aborted fetus and as long as we have to correlate one set of stem cell lines against ones that are embryonic stem-cell derived,” she said.