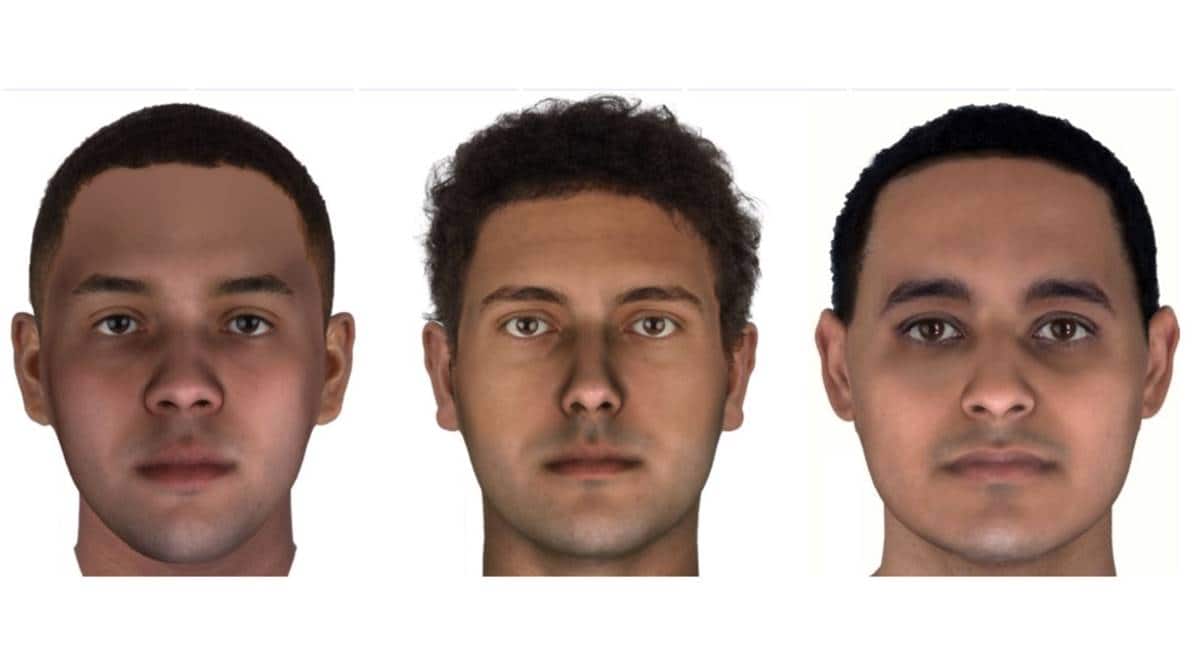 The three men were predicted to have a light brown complexion, with dark eyes and hair and no freckles. (parabon-nanolabs.com)

About 2000 years, how did the Egyptians look like? Did they have dark skin and curly hair? A Virginia-based lab has now recreated the faces of three mummies using their DNA. The three men were predicted to have a light brown complexion, with dark eyes and hair and no freckles.

Their findings were published last month at the International Symposium on Human Identification held in Florida, US.

Parabon NanoLabs predicted the faces of mummies that belonged to an ancient Nile community called the Abusir el-Meleq. This site is believed to have been inhabited from at least 3250 BC to 700 CE. Studies have shown that this area was of great religious significance. They were devoted to Osiris or the god of the dead.

In 2017, researchers from Germany published a paper in Nature detailing how they extracted the ancient DNA from these mummies and what the genomes suggest about their ancestry.

Using this DNA, Parabon NanoLabs carried out a comprehensive study and used the information to reconstruct the faces. The company writes that “this is the first time comprehensive DNA phenotyping has been performed on human DNA of this age.”

The lab used new models to predict the ancestry, skin pigmentation, and face morphology of the three mummies. “Interestingly, their ancestry was determined to be more similar to the modern Mediterranean and Middle Eastern individuals than to modern Egyptians.”

These results were similar to the 2017 paper which wrote that “ancient Egyptians shared more ancestry with Near Easterners than present-day Egyptians, who received additional sub-Saharan admixture in more recent times.”

The forensic artist created the likely appearance of the mummies at age 25. They used special three-dimensional face morphology studies to predict principal components of the faces such as the size of the head, the distance between facial features.