Very few private enterprises have caught the eye of scientists as well as normal people the way that SpaceX has. SpaceX has been setting the bar higher and higher for all of space travel. 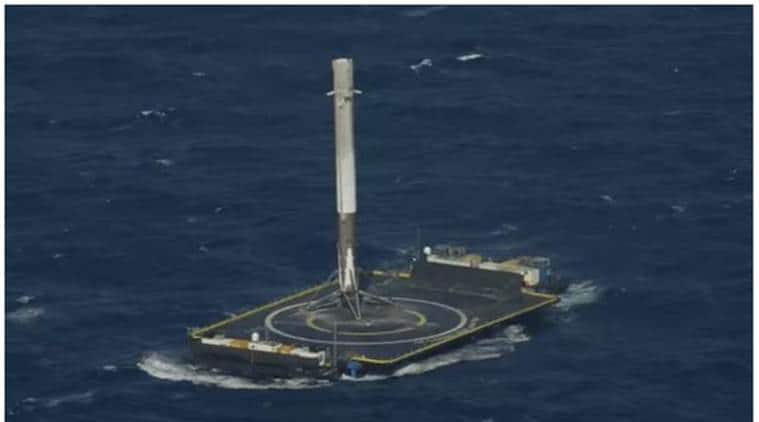 Very few private enterprises have caught the eye of scientists as well as normal people the way that SpaceX has. SpaceX has been setting the bar higher and higher for all of space travel. Entrepreneur Elon Musk’s foray into space had Twitter abuzz past week over its night launch (and subsequent landing) of a rocket on their drone ship, intact, in the middle of the ocean. NASA’s Curiosity Rover’s imaging chief Emily Lakdawalla was one of the many scientists excited about the second landing in human history on a drone ship: “Holy cow! They did it again, this time at night! Well done, @SpaceX!!!” The SpaceX Falcon 9 rocket was launched at 1.21 EST from SpaceX’s launch site at Cape Canaveral, Florida, into space, carrying with it the Japanese telecommunications satellite JCSAT-14. This mission was particularly difficult because the satellite needed a very high orbit, so the Falcon 9 was forced to travel at twice its speed. The previous successful landing was on April 8, the first time in history that a rocket landed safely on a remote-controlled platform in the middle of the ocean. This was their fourth launch this year.

Of late, Virtual Reality (VR) headsets have been one of the most in-demand devices in the gaming industry. However, researchers at Oxford University have found that these VR headsets can be used for treatment of psychiatric conditions like severe paranoia, according to an article tweeted by cognitive scientist Vaughan Bell. For their research, that was published in The British Journal of Psychiatry, the Oxford team designed an entire coach of a subway train in augmented reality in which they placed several people. Around 30 patients suffering from severe paranoia were then “put inside” this coach using VR headsets. Some patients were then told to confront their fears and “lower their defences and try to learn they were safe by approaching computer characters and standing toe-to-toe or staring at them,” the article says. After a day of testing in the augmented coach, it was found that more than half of the patients who confronted their fears were no longer suffering from severe paranoia. “At the heart of paranoia is the unfounded belief that people aren’t safe… With VR we can help the person re-learn that they are safe, and when they do that, the paranoia melts away,” the study’s lead author and clinical psychologist Daniel Freeman said.

Down In The Jungleland: Speaking Tiger