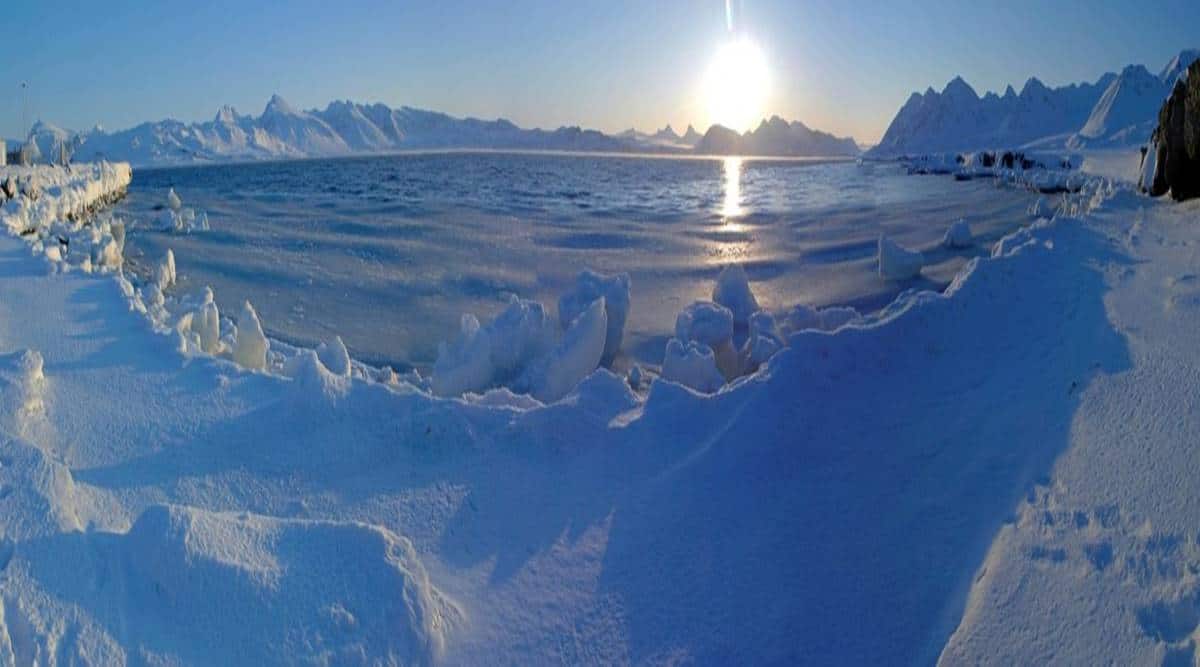 Sea ice is notoriously difficult to forecast because of its complex relationship with the atmosphere above and ocean below. (www.bas.ac.uk)

Scientists have developed a new artificial intelligence (AI) tool that can more accurately forecast Arctic sea ice conditions months into the future. The improved predictions could underpin new early-warning systems that protect Arctic wildlife and coastal communities from the impacts of sea ice loss, according to an international team of researchers led by British Antarctic Survey (BAS) and The Alan Turing Institute, UK.

Described in the journal Nature Communications, the AI system, IceNet, addresses the challenge of producing accurate Arctic sea ice forecasts for the season ahead – something that has eluded scientists for decades.

Also read |When the Arctic warms, it will affect sea levels and precipitation patterns globally

Sea ice, a vast layer of frozen sea water that appears at the North and South poles, is notoriously difficult to forecast because of its complex relationship with the atmosphere above and ocean below, the researchers said.

The sensitivity of sea ice to increasing temperatures has caused the summer Arctic sea ice area to halve over the past four decades, equivalent to the loss of an area around 25 times the size of Great Britain, they said. These accelerating changes, the researchers noted, have dramatic consequences for the world climate, for Arctic ecosystems, and Indigenous and local communities whose livelihoods are tied to the seasonal sea ice cycle.

IceNet is almost 95 per cent accurate in predicting whether sea ice will be present two months ahead – better than the leading physics-based model, according to the researchers.

“The Arctic is a region on the frontline of climate change and has seen substantial warming over the last 40 years,” said study lead author Tom Andersson, data scientist at the BAS AI Lab. “IceNet has the potential to fill an urgent gap in forecasting sea ice for Arctic sustainability efforts and runs thousands of times faster than traditional methods,” Andersson said.

Unlike conventional forecasting systems that attempt to model the laws of physics directly, the authors designed IceNet based on a concept called deep learning. Through this approach, the model ‘learns’ how sea ice changes from thousands of years of climate simulation data, along with decades of observational data to predict the extent of Arctic sea ice months into the future.

“Now we have demonstrated that AI can accurately forecast sea ice, our next goal is to develop a daily version of the model and have it running publicly in real-time, just like weather forecasts,” Andersson said. “This could operate as an early warning systems for risks associated with rapid sea ice loss,” he added.