Researchers have predicted that the change to the night sky will be visible to the naked eye. 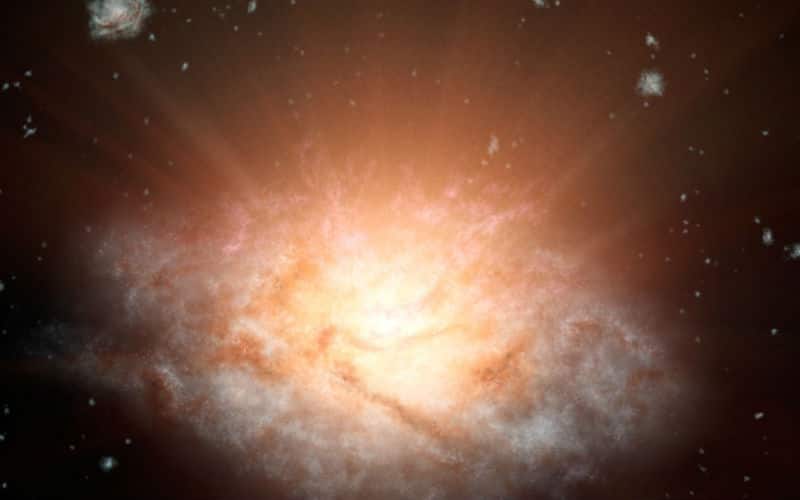 The star will increase its brightness ten thousand fold, becoming one of the brighter stars in the heavens for a time. (Source: NASA)

A pair of binary stars is set to merge and explode in 2022, increasing in brightness by ten thousand times to become one of the brighter objects in the night sky for a time, scientists have predicted. Researchers including those from Apache Point Observatory and the University of Wyoming in the US said that the change to the night sky will be visible to the naked eye.

“It’s a one-in-a-million chance that you can predict an explosion. It’s never been done before,” said Larry Molnar, professor at Calvin College in the US. Molnar’s prediction is that a binary star (two stars orbiting each other) he is monitoring will merge and explode in 2022, give or take a year.

The star will increase its brightness ten thousand fold, becoming one of the brighter stars in the heavens for a time.The star will be visible as part of the constellation Cygnus, and will add a star to the recognisable Northern Cross star pattern.

Molnar’s exploration into the star known as KIC 9832227 began back in 2013. Researchers looked at how the colour of the star correlated with brightness and it was a contact binary system, in which the two stars share a common atmosphere, like two peanuts sharing a single shell.

They then determined a precise orbital period from Kinemuchi’s Kepler satellite data (just under 11 hours) and found that the period was slightly less than that shown by earlier data. Upon observing the period change to continue through 2013 and 2014, Molnar determined the orbital timing spanning 15 years, making the prediction that KIC 9832227 is likely to merge and explode.

Researchers have have also performed two strong observational tests of the alternative interpretations. First, spectroscopic observations ruled out the presence of a companion star with an orbital period greater than 15 years. Second, the rate of orbital period decrease of the past two years followed the prediction made in 2015 and now exceeds that shown by other contact binaries.

“Bottom line is we really think our merging star hypothesis should be taken seriously right now and we should be using the next few years to study this intensely so that if it does blow up we will know what led to that explosion,” said Molnar.

Researchers will be observing KIC 9832227 in the next year over the full range of wavelengths: using the Very Large Array, the Infrared Telescope Facility, and the XMM-Newton spacecraft to study the star’s radio, infrared and X-ray emission, respectively.