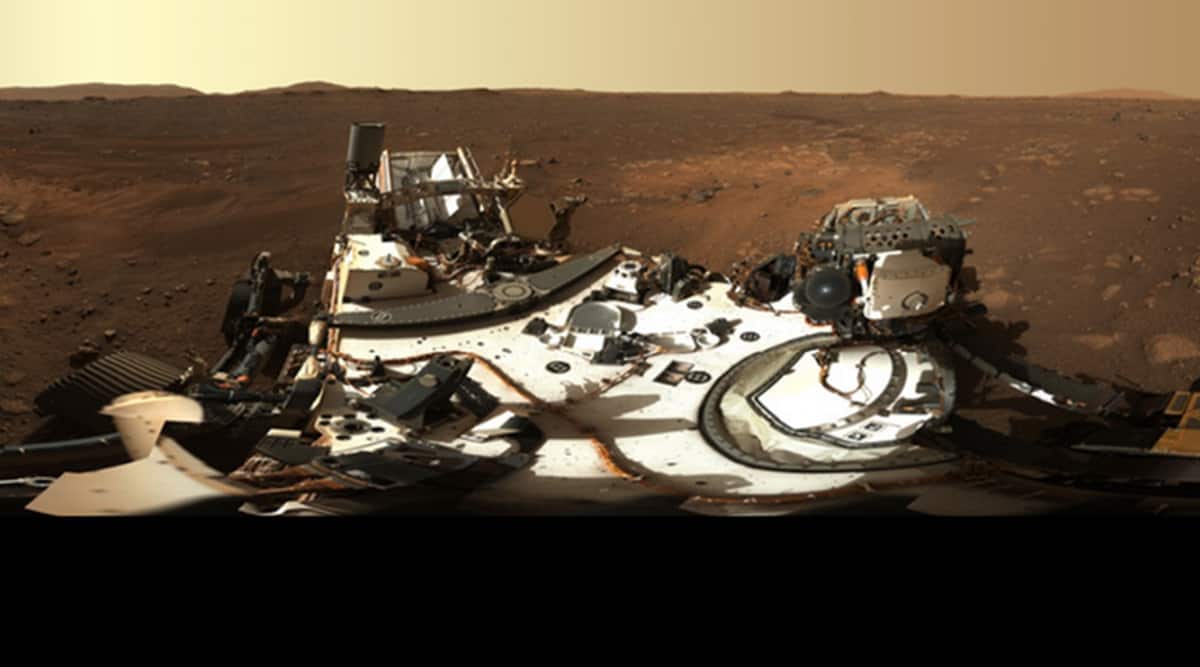 National Aeronautics and Space Administration (NASA) has shared the first high-definition panoramic view image captured by the Perseverance Mars rover’s Mastcam-Z dual cameras. The image shared on Thursday shows in detail the rover’s landing site at the Jezero crater. The HD image was captured by rotating the mast of the rover, where the camera system has been mounted.

The released image is a combination of 142 images that shows the crater rim and cliff on an ancient river delta from afar. The quality of the camera system is such that it can reveal details as small as 0.1 to 0.2 inches near the rover whereas 6.5 to 10 feet when capturing distant areas.

I’m taking it all in. This is the first 360º view of my home using Mastcam-Z. This dual, high-definition camera system sits atop my mast and has zoom capability. Inspect tiny details of Jezero Crater with the special interactive viewer at https://t.co/roDhWK56gj #CountdownToMars pic.twitter.com/TAy28PpG73

There are a total of 23 cameras on the Mars rover. Out of them, the Mastcam-Z cam is equipped with a zoom function that lets it focus and take HD video alongside panoramic colour and 3D images. It is mounted at six feet six inches and 9.5 inches apart from each other enabling stereo vision.

These images will help scientists study the geological history and atmospheric conditions of the 45km wide crater on the Red planet. It will help them pay close attention to certain rocks and sediments using instruments onboard. Later, the analysis will help them decide which rock samples to collect and bring back to Earth.

“We’re nestled right in a sweet spot, where you can see different features similar in many ways to features found by Spirit, Opportunity, and Curiosity at their landing sites,” Jim Bell of Arizona State University’s School of Earth and Space Exploration, the instrument’s principal investigator said.

However, this is not the first panoramic image captured by the rover’s cameras. On February 20, Perseverance’s navigation cameras captured a 360 degree-view as well. The NavCams are also located on the mast or head of the rover.

Jack & Joe put India in a spin: How the hosts collapsed like a pack of cards versus England