NASA’s asteroid mission to test concepts for journey to Mars 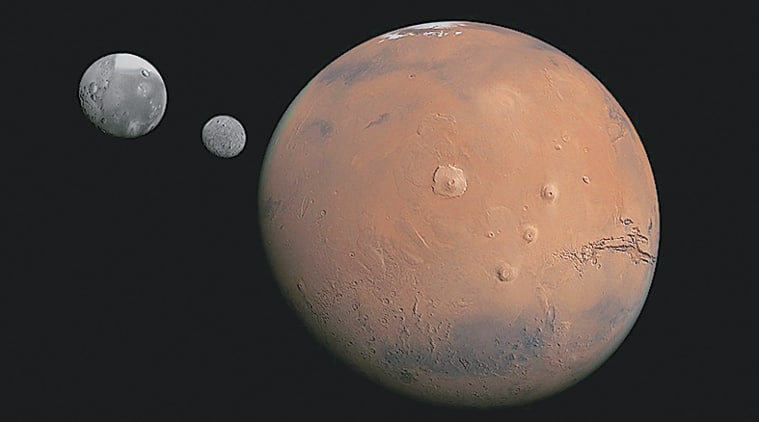 ARM will demonstrate the world’s most advanced and most efficient solar electric propulsion system. (File)

In a bid to validate concepts for the future manned journey to Mars, NASA has approved the Asteroid Redirect Mission (ARM) to proceed to the next phase of design and development for the mission’s robotic segment.

ARM is a two-part mission that will integrate robotic and crewed spacecraft operations in the proving ground of deep space to demonstrate key capabilities needed for NASA’s journey to the red planet.

The robotic component of ARM will demonstrate the world’s most advanced and most efficient solar electric propulsion system as it travels to a near-Earth asteroid (NEA).

NEAs are asteroids that are fewer than 194 million km from the Sun at the closest point in their orbit. Although the target asteroid is not expected to be officially selected until 2020, NASA is using 2008 EV5 as the reference asteroid while the search continues for potential alternatives.

A target asteroid such as 2008 EV5 is particularly appealing to the scientific, exploration, and industrial communities because it is a primitive, C-type (carbonaceous) asteroid, believed to be rich in volatiles, water and organic compounds, NASA said.

The ability to extract core samples from the captured boulder will allow us to evaluate how its composition varies with depth and could unlock clues to the origins of our solar system.

Astronaut sampling and potential commercial activities could indicate the value of C-type asteroids for commercial mining purposes, which in turn could have significant impacts on how deep space missions are designed in the future.

After collecting a multi-tonne boulder from the asteroid, the robotic spacecraft will slowly redirect the boulder to an orbit around the Moon, using its gravity for an assist, where NASA plans to conduct a series of proving ground missions in the 2020s.

There, astronauts will be able to select, extract, collect and return samples from the multi-tonne asteroid mass, and conduct other human-robotic and spacecraft operations in the proving ground that will validate concepts for NASA’s journey to Mars. The crewed segment, targeted for launch in 2026, remains in an early mission concept phase, or pre-formulation.

It will also demonstrate astronaut spacewalk activities for sample selection, extraction, containment and return; and mission operations of integrated robotic and crewed vehicle stack – all key components of future in-space operations for human missions to Mars.