NASA's Perseverance Rover has dropped a fourth sample tube on the Martian surface. These four are part of the ten samples that will be left on the planet's surface as a backup for the Mars Sample Return Program. 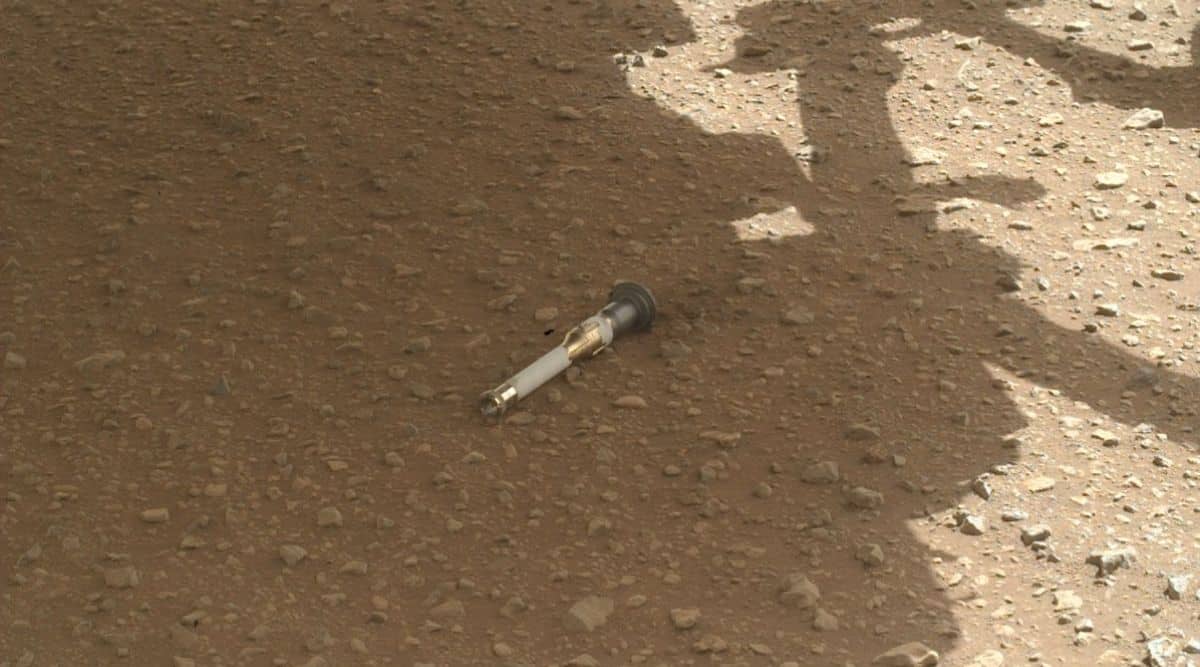 NASA’s Perseverance Mars Rover has dropped a fourth sample tube on the Martian surface. The tube contains one of the ten samples that will be considered for a journey back to the Earth as part of the space agency’s Mars Sample Return Program.

The Perseverance Mars Rover took 43 six-inch-long cylindrical titanium sample containers to Mars. Among these, 38 will be filled with different kinds of samples collected from the Martian surface while five “witness tubes” will be kept empty to document the cleanliness of the sampling system throughout the mission.

So far, the Perseverance Rover has collected 18 samples of Martian rock and regolith. Currently, it is intended that the rover would deliver the samples to a future robotic lander as part of the Mars Sample Return Program. In turn, the lander would use a robotic arm to place the samples in a containment capsule on a small rocket that would later launch into a Martian orbit. From there, another spacecraft would capture the sample container so that it can be returned to the Earth.

In case the Perseverance rover is unable to deliver the samples to the lander, the “depot” of 10 samples that will be left on the Martian surface will serve as backup. NASA will use a pair of sample recovery helicopters to retrieve the samples from the ground and deposit it with the Martian lander.

Won’t the samples get buried by sandstorms?

NASA had to retire its InSight Mars lander after it got stuck under a “continent-sized” dust storm, leaving its solar panels covered in dust and unusable. So wouldn’t such dust storms also cover up the sample tubes left on the Martian surface? Not really. There is a reason why the space agency is not worried about this possibility.

“Mars does get windy, but not like on Earth. The atmosphere here is much less dense: about 1/100th that of Earth’s. Winds around here can pick up *speed,* but they don’t pick up a lot of *stuff.* Think fast, but not strong,” wrote NASA’s Perseverance team on Twitter.