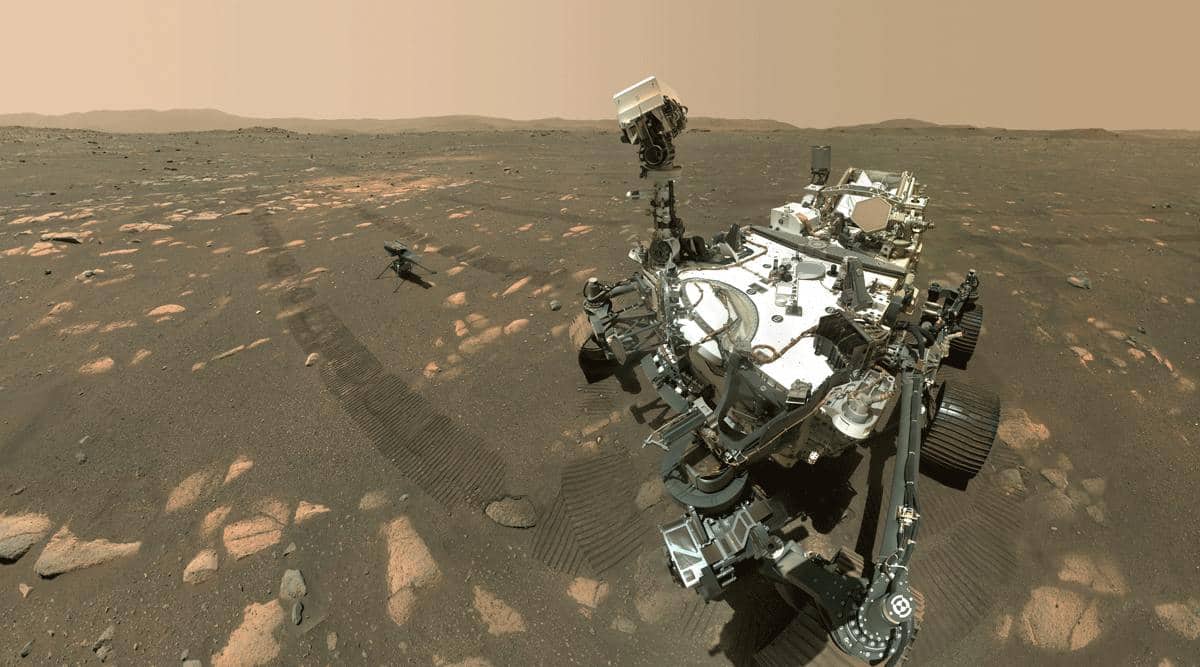 A camera, called WATSON, was used at the end of its robotic arm to capture the image ( Image source : NASA)

NASA has shared a historic selfie taken aboard the Perseverance rover on April 6. The image was taken beside the Ingenuity copter on the Martian surface. A camera, called WATSON, was used at the end of its robotic arm to capture the image. Interestingly, the final image which was released by NASA, does not include the robotic arm in the snap.

NASA has explained how the complex feat was achieved in detail. The space agency says that the rover took 62 individual images that were then stitched together into a single selfie. Additionally as the space agency used multiple images, they could exclude the robotic arm from the final snap. NASA studies the selfies to inspect on wear and tear on the rover.

NASA’s Jet Propulsion Laboratory has shared a video which shows the sequence in which Perseverance took the 62 individual images with its WATSON camera.

The video includes the sound of the robotic arm twisting and manoeuvring to take the images. Vandi Verma, Perseverance’s Chief Engineer for Robotic Operations, explained the difference between a selfie taken by a human and the one taken by the rover.

She stated that even when the robotic arm was fully extended the camera could not capture the entire rover in a single image. This is due to the the fact that the WATSON camera is designed to capture close-up detailed shots for scientific research. So counter the issue, scientists took multiple images and then stitched them together for the final snap.

One of the key objectives of the 2020 Perseverance mission is astrobiology, which includes the search for signs of ancient microbial life.

My birthday wish is to grow further as an artiste: Jasmin Bhasin