A month ago, Perseverance drilled into much softer rock, and the sample crumbled and didn’t get in the titanium tube. 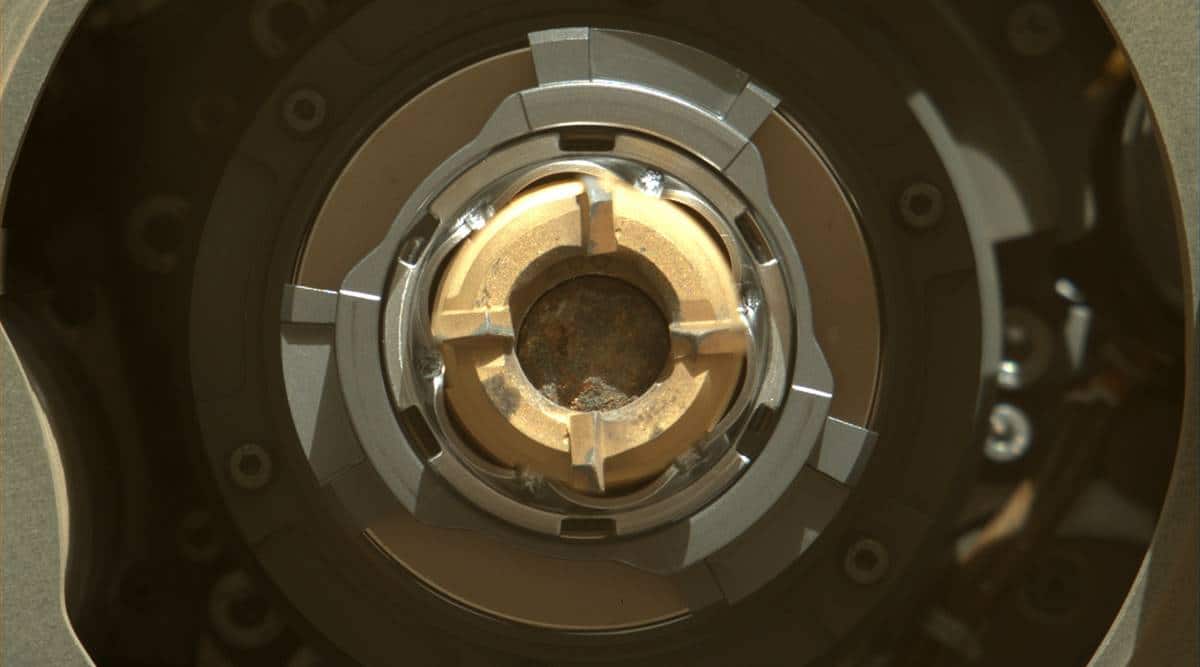 This Mastcam-Z image shows a sample of Mars rock inside the sample tube on Sept. 1, 2021, shortly after the coring operation. (NASA/JPL-Caltech/ASU/MSSS)

We have a sample! I’ve never been more happy to see a hole in a rock. #SamplingMars https://t.co/bVstYvkYdG

But NASA later said it was awaiting more photos before declaring success although the “team is confident that the sample is in the tube.”

A month ago, Perseverance drilled into much softer rock, and the sample crumbled and didn’t get in the titanium tube. The rover drove a half-mile to a better spot to try again.

#SamplingMars update: first images show a sample in the tube after coring. But pics I took after an arm move are inconclusive due to poor lighting. I’m taking more photos in better light to confirm that we still have an intact core in the tube.

Initial photos taken Wednesday show a sample in the tube but later images were inconclusive because of poor lighting, NASA said in a news release. The rock sample — about the thickness of a pencil — could have slipped down deeper into the tube during a series of planned vibrations, it said. More photos are planned.

Perseverance arrived in February at Mars’ Jezero Crater — believed to be the home of a lush lakebed and river delta billions of years ago — in search of rocks that might hold evidence of ancient life. NASA plans to launch more spacecraft to retrieve the samples collected by Perseverance; engineers are hoping to return as many as three dozen samples in about a decade.

We have right to raise voice for Muslims anywhere including Kashmir, says Taliban