The Landsat 9 will join previously-launched Landsat 8 to collect images across Earth every eight days. 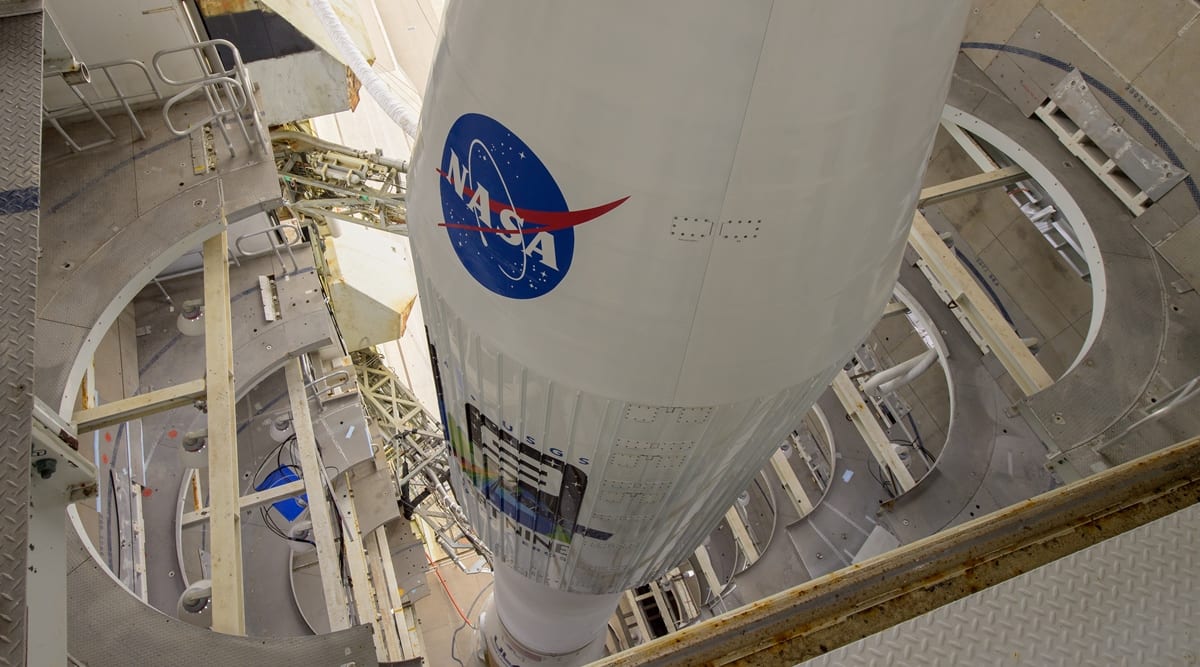 Landsat 9 satellite was lifted off on a United Launch Alliance Atlas V rocket from Vandenberg Space Force Base in California. (NASA/Bill Ingalls)

NASA’s Landsat 9 satellite was successfully launched on Monday from Vandenberg Space Force Base in California. The satellite will monitor the Earth’s land surface and provide data to assist in climate change planning.

The satellite is performing as expected, NASA said in a statement. It lifted off on a United Launch Alliance Atlas V rocket from Space Launch Complex 3E at 2.12 pm Eastern Time, following which the Landsat 9 observatory successfully separated from the vehicle.

The #Landsat 9 satellite has lifted off from the Vandenberg Space Force Base in California aboard a @ULALaunch Atlas V rocket at 2:12pm ET. pic.twitter.com/O6YXhtf7kT

The launch marks nearly 50 years of Landsat presence in space. The first launch was in 1972 – since then, a Landsat has always remained in orbit. The Landsat 9 will join previously-launched Landsat 8 to collect images across Earth every eight days. NASA said that these images assist research on monitoring forests, agriculture, quality of water, health of coral reef habitats, and behaviour of glaciers.

“As the impacts of the climate crisis intensify in the United States and across the globe, Landsat 9 will provide data and imagery to help make science-based decisions on key issues including water use, wildfire impacts, coral reef degradation, glacier and ice-shelf retreat, and tropical deforestation,” said Secretary of the Interior Deb Haaland.

NASA, in a statement, said that the Operational Land Imager 2 (OLI-2) and the Thermal Infrared Sensor 2 (TIRS-2) instruments on Landsat 9 can capture data across 185 kms in enough detail to enable identification of individual crop fields in the US.

“The instruments aboard Landsat 9 – the Operational Land Imager 2 (OLI-2) and the Thermal Infrared Sensor 2 (TIRS-2) – measure 11 wavelengths of light reflected or radiated off Earth’s surface, in the visible spectrum as well as other wavelengths beyond what our eyes can detect. As the satellite orbits, these instruments will capture scenes across a swath of 185 kilometers. Each pixel in these images represents an area about 30 meters across, about the size of a baseball infield. At that high a resolution, resource managers will be able to identify most crop fields in the United States,” NASA said it a statement, adding that this was a joint mission with the US Geological Survey.

The recent launch gains significance in the light of the heightened awareness on climate change incident and the increase in extreme climate events like wildfires, floods and melting of glaciers.

US Vice President Kamala Harris wrote on Twitter that the Landsat 9 will assist in measuring the effects of climate change.

“Congratulations to @NASA and @USGS on the launch of #Landsat 9! Today’s launch will continue five decades of continuous Landsat Earth observation to monitor, understand, and manage land resources needed to sustain human life and measure the effects of climate change,” Harris wrote on Twitter.