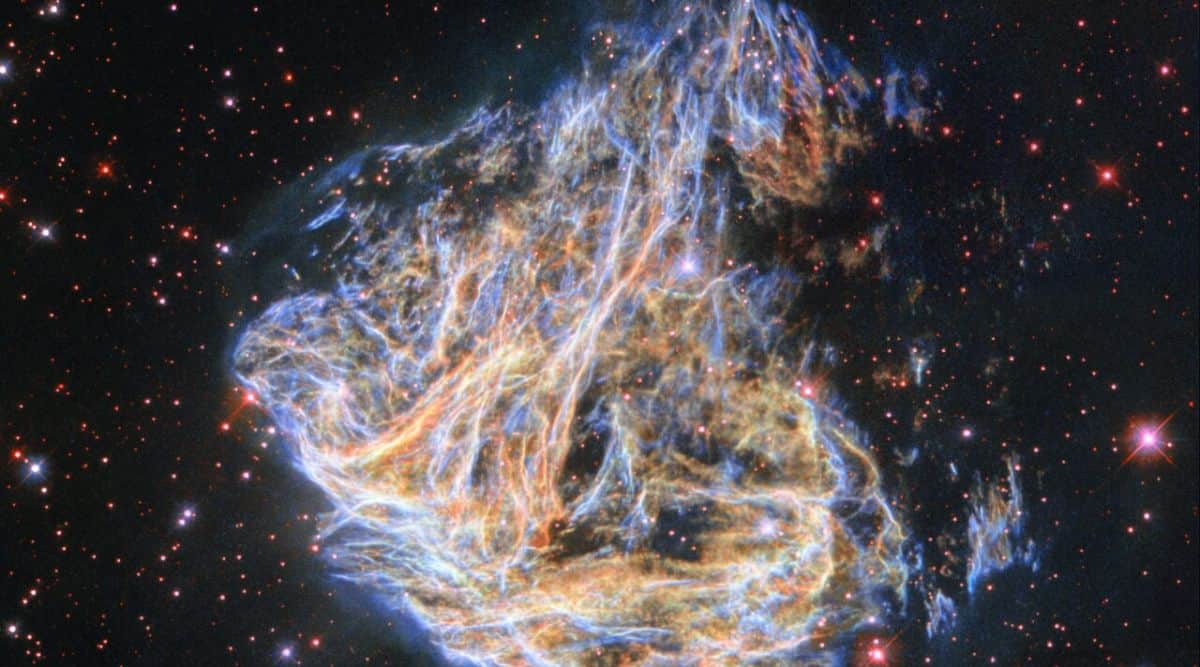 This stunning patchwork of filaments and sheets captured by Hubble is from a supernova remnant in the Large Magellanic Cloud. (Image credit: NASA/ESA and The Hubble Heritage Team (STScI/AURA))

In this image from NASA’s Hubble Space Telescope, the delicate filaments of a supernova remnant can be seen burning brightly against the dark backdrop of deep space. The intricate patchwork of filaments and sheets are from the death of a massive star that lived in the Large Magellanic Cloud, a small satellite galaxy of the Milky Way.

According to NASA, DEM L 190—the supernova remnant in the image that is also known as MCL N49—is the brightest supernova remnant in the Magellanic cloud and lies about 160,000 light years away from our planet in the constellation Dorado. This stunning image was created using data from two different astronomical investigations that used the Wide Field Planetary Camera 3, a retired Hubble instrument. (WFPC2)

The first of the two investigations using the now-defunct instrument looked at DEM L 190 to help scientists study the interaction between the supernova remnants and the interstellar medium, which is the mixture of dust and gas that lies between stars. The second investigation happened when scientists turned to Hubble to locate the origin of a soft gamma-ray repeater. It is a mysterious object lurking in the supernova remnant, repeatedly emitting high-energy bursts of gamma radiation.

NASA had earlier published an image of DEM L 190 in 2003 but this new image incorporates additional data and was made using improved image processing techniques.