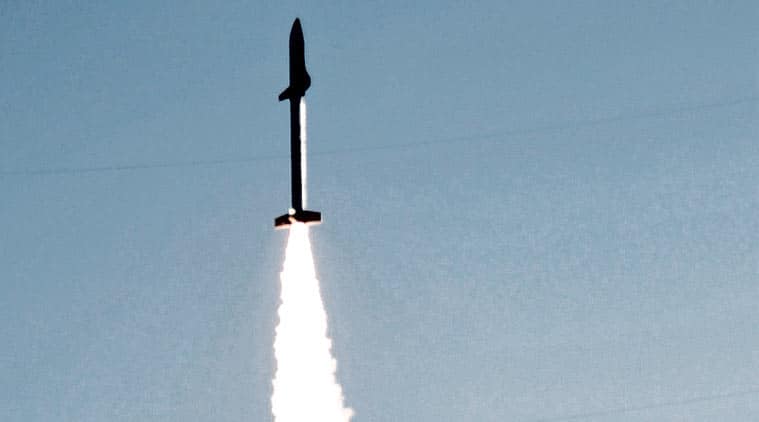 The Indian Space Research Organization (ISRO) has successfully tested its scramjet engine on Sunday in Satish Dhawan Space Centre(SDSC). The scramjet engine, also known as the air-breathing engine because of the technology it uses, was tested with the launch of a big sounding rocket. According to reports, the test launch took place at 6 am.

ISRO Chairman, A S Kiran Kumar, spoke to news agency ANI and said, “Today’s experiment of doing a scramjet engine test is a very significant development. We are the fourth country to do such a thing, the test (scramjet engine) was very successful.”

A senior ISRO official told news agency IANS that the mission was successful. “Two scramjet engines were tested during the flight. The finer details about the test will be known later.” The official also said that as scheduled the two stage/engine RH-560 sounding rocket took off from the rocket port at SDSC in Sriharikota, Andhra Pradesh.

According to reports, the two air breathing engines were at the sides of the rocket and the scramjet (Supersonic Combustion Ramjet) engines would use the atmospheric oxygen when the rocket reaches a height of 11 km. “The scramjet engines were ignited 55 seconds into the rocket’s flight. The engines were tested for six seconds,” the ISRO official added.

The scramjet engine, used only during the atmospheric phase of the rocket’s flight, would help in bringing down the launch cost by reducing the amount of oxidiser to be carried along with the fuel.

On Saturday, the director of SDSC, P. Kunhi Krishnan had told news agency IANS that the launch of INSAT-3DR, the weather satellite with the geosynchronous satellite launch vehicle (GSLV-MkII), had been postponed from August 28 to September 8.

“While carrying out the tests there was a technical issue found with a satellite component. It has been sorted out now and hence the delay.” According to Krishnan, the GSLV rocket that would carry INSAT-3DR is fully assembled. However, it would require three to four days time, to mount the weather satellite on to the rocket.

Reportedly, ISRO will also launch ScatSat — a weather monitoring and forecasting satellite — with polar satellite launch vehicle (PSLV) in September. Though the Indian satellite will be a co-passenger to an Algerian satellite, the two satellites will be put into different orbits.