The communication satellite is envisaged for providing services in Extended-C Band of the frequency spectrum covering India, Andaman and Nicobar and Lakshadweep islands. 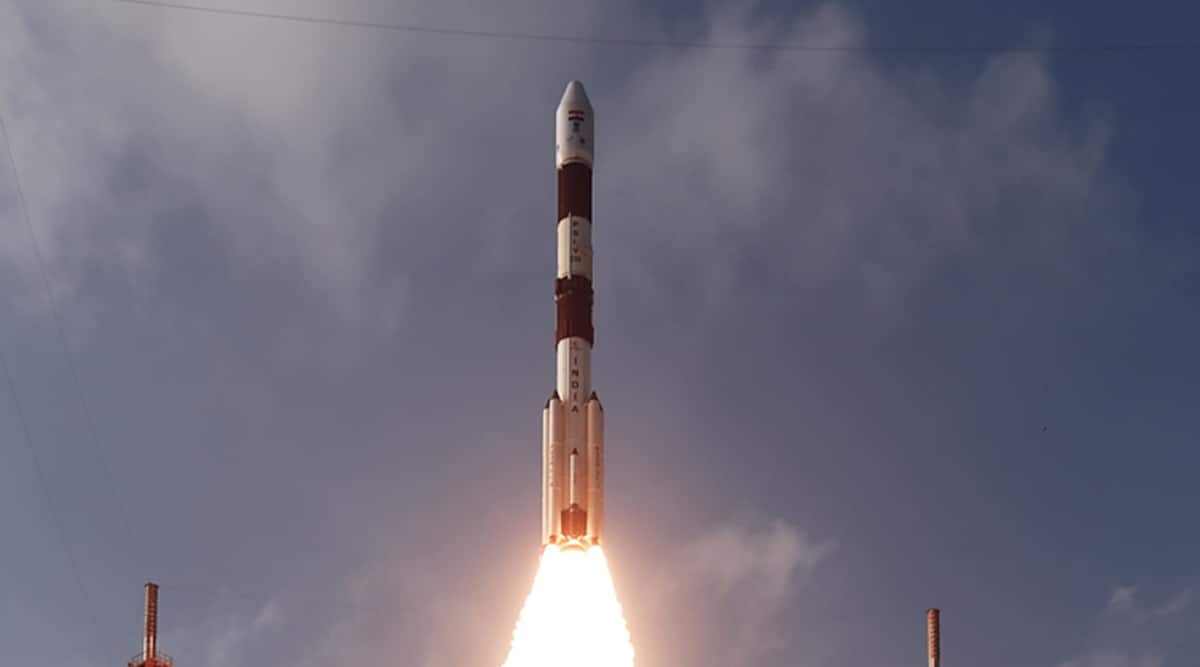 ISRO planned to launch on February 28 Brazilian satellite Amazonia-1 and three Indian payloads, including one built by a home-grown start-up. (Twitter/ISRO, file)

“Satellite is functioning very well and will be placed in a specified slot in another 4 days. Teams worked very well and safely under COVID-19 pandemic situation,” ISRO Chairman Dr K Sivan announced. According to ISRO, the satellite has a life span of seven years. (Twitter/ISRO)

PSLV-C50 is the 22nd flight of PSLV in ‘XL’ configuration (equipped with six strap-on motors), and it was the 77th launch vehicle mission from Sriharikota, about 120 km from Chennai. It follows the successful launch of PSLV-C49 (EOS-01) earth observation satellite and nine customer spacecraft on November 7 which was ISRO’s first mission of the year amid the Covid-19 pandemic.

According to ISRO, the satellite has a life span of seven years.