EOS-03 mission couldn’t be accomplished due to performance anomaly: ISRO

The objective of the mission was to provide real-time imaging of large area regions at frequent intervals, for quick monitoring of natural disasters and obtain spectral signatures for agriculture, forestry, water bodies as well as for disaster warning, cyclone monitoring, cloud burst and thunderstorm monitoring. 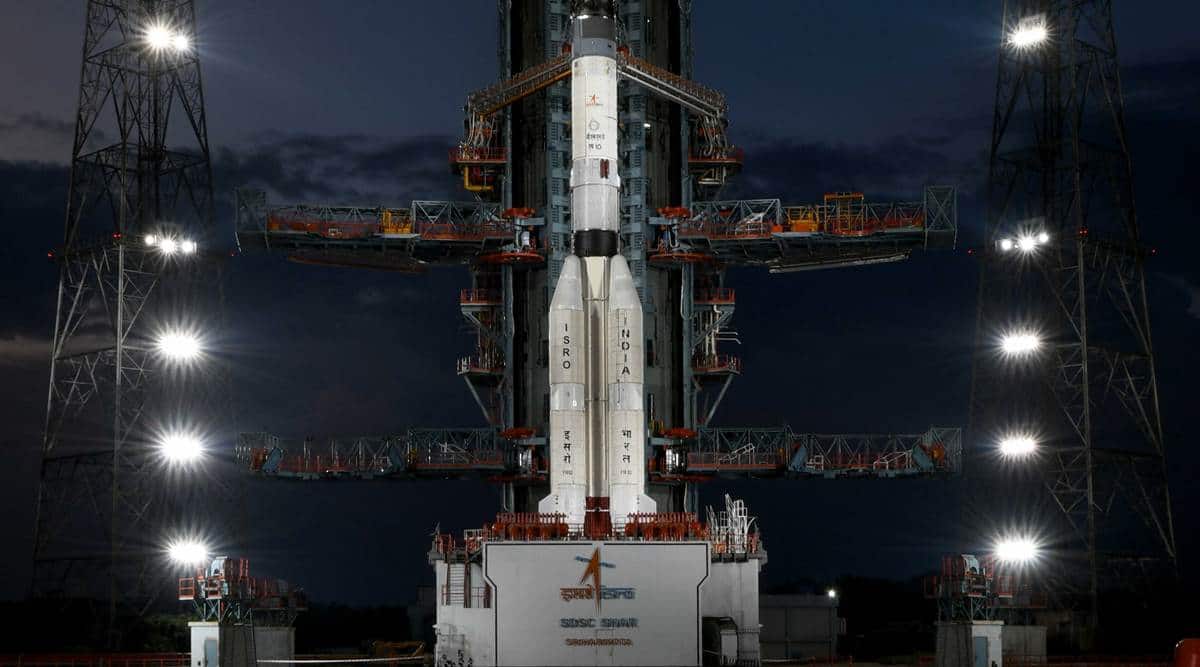 The launch vehicle will carry smaller payloads of about 500 kg in comparison to 1,750 kg carried by PSLV. (File)

The Indian Space Research Organisation’s second mission of the year — to place an earth observation satellite by a GSLV rocket — faced a setback as it could not be accomplished fully due to performance anomaly in the cryogenic stage of the rocket, the space agency said on Thursday.

The GSLV-F10/EOS-03 rocket successfully lifted off from the second launch pad at the spaceport as planned at 05.43 am soon after the 26-hour countdown concluded.

Ahead of the lift-off, the Launch Authorisation Board had cleared the decks for a regular lift-off. The performance of the rocket in the first and second stages was normal, scientists at the mission control centre said.

However, minutes later, they announced that the “mission could not be accomplished fully due to performance anomaly”.

GSLV-F10 launch took place today at 0543 Hrs IST as scheduled. Performance of first and second stages was normal. However, Cryogenic Upper Stage ignition did not happen due to technical anomaly. The mission couldn’t be accomplished as intended.

“Performance anomaly observed in the cryogenic stage. The mission could not be accomplished fully,” the range operations director announced at the Mission Control Centre.

Later, ISRO Chairman K Sivan said, “(The mission) could not be fully accomplished mainly because there is a technical anomaly observed in the cryogenic stage. This I wanted to tell to all my friends.”

After the countdown commenced, scientists were engaged in the filling of propellants for the four-stage rocket at the Satish Dhawan Space Centre, Sriharikota, about 100 kilometres from Chennai.

The launch was a fairly routine event. ISRO has several earth observation satellites in orbit, even though this is only the second one with the new nomenclature that ISRO started to use last November.

The rocket for Thursday’s flight, the GSLV-F10, is equipped with a newly-designed payload carrier at the top. The shape of the carrier has been designed to significantly reduce aerodynamic drag, and allows the rocket to carry much bigger payloads.

EOS-03 was launched ahead of EOS-02, which has been delayed. EOS-02 is now scheduled for a launch in September-October. That launch will try out a new rocket — SSLV, or small satellite launch vehicle. Though India has developed four rockets till now — SLV, ASLV, and different versions of PSLV and GSLV — only two are currently operational. The SSLV is designed to cater to the increasing demand for launch of small satellites, mainly from businesses and universities; it costs much less and consumes less energy.