The water-rich area is about the size of the Netherlands. 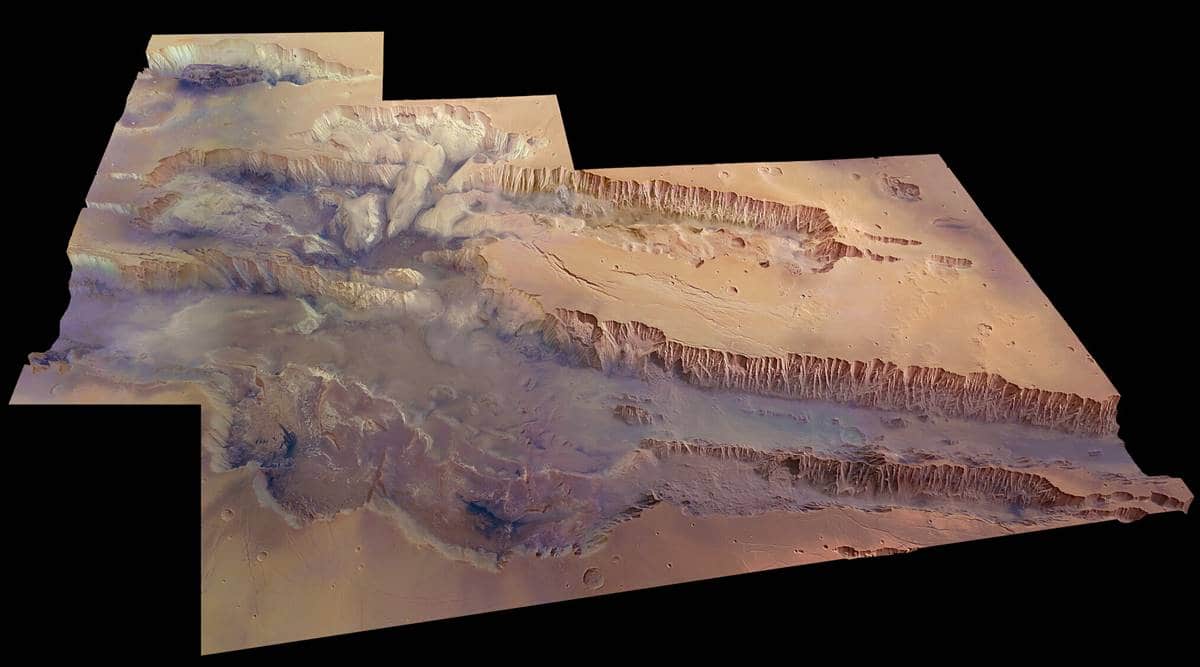 The largest canyon in the Solar System, Valles Marineris is arguably Mars’ most dramatic landscape (ESA)

A Mars orbiter launched in 2016 has spotted water in Mars’ canyon system called the Valles Marineris. The canyon system is the largest in the Solar System and is about ten times longer and five times deeper than Earth’s Grand Canyon.

The Roscosmos ExoMars Trace Gas Orbiter is a joint mission of the European Space Agency and the Russian Roscosmos agency. The water was spotted using the Trace Gas Orbiter (TGO)’s Fine Resolution Epithermal Neutron Detector (FREND) instrument, which helps map hydrogen on the surface of the red planet.

The reservoir is large, not too deep below ground, & could be easily exploitable for future explorers 🤩

“With TGO we can look down to one metre below this dusty layer and see what’s really going on below Mars’ surface – and, crucially, locate water-rich ‘oases’ that couldn’t be detected with previous instruments,” said Igor Mitrofanov of the Space Research Institute of the Russian Academy of Sciences in Moscow, Russia in a press statement. He is also the lead author of the study recently published in Icarus detailing this new find.

The detector showed that there was an unusual amount of hydrogen in the Candor Chaos, situated in the central region of the Valles Marineris. The team writes that a little over 40 per cent of the near-surface material region appears to be water. It adds that the water-rich area is about the size of the Netherlands.

Also read |Mars long ago was wet. You may be surprised where the water went

Co-author Alexey Malakhov, also of the Space Research Institute of the Russian Academy of Sciences explained further, “We found a central part of Valles Marineris to be packed full of water – far more water than we expected. This is very much like Earth’s permafrost regions, where water ice permanently persists under dry soil because of the constant low temperatures.”

A paper published in October in Science had confirmed that Mars’ Jezero crater was once a lake. Pictures sent by NASA’s Perseverance rover helped make the discovery. Last year, another research paper had shown the presence of three underground water lakes in the south pole of the Red planet.

“Knowing more about how and where water exists on present-day Mars is essential to understand what happened to Mars’ once-abundant water, and helps our search for habitable environments, possible signs of past life, and organic materials from Mars’ earliest days,” said Colin Wilson, ExoMars Trace Gas Orbiter project scientist.