As per the statement released, Farfarout is currently 132 astronomical units (au) away from the sun which translates to 132 times away from where Earth is in our solar system. 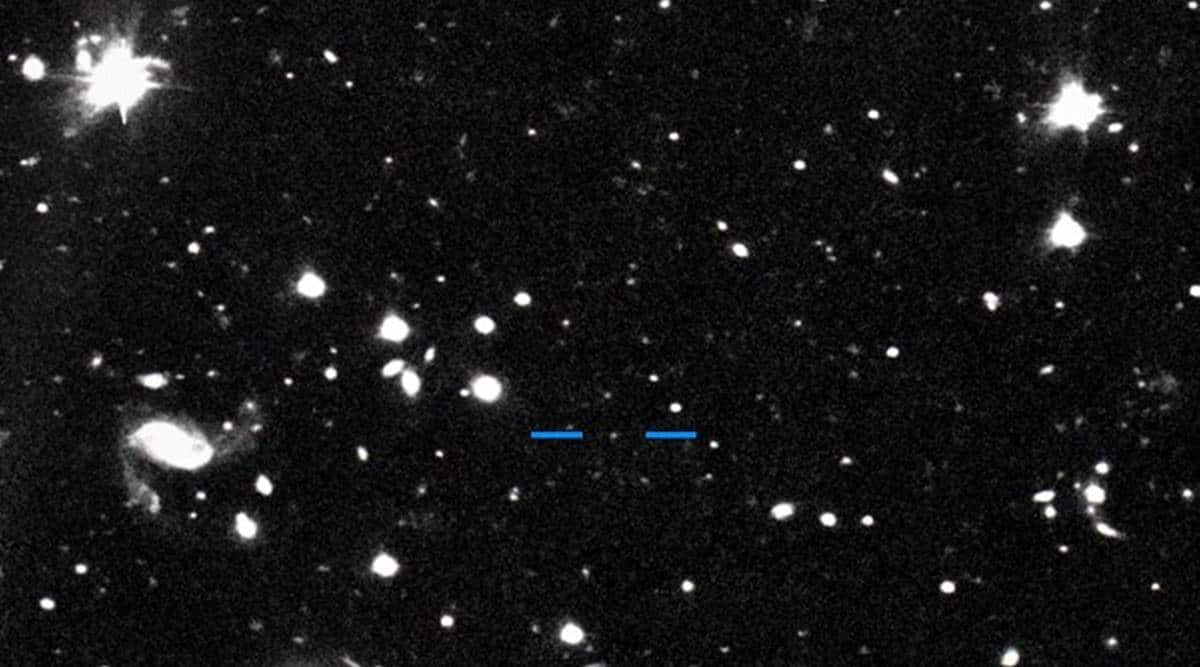 This discovery image of Farfarout (2018 AG37) was taken with the Subaru Telescope on the night of 15 January 2018 Universal Time (UT) (Image Credit: S. Sheppard)

The faint planet named Farfarout has been confirmed as the most distant object in our solar system. The planet was discovered two years ago in January 2018 with the help of the Subaru Telescope at Mauna Kea, Hawaii. This was confirmed with the help of research done in the last two years at the International Gemini Observatory, a Program of NSF’s NOIRLab, and other ground-based telescopes.

The celestial body located far away in our solar system received this designation from the International Astronomical Union (IAU).

“At that time we did not know the object’s orbit as we only had the Subaru discovery observations over 24 hours, but it takes years of observations to get an object’s orbit around the Sun,” co-discoverer Scott Sheppard of the Carnegie Institution for Science was quoted by NOIRLab in the press release. “All we knew was that the object appeared to be very distant at the time of discovery.”

However, Farfarout’s distance from the Sun fluctuates depending on its elongated orbit. The closest it can get to the Sun is 27au whereas the farthest it reaches is 175au. While completing its 1,000-year orbit around the Sun, it also comes close to the eighth planet of our solar system, Neptune.

Astronomers believe that Neptune may have played a role in the change of Farfarout’s change in orbit. Farfarout may also help them understand the history of Neptune and the outer solar system.

Also Read |This Valentine’s Day, look for the red coloured star Betelgeuse in the night sky

“Farfarout was likely thrown into the outer Solar System by getting too close to Neptune in the distant past,” said Trujillo. “Farfarout will likely interact with Neptune again in the future since their orbits still intersect.”

Judging from the brightness and the distance from Sun, Farfarout is expected to be 400 km across which means there is a low possibility that it will get the status of a dwarf planet from IAU.

Twitter blocks 97 pc of accounts, posts flagged by IT Ministry