The yet-to-be-named island is 780 meters north of Oodaaq, an island off Cape Morris Jesup, the northernmost point of Greenland and one of the most northerly points of land on Earth. 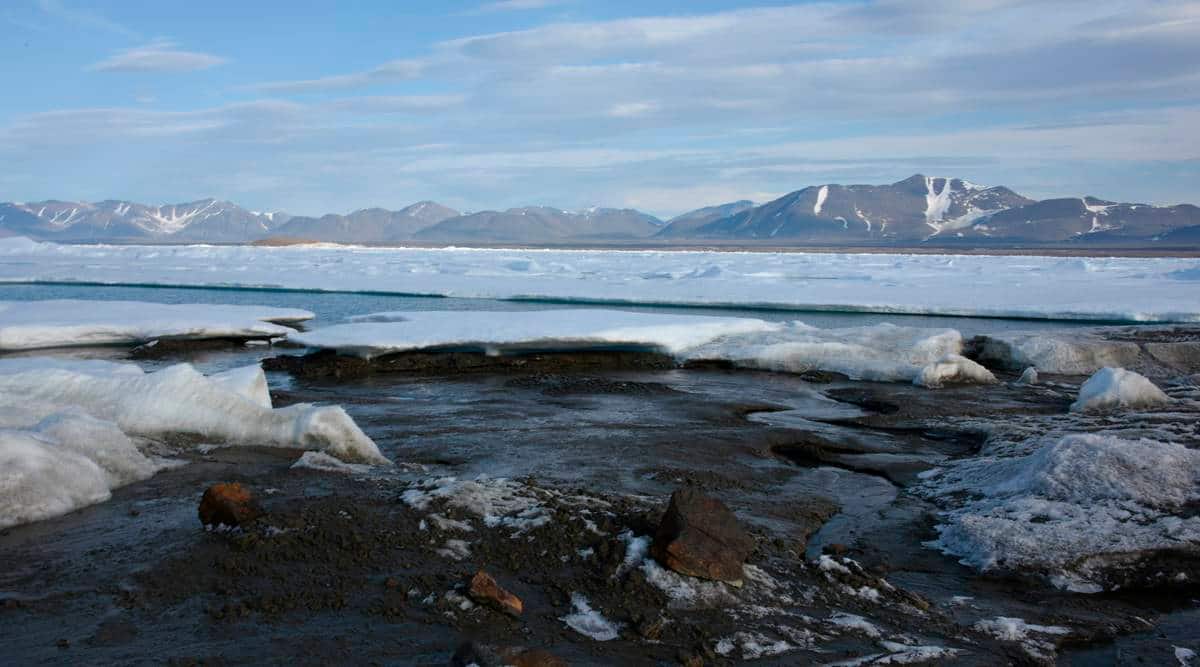 In this photo provided by Morten Rasch on Saturday, Aug. 28, 2021, a view of the newly discovered Island, off the coast of Greenland. (Morten Rasch via AP)

A team of Arctic researchers from Denmark say they accidentally discovered what they believe is the world’s northernmost island located off Greenland’s coast.

The scientists from the University of Copenhagen initially thought they had arrived at Oodaaq, an island discovered by a Danish survey team in 1978, to collect samples during an expedition that was conducted in July.

They instead wound up on an undiscovered island further north.

“We were convinced that the island we were standing on was Oodaaq, which until then was registered as the world’s northernmost island,” said expedition leader Morten Rasch of the university’s department of geosciences and natural resource management. “But when I posted photos of the island and its coordinates on social media, a number of American island hunters went crazy and said that it couldn’t be true,” he said in a statement on Friday.

“Island hunters” are known as adventurers whose hobby it is to search for unknown islands.

The yet-to-be-named island is 780 meters north of Oodaaq, an island off Cape Morris Jesup, the northernmost point of Greenland and one of the most northerly points of land on Earth.

The tiny island, apparently discovered as a result of shifting pack ice, is about 30 by 60 meters (about 100 by 200 feet) in size and rises to about three to four meters (10 to 13 feet) above sea level, the university said. The research team reportedly doesn’t consider the discovery to be a result of climate change and has allegedly proposed naming the island Qeqertaq Avannarleq, which means “the northernmost island” in Greenlandic.

The island consists primarily of small mounds of silt and gravel, according to Rasch. He said it may be the result of a major storm that, with the help of the sea, gradually pushed material from the seabed together until an island formed. The island isn’t expected to exist a long time, Danish researchers believe.

“No one knows how long it will remain. In principle, it could disappear as soon as a powerful new storm hits,” Rasch said.