Electric pulses to brain may boost memory by 15 per cent: Study

A study has shown that electrical impulses passing through the brain can improve information retention and memory by upto 15 percent. 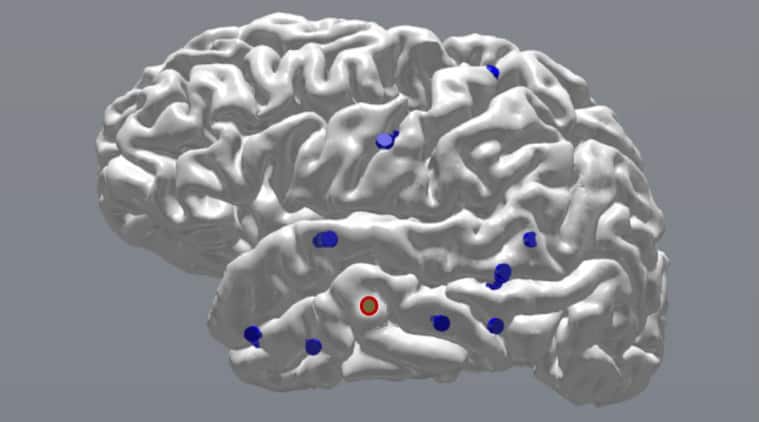 The patient watched and attempted to absorb a list of words, and a computer tracking and recording brain signals made predictions based on those signals. (Image Source: University of Pennsylvania)

Precisely timed electrical stimulation to the left side of the brain can reliably and significantly enhance learning and memory performance by as much as 15 per cent, according to a study. “We developed a system to monitor brain activity and trigger stimulation responsively based on the subject’s brain activity,” said Youssef Ezzyat, a senior data scientist at University of Pennsylvania in the US.

“We also identified a novel target for applying stimulation, the left lateral temporal cortex,” said Ezzyat. In the study published in the journal Nature Communications, the researchers monitored a patient’s brain activity in real time during a task. The patient watched and attempted to absorb a list of words, and a computer tracking and recording brain signals made predictions based on those signals.

The researchers then prompted an electrical pulse at safe levels and unfelt by the participants, when they were least likely to remember the new information. “During each new word the patient viewed, the system would record and analyse brain activity to predict whether the patient had learned it effectively. “When the system detected ineffective learning, that triggered stimulation, closing the loop,” Ezzyat said.

After stimulation was turned off, the system would again listen to the subject’s brain activity, waiting for the next appropriate opportunity to generate the pulse. The study involved 25 neurosurgical patients receiving treatment for epilepsy. Patients participated at clinical sites across the US. All subjects had already had electrodes implanted in their brains as part of routine clinical treatment for epilepsy.

“By developing patient-specific, personalised, machine-learning models, we could programme our stimulator to deliver pulses only when memory was predicted to fail, giving this technology the best chance of restoring memory function,” said Michael Kahana, professor at University of Pennsylvania. “This was important because we knew from earlier work that stimulating the brain during periods of good function was likely to make memory worse,” Kahana said.

2018 Winter Olympics: When is the Opening Ceremony, date, time in IST, live streaming