Chandrayaan-2’s Vikram lander remains missing: All that has happened so far

During its latest flyby over the Moon's south pole, NASA's Lunar Reconnaissance Orbiter (LRO) was unable to spot the presence of Vikram lander near the landing site. 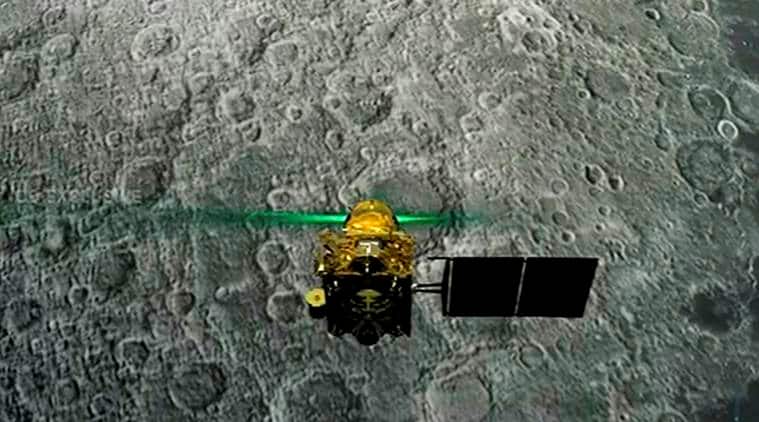 NASA’s Lunar Reconnaissance Orbiter (LRO), in its latest flyby over the Moon’s south polar region, was unable to find any evidence of India’s Chandrayaan-2’s Vikram lander.   In an exclusive email interaction with news agency PTI, the Project Scientist for the LRO mission Noah Edward Petro said that the LRO photographed the area of the targetted landing site of ISRO’s Vikram lander on October 14, however, it could not find any evidence of the lander of India’s second lunar mission. Here’s what has happened so far in the search for Vikram lander.

NASA’s Lunar Reconnaissance Orbiter (LRO), which is circling the Moon since 2009, flew over the expected landing location for the Vikrama Lander in order to see if it could spot India’s missing lander. However, that reconnaissance mission did not yield any positive results.

In a statement by LROC webpage, which is handled by a team at the Arizona State University, it said, “LRO passed over the landing site on September 17 and acquired a set of high-resolution images of the area; so far the LROC (LRO Camera) team has not been able to identify the lander.

According to NASA’s statement at the time, it was likely that Vikram lander had a hard landing, and not a soft landing as ISRO had hoped for. The images shared by NASA showed in detail the location of the lunar surface, and said that the Vikram lander likely attempted a landing between the small patch of lunar highland, between the Simpelius N and Manzinus C craters on the Moon’s surface.

ISRO’s Vikram lander was scheduled to make a soft landing on the lunar surface on the early hours of September 7, however, it did not turn out to be successful as the Indian space agency lost contact with the lander in the final moments of its landing process.

The lander was barely 2.1 kilometres away from the surface of the Moon when the contact was lost and eventually had a hard landing on the lunar surface. ISRO has been trying to re-establish connection with the lander but so far it has not been able to achieve the same.

Also Read | Explained: What is Spectroscopy?

However, despite losing touch with the Vikram lander, ISRO had earlier said that it was able to achieve almost 95 per cent of the Chandrayaan-2 mission’s objectives. The orbiter module of the lunar mission continues to work normally and orbit the Moon.

In fact, Chandrayaan-2’s orbiter has continued to provide inputs to space scientists ever since. Just last week, the orbiter sent back the first illuminated image of the lunar surface taken from its Imaging Infrared Spectrometer (IIRS) payload. In the week prior to this, the orbiter had also observed solar flares with the help of its onboard Solar X-ray Monitor.

Apart from the above inputs, the orbiter has clicked various images of the Earth and the Moon during its journey in space which began earlier this year on July 22.

Harish made a promise to himself and lived up to it, letting no obstacle come in his way to success