Breakthrough invention of solar cell that works like a plant 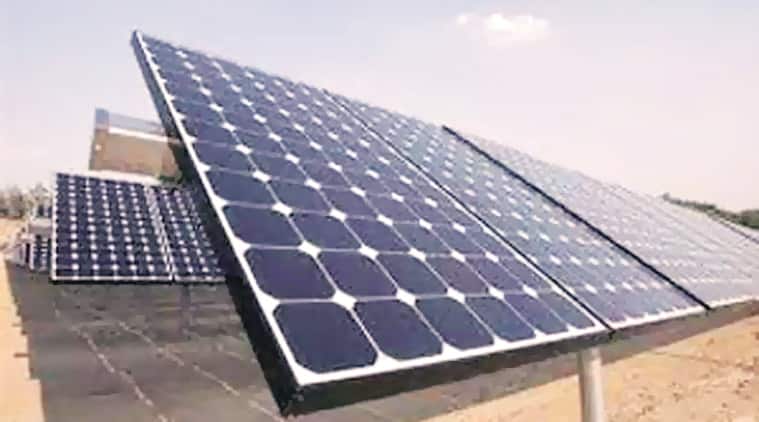 Researchers have developed a potentially game-changing solar cell that essentially does the work of plants — converting atmospheric carbon dioxide into usable hydrocarbon fuel using only sunlight for energy.

“The new solar cell is not photovoltaic – it’s photosynthetic,” said senior study author Amin Salehi-Khojin from the University of Illinois at Chicago.

“Instead of producing energy in an unsustainable one-way route from fossil fuels to greenhouse gas, we can now reverse the process and recycle atmospheric carbon into fuel using sunlight,” he added.

While plants produce fuel in the form of sugar, the artificial leaf delivers syngas, or synthesis gas, a mixture of hydrogen gas and carbon monoxide. Syngas can be burned directly, or converted into diesel or other hydrocarbon fuels.

The ability to turn CO2 into fuel at a cost comparable to a gallon of gasoline would render fossil fuels obsolete.

Chemical reactions that convert CO2 into burnable forms of carbon are called reduction reactions, the opposite of oxidation or combustion.

Engineers have been exploring different catalysts to drive CO2 reduction, but so far such reactions have been inefficient and rely on expensive precious metals such as silver, Salehi-Khojin said.

“What we needed was a new family of chemicals with extraordinary properties,” he added in a paper published in the journal Science.

The team focused on a family of nano-structured compounds called transition metal dichalcogenides — or TMDCs — as catalysts, pairing them with an unconventional ionic liquid as the electrolyte inside a two-compartment, three-electrode electrochemical cell.

The best of several catalysts they studied turned out to be nanoflake tungsten diselenide.

In fact, the new catalyst is 1,000 times faster than noble-metal catalysts and about 20 times cheaper.

The technology should be adaptable not only to large-scale use, like solar farms, but also to small-scale applications, Salehi-Khojin said.

It may prove useful on Mars, whose atmosphere is mostly carbon dioxide, if the planet is also found to have water.