The farmer said his seed variety can produce up to 1,680 kg of rice per quarter hectare, more than double what he was getting from conventional varieties 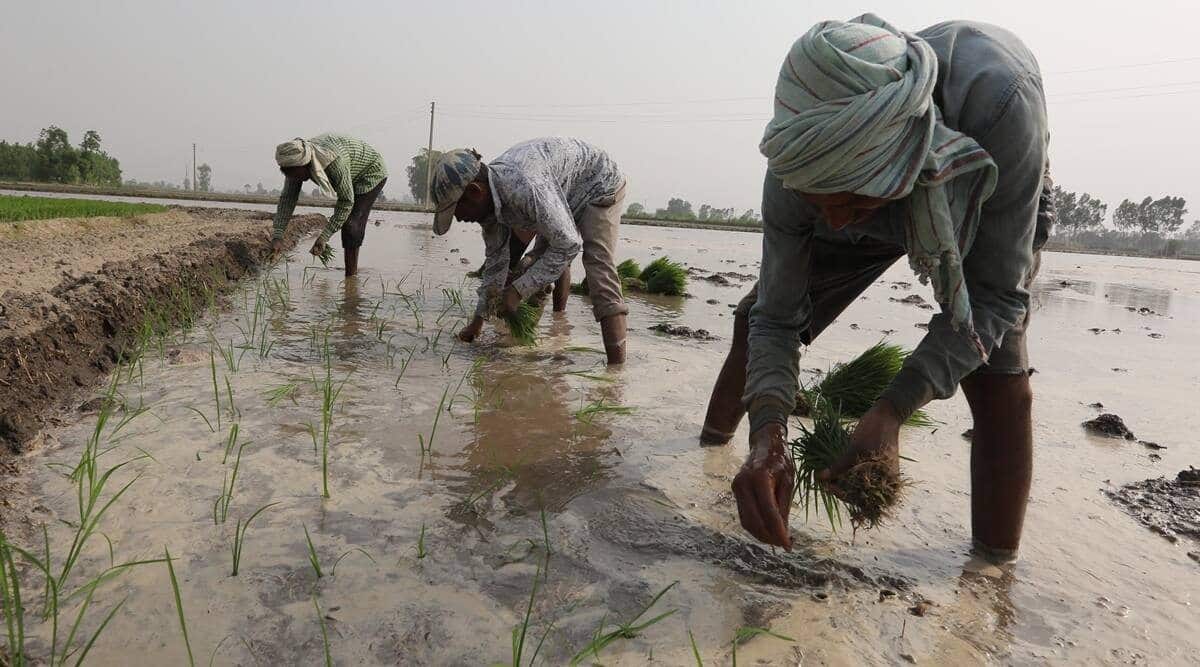 Farmer Dilip Chandra Tarafdar was tired of fighting to keep his rice crop alive in the Bangladeshi coastal village of Chandipur. If the plants managed to grow in soil made salty by decades of cyclones and floods, then strong winds would snap their stalks or pests would wipe them out. So, ten years ago, Tarafdar, 45, looked to his ancestors and started cross-breeding seed varieties that used to thrive in the southwestern Shyamnagar region but are now on the edge of extinction after farmers moved onto higher-yielding varieties. His new type of rice, called Charulata, tolerates salty soil and water-logging, stays standing in high winds and grows well without fertilisers or pesticides, Tarafdar said.

In the olden days, local people could survive just from the rice they harvested without doing other work, he noted. “But we face many problems after planting paddy (rice). So, we have come up with a new method of cross-breeding to bring back the disaster-tolerant varieties of paddy planted by our ancestors,” he told the Thomson Reuters Foundation.

The farmer said his seed variety can produce up to 1,680 kg (3,700 pounds) of rice per quarter hectare (0.62 acres), more than double what he was getting from conventional varieties. Repeatedly let down by seeds they buy or get from the government, other rice farmers in Shyamnagar sub-district are also taking matters into their own hands, reviving ancestral varieties and creating new ones that can withstand increasingly frequent storms, floods and droughts.

“Farmers in this disaster-prone area have done a great job in preserving local rice seeds and inventing rice varieties,” said S.M. Enamul Islam, the agriculture officer for Shyamnagar. That kind of innovation is one reason agriculture is still a viable livelihood in the area, he added.

One of the country’s top rice-producing regions, Shyamnagar provides work for about 45,000 farmers, according to data from the sub-district’s agriculture office. But the soil started getting saltier in the late 1980s, farmers said, when shrimp farming picked up in the area.

To create their ponds, shrimp farmers used saltwater taken from rivers, which seeped into the surrounding rice fields. Then Cyclone Ayla in 2009 brought high tides and tidal waves that submerged much of Shyamnagar, causing salt levels in the soil to shoot up, said A.B.M. Touhidul Alam, a researcher at the Bangladesh Resource Center for Indigenous Knowledge (BARCIK).

Several cyclones and floods since then have made the ground saltier, forcing many people to abandon rice cultivation. According to a study by global charity Practical Action, between 1995 and 2015, farmland in five areas, including Shyamnagar, shrank by more than 78,000 acres as much was converted to shrimp farms. And researchers warn that the water and soil in coastal Bangladesh will only become more hostile to rice farming as the planet heats up. A 2014 World Bank report on climate change effects along the coast estimated that by 2050, rivers in 10 of the region’s 148 sub-districts would become moderately or highly saline.

Hoping to create seeds that can survive such a scenario, Sheikh Sirajul Islam, a farmer from Haibatpur village near Shyamnagar, set up a rice research centre in his home, where he stores more than 155 local varieties. The farmer is working on a variety of wild rice he hopes can be adapted for cultivation. It grows naturally in saltwater on the seacoast and riverbanks, but is not as nutritious as farmed rice, he explained. He has already developed two other varieties that can withstand saline water and water-logging, which he gives out for free to more than 100 farmers in the area. “I (also) plan to set up a seed market in town. Seeds will not be sold there, they will be exchanged,” he said.

Hope for the future

Humayun Kabir, senior scientific officer at the government’s Bangladesh Rice Research Institute (BRRI), said the farmers’ work on new seed varieties was making “a significant contribution” to the development of agriculture at the local level. Several rice varieties developed by farmers over the past few years – including Tarafdar’s – have been sent to the BRRI, which tests the seeds in its own laboratories before deciding whether to distribute them to farmers across the country.

While BRRI scientists have developed at least 100 varieties of rice already, including some that can grow in salty and water-logged soil, farmers in Shyamnagar say most of them are either inefficient or unsuitable for where they live. Several told the Thomson Reuters Foundation the BRRI varieties often do not reach them and when they do, they are too expensive and not adapted to their disaster-prone area.

“I have planted them many times and the yields are not good,” said Bikash Chandra, a farmer from Gomantali village, who now uses a local rice variety invented by Sirajul Islam. The BRRI’s Kabir said the institute is working on ways to get its seeds out to more farmers. Farmers have developed 35 disaster-resilient rice varieties over the past decade, said Partha Sharathi Pal, regional coordinator at BARCIK, which gives technical assistance to Shyamnagar farmers developing their own varieties and stores the resulting seeds. Most are still in the field-testing phase, said Pal, adding that the results have so far been positive. “Farmers (in Shyamnagar) have found solutions to their own problems,” he said. “As a result, paddy cultivation has returned to many disaster-prone areas. This is a new hope for the farmers of the future.”