How NASA plans to return an asteroid sample to Earth

NASA's OSIRIS-REx spacecraft took off from the asteroid Bennu on May 10, 2021. Here is how the space agency plans to have the spacecraft "drop a parcel" containing asteroid samples to Earth. 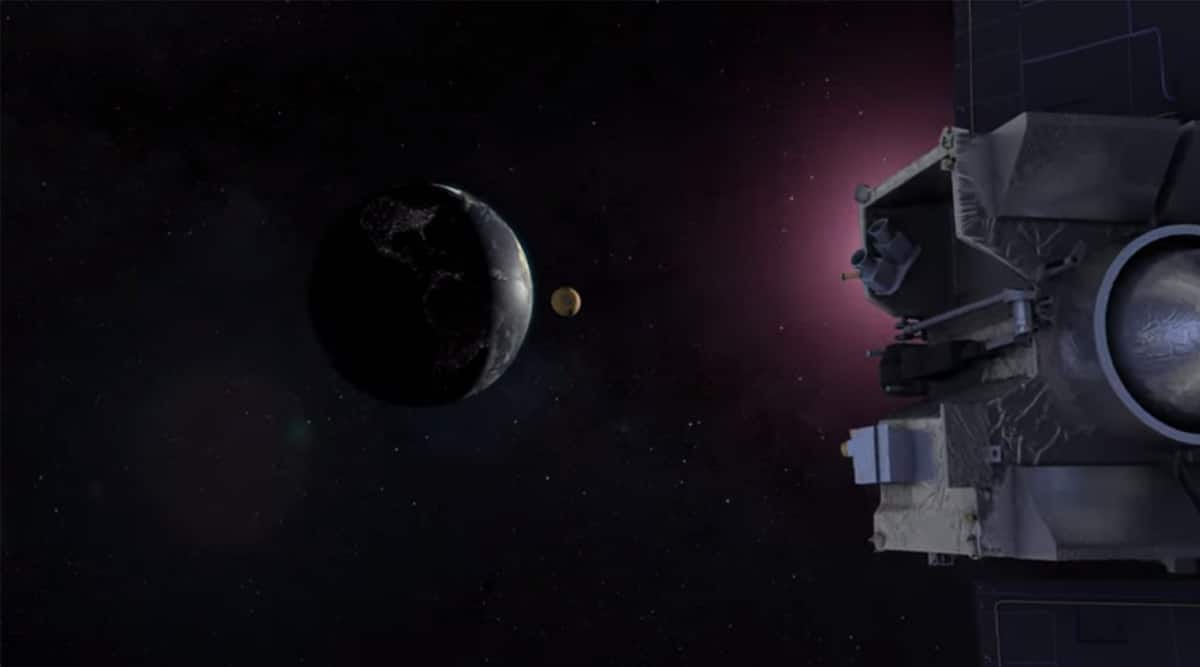 NASA OSIRIS-REx Spacecraft, Asteroid Bennu: OSIRIS-REx, NASA’s first spacecraft designed for returning an asteroid sample, began its two-year journey back to Earth in 2021 and it is now on track to deliver a sample of the asteroid Bennu back to our planet on September 24, 2023. Here is how NASA plans to execute the “parcel drop” back to Earth.

In order to make the delivery, OSIRIS-REx should approach our planet at a precise speed and direction that will allow it to safely return the sample capsule to Earth. “If the capsule is angled too high, it will skip off the atmosphere. Angled too low, it will burn up in Earth’s atmosphere,” explained Mike Moreau, OSIRIS-REx deputy project manager at NASA, in an agency press statement.

“Over the next year, we will gradually adjust the OSIRIS-REx trajectory to target the spacecraft closer to Earth. We have to cross Earth’s orbit at the time that Earth will be at that same location,” added Daniel Wibben, trajectory and maneuver design lead with KinetX. Wibben works with the Lockheed Martin team that flies the spacecraft.

On September 21 this year, the OSIRIS-REx fired its thrusters for 30 seconds, nudging its trajectory closer towards the direction of Earth. This was the first time that the spacecraft changed its trajectory since it left the asteroid on May 10, 2021. On its current course, it would pass about 2,200 kilometres away from our planet.

But starting July 2023, a series of manoeuvres will bring the spacecraft much closer, about 250 kilometres off the surface of our planet. At this distance, it can release the sample capsule for a precision landing at the United States Air Force’s Utah Test and Training Range.

Importance of the sample

According to NASA, asteroids can act as “time capsules” for the earliest history of our solar system. They can preserve chemical signatures from a long time ago when our universe was a younger place, and maybe even have samples of the ancient building blocks of life.

NASA is building a new curation lab at the Johnson Space Center in Houston with the specific purpose of storing this sample. They are currently designing specialised gloveboxes, tools, and storage containers to make sure that the samples are not contaminated and that they stay in pristine conditions.

While the space agency will distribute portions of the samples to scientists around the world, a large fraction of it will be preserved so that it can be studied by future generations with much more advanced technology. This is just like how samples of the Moon from the Apollo mission are still preserved decades after the program ended. Some of them were only opened earlier this year.