NASA's Lucy is the first ever mission to the Jupiter Trojan asteroids, which are an “ancient population of asteroid fossils” that are believed to have been made out of the same materials which led to the formation of the planets in our solar system nearly 4 billion years ago. 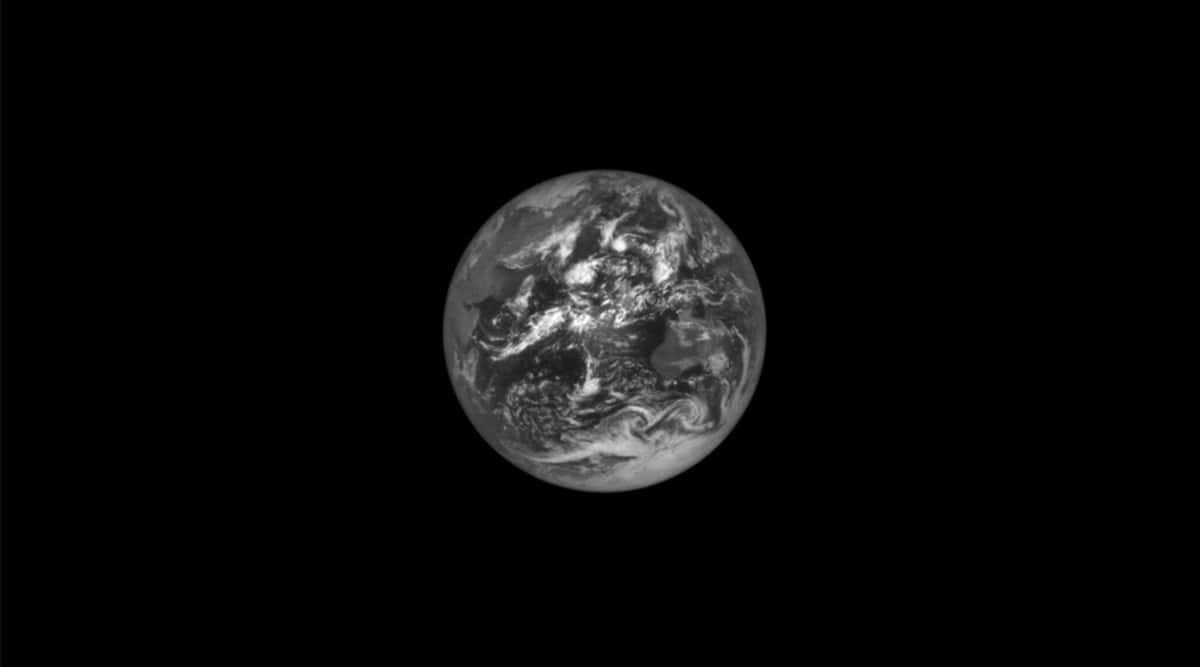 NASA’s Lucy spacecraft captured this image of the Earth from about 620,000 kilometres away. (Image credit: NASA/Goddard/SwRI)

While on its epic journey to the Trojan asteroids that share Jupiter’s orbit with the Sun, NASA’s Lucy spacecraft captured this image of the Earth from about 620,000 kilometres away. Interestingly, the spacecraft was named after the 3.2 million-year-old fossil of a human ancestor discovered in Hadar, Ethiopia. The region is included in the upper left of the image.

Lucy was launched on October 26, 2021, from the Cape Canaveral Space Force Station in Florida using an Atlas V 401 rocket. This image of the Earth was taken using the spacecraft’s Terminal Tracing Camera (T2CAM) system. T2CAM is a pair of identical cameras designed to track asteroids during the spacecraft’s high-speed encounters.

Two days before the spacecraft captured the above image of Earth, it captured the below image of the Earth and the moon from about 1.4 million kilometres away. Lucy took this image as part of its instrument calibration sequence as it made approached our planet for a gravity assist.

You might have to turn up your brightness to spot the Moon in this image. (Image credit: NASA/Goddard/SwRI)

It has two more such planned Earth gravity assists, which will provide the spacecraft with the speed it needs to approach the Trojan asteroids. According to NASA, Lucy will fly close to a record-breaking number of asteroids during its 12-year journey, surveying their diversity and finding clues to better understand how our solar system was formed.

It is the first mission to study the Trojan asteroids, which are described as an “ancient population of asteroid fossils” that orbit the sun at the same distance as Jupiter. Its first encounter will be with an asteroid that can be found in the main belt between Mars and Jupiter. The asteroid has been named “Donald Johnson” after the paleoanthropologist who discovered Lucy, the fossil.

Hello, beautiful! As the #LucyMission passed by Earth recently, it captured this look at our planet. The upper left of the image includes a view of Hadar, Ethiopia, home to the 3.2 million-year-old human ancestor fossil for which the spacecraft was named https://t.co/EiQj0xIDr3 pic.twitter.com/BaO0s6PTbO

According to some planet formations and evolution models, the Trojan asteroids are believed to have formed from the same materials that created the planets when the solar system was formed nearly 4 billion years ago. The spacecraft will look to determine the mass and densities of materials in these asteroids and will also look for and study satellites and rings that may orbit some of these asteroids.