The Hubble Space Telescope captured this stunning image of a nebula with what appears to be the inky blackness of cosmic emptiness at its centre. 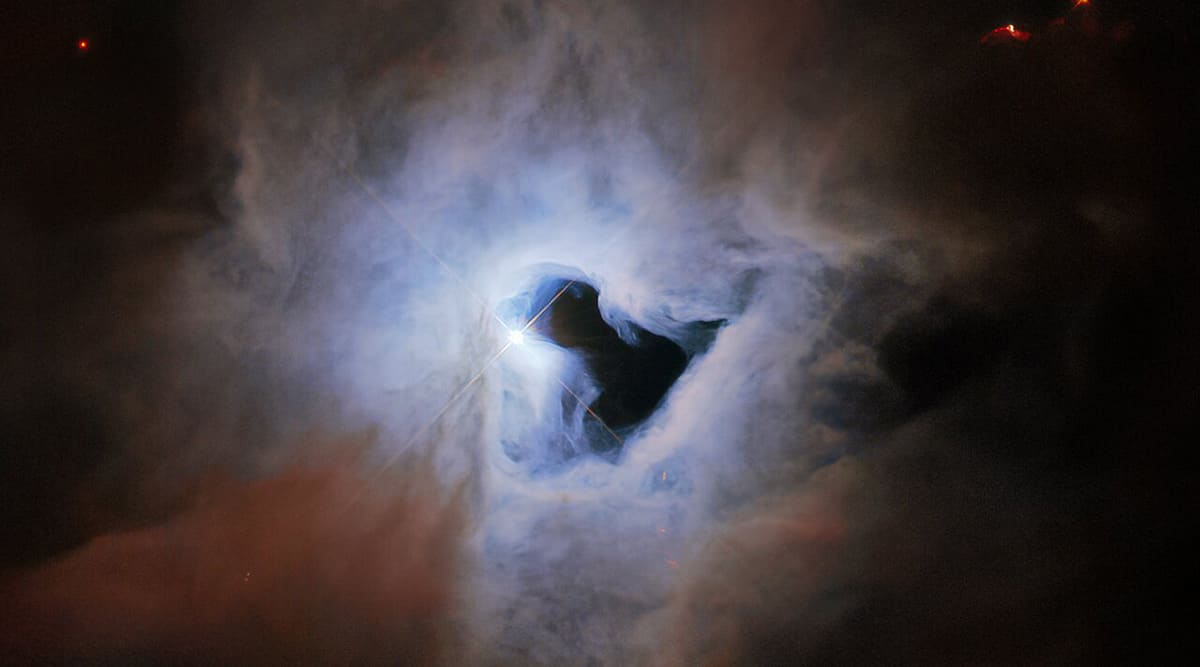 NGC 1999, the reflection nebula in this Hubble image, is around 1,350 light-years away from out planet. (Image credit ESA/Hubble & NASA, ESO, K. Noll)

The star of this interesting image taken by the Hubble Space Telescope is NGC 1999, a reflection nebula around 1,350 light-years away in the constellation Orion. The reflection nebula is the closest region of massive star formation to Earth, according to the European Space Agency (ESA). The image was created using archival observations from 1999.

Reflection nebulae are clouds of interstellar dust and gas that can reflect the light of nearby stars. The image of NGC 1999 looks just like fog curling around a streetlight, and just like the fog, the nebula gets shines because of light from a separate source. This source is the newborn star V380 Orionis, which is the bright spot of light visible at the centre of the image.

But the most remarkable aspect of the nebula’s appearance is the gaping hole at its centre, with the inky blackness of cosmic emptiness. When the nebula was captured in 1999, scientists initially believed that the dark patch was something called a Bok Globule, which is the name for a dense, cold cloud of gas, molecules and cosmic dust that blots out light from the background.

1/ You would need a big key to unlock this peculiar picture of the week from Hubble. This image shows NGC 1999, a reflection nebula in the constellation Orion. NGC 1999 is composed of detritus left over from the formation of a newborn star.

But follow-up observations of the nebula taken using the Herschel Space Observatory revealed that this patch is actually an empty region of space. Scientists cannot yet explain the origins of this mysterious blank space at the centre of the nebula.